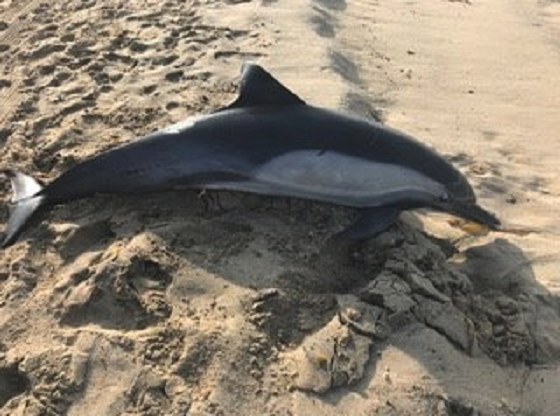 Earlier this month, officials responded to reports of a dead dolphin that washed ashore on Manhattan Beach in Southern California. Upon further inspection, it was discovered the dolphin had one bullet hole, which reportedly led to its death.

Marine Animal Rescue posted the following on their Facebook page:

“The next photo, while upsetting, is important to share. It shows a dolphin we found dead on Manhattan Beach, California. Upon rescue and examination, Dr. Palmer found that the dolphin died from a bullet wound.

“There is NO excuse for such brutality against these beautiful animals.

“We are offering a $5,000.00 reward for information leading to the conviction of the person that shot the dolphin. Your help is appreciated.”

Many other users responded expressing disbelief and sadness.

“I only hope this sick person is caught and realizes what a horrific thing they have done to such an innocent and intelligent mammal,” wrote Pam Fisher.