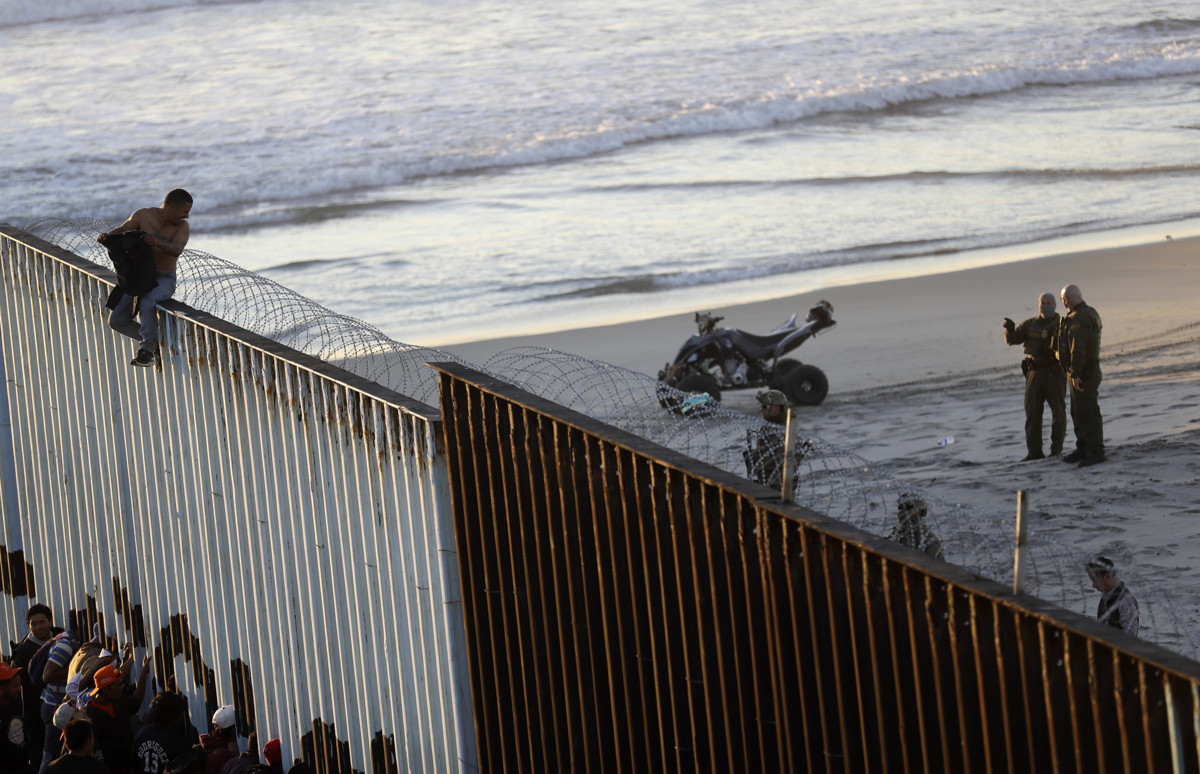 Hundreds of Honduran Migrants Are Currently Camped On Tijuana Beach, Just Feet Away From Border

Countless migrants have set up makeshift camps on a beach in Tijuana near the see-through fence that separates the United States and Mexico. From their tents, they can view their target destination where they will most likely claim asylum.

Border Patrol, ICE and other federal law enforcement officials are working around the clock in hopes of preventing the migrants from crossing over onto U.S. soil. The military is also deployed in the area, but it is unknown at this time what their role is regarding the situation.

Nearly 100 “mostly LGBT people” from the first caravan arrived in Tijuana on Sunday, with some of the members immediately scaling the fence and happily celebrating after reaching the top. A few managed to jump down onto the U.S. side, but quickly turned around when Border Patrol officials approached.