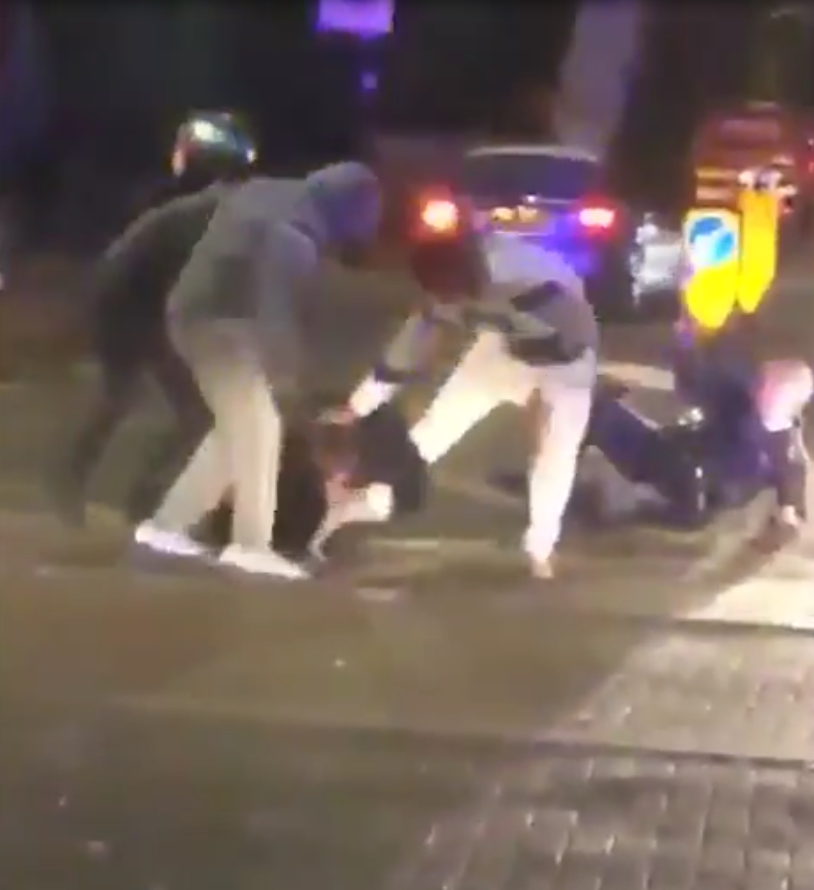 Mobile phone footage recently posted on Twitter shows men wearing hoodies attacking two male and female police officers on a south London street. One of the suspects backs off for a brief moment, but eventually rushes back in and kicks the policewoman. She subsequently fell to the ground and narrowly missed getting run over by a large red bus.

Multiple cars and bystanders can be seen passing by without intervening or helping the distressed officers.