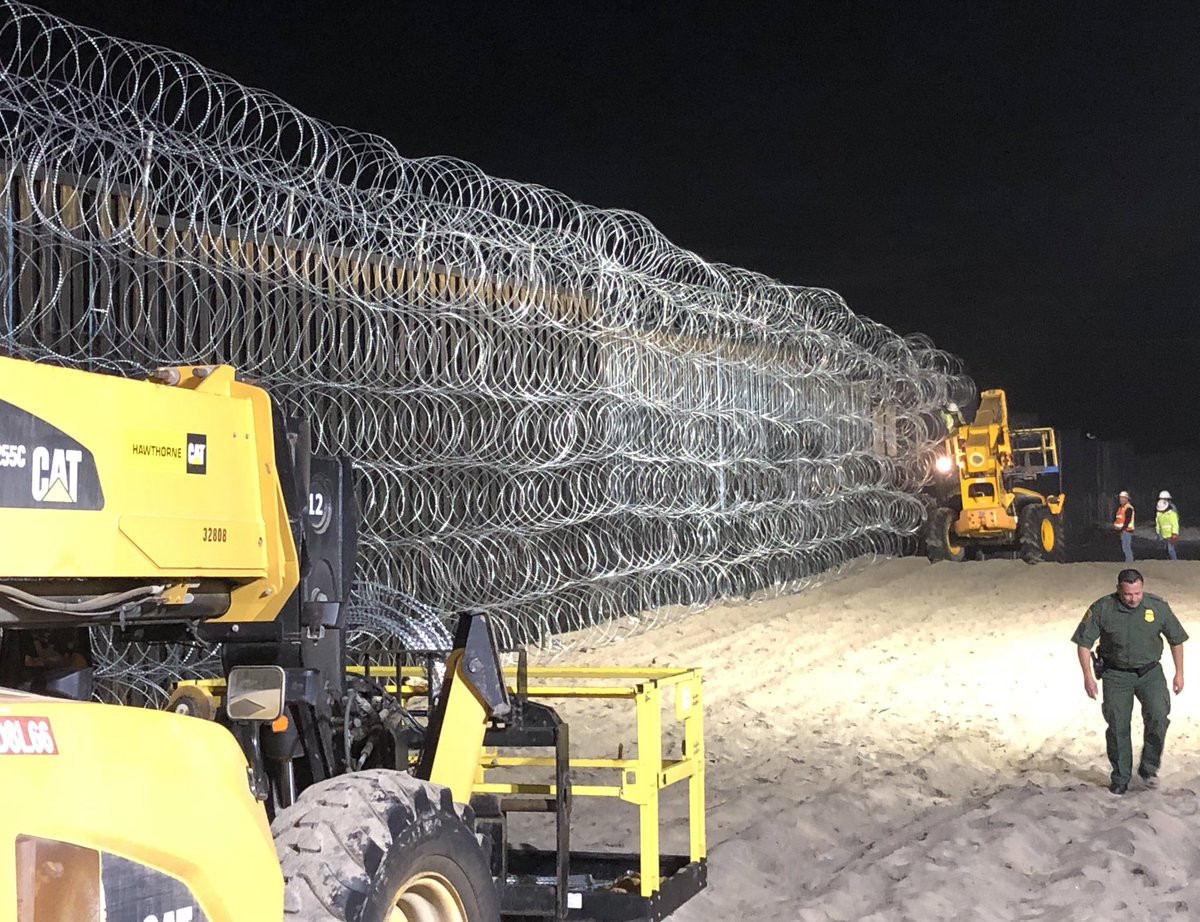 The U.S. Is Using 22 Miles Of Razor Wire To Secure The Border From Influx Of Migrants

In a statement, the agency said:

“CBP officials received reports of groups of persons from the caravan gathering in the city of Tijuana for a possible attempt or attempts to rush illegally through the port of entry instead of presenting themselves as required to a CBP officer.

“CBP officials suspended operations to safely place impediments at the port of entry that would restrict access to a large group attempting to run through the border crossing. After the CBP response at San Ysidro, no activity materialized at the border crossing”

So far, nearly 6,000 Central American migrants have arrived in Tijuana, Mexico. An additional 1,600 are in the city of Mexicali. Most of the migrants are seeking to enter the United States and claim asylum.