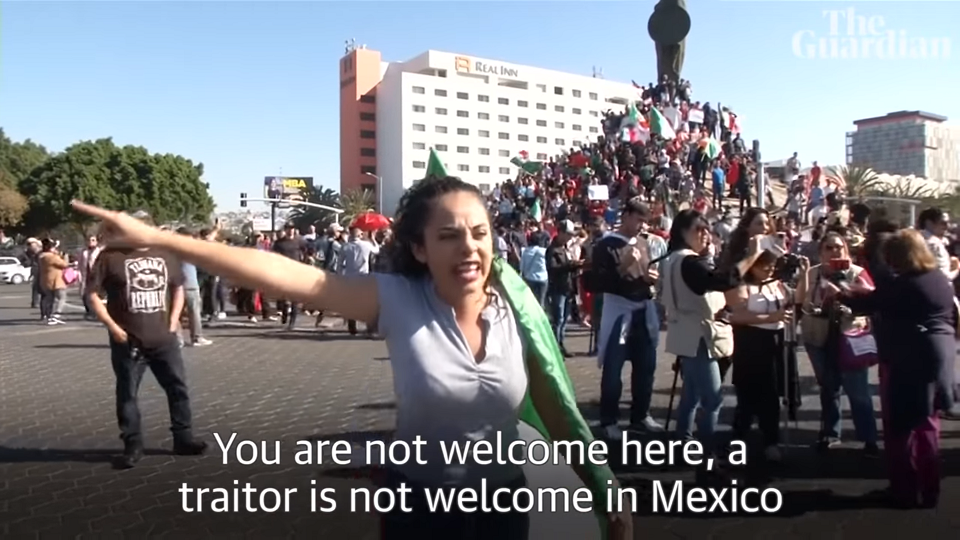 Hundreds of residents of the Mexican border city of Tijuana protested the thousands of Central American migrants who arrived in the hope of starting a new life in the United States.

On Sunday, local residents waved Mexican flags, sang the national anthem and chanted “Out! Out!” At one point, police formed a barrier between the Central American migrants and protesting locals.

Protesters have called the migrant caravan an “invasion” and are accusing the migrants of being messy, ungrateful and a danger to Tijuana. They are concerned Mexican taxes might be spent to care for the group as they wait, possibly months, to apply for asylum in the U.S. (Credit: The Guardian)

Image and Video Credits: The Guardian