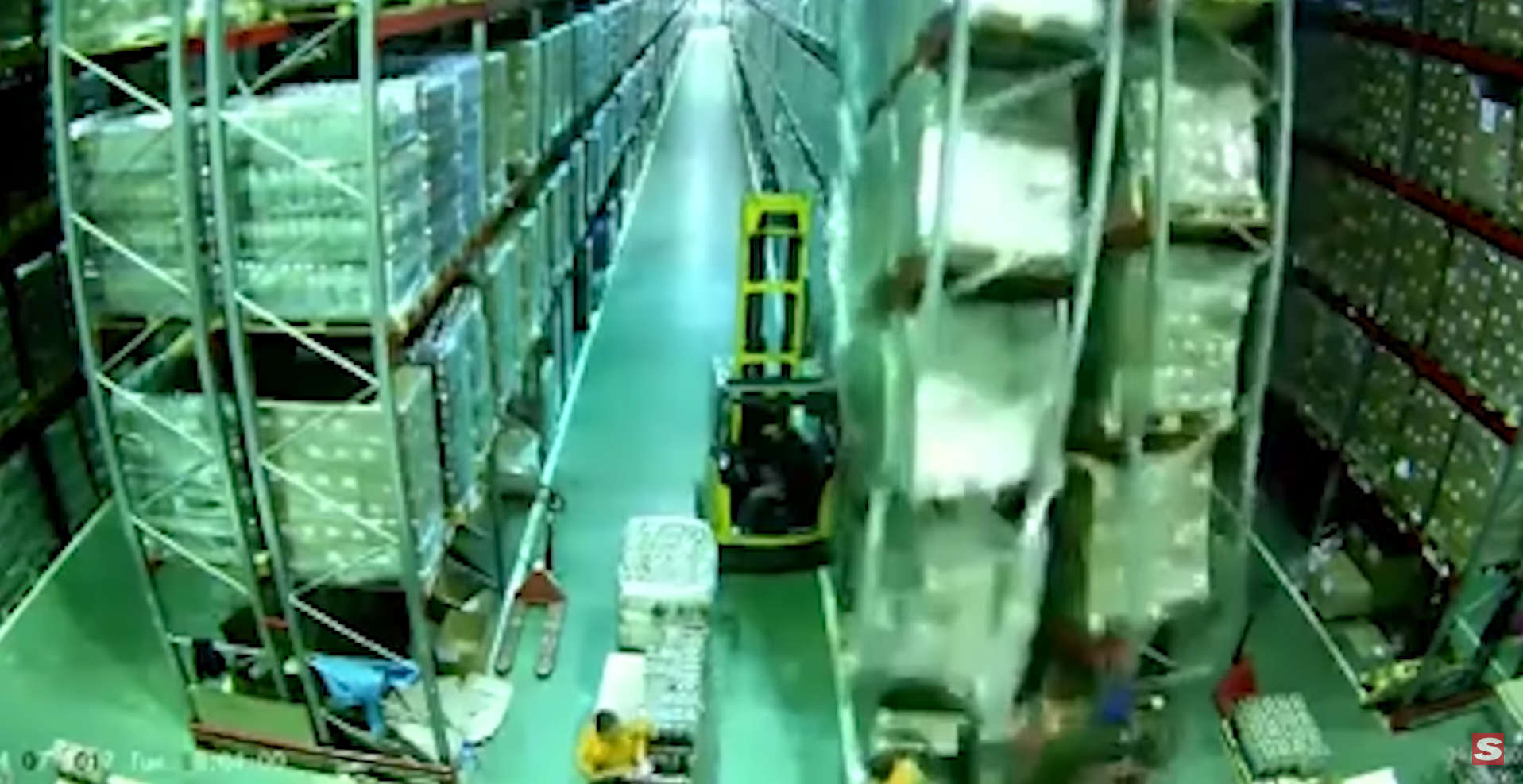 THIS is the bizarre moment a luckless forklift truck driver flattens an entire warehouse – after gently nudging a shelving unit.

Then as he drives towards the camera he swerves ever so slightly to his right and taps one of the metal racks with his truck.

Within a split second, the entire unit collapses showering the driver and two of his workmates in cardboard boxes.

Some kind of white material is seen spilling from the packaging, which was being stored at an unknown location.

Then in domino fashion the rest of the shelving units start to tumble one-by-one until just one rack remains standing.