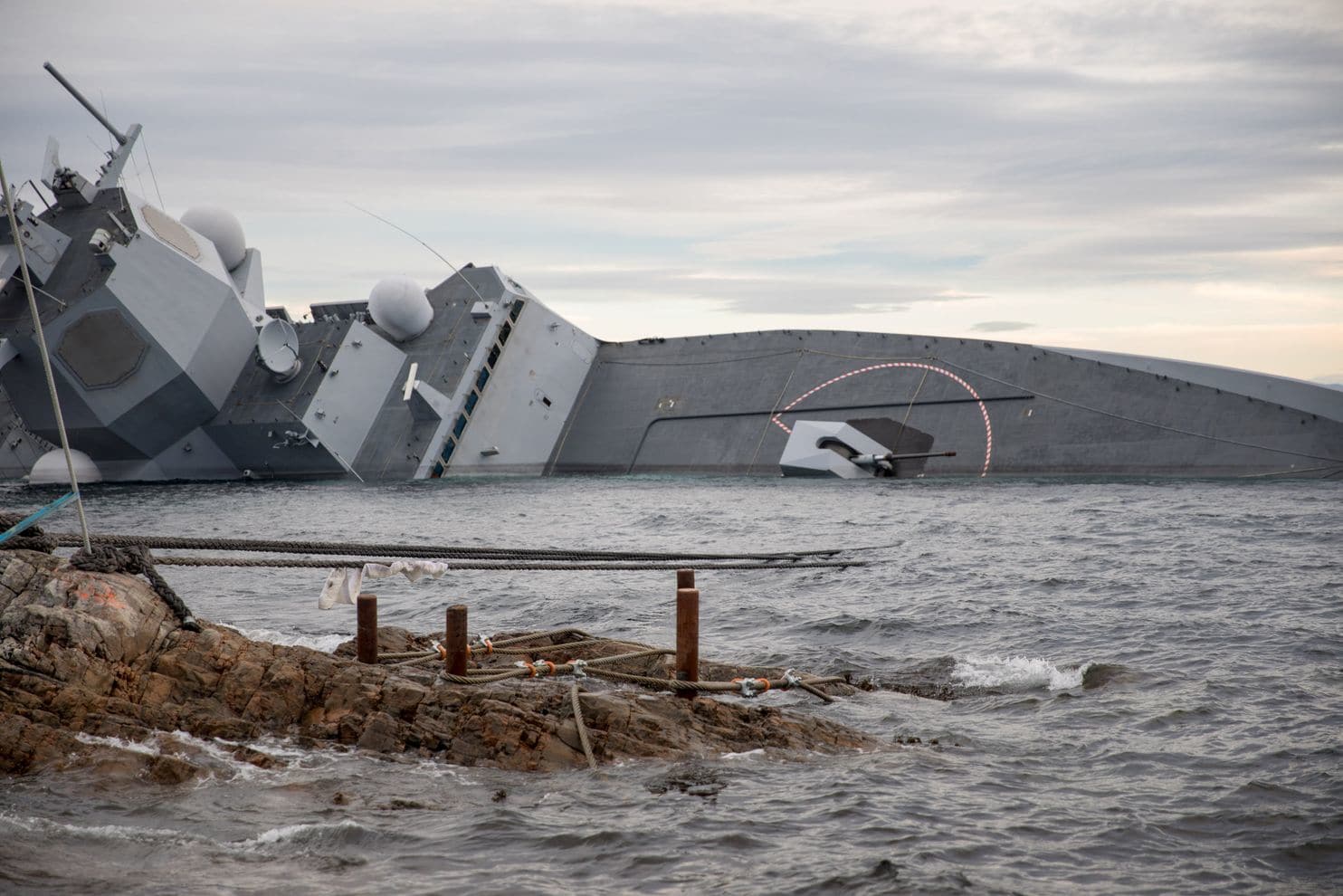 Website DN Dagens Næringsliv reports that an American naval officer who was in training happened to be aboard the Norwegian frigate KNM Helge Ingstad when it collided with the tanker Sola TS on November 8th. The frigate received a large gash on its hull and has since almost entirely sunk into the ocean.

A sound recording that was recently published revealed the frigate received several warnings from the tanker before the collision.

According to the news site:

“The entire radio communication is in Norwegian, but DN is now aware that there was an American female officer on the bridge on the Norwegian frigate when the collision occurred.

“Helge Ingstad conducted a navigation exercise, and the US exchange officer was under the supervision of a Norwegian officer.

“The Department of Defense has previously confirmed that a US naval officer was on board, but it has not been known which role they had.”