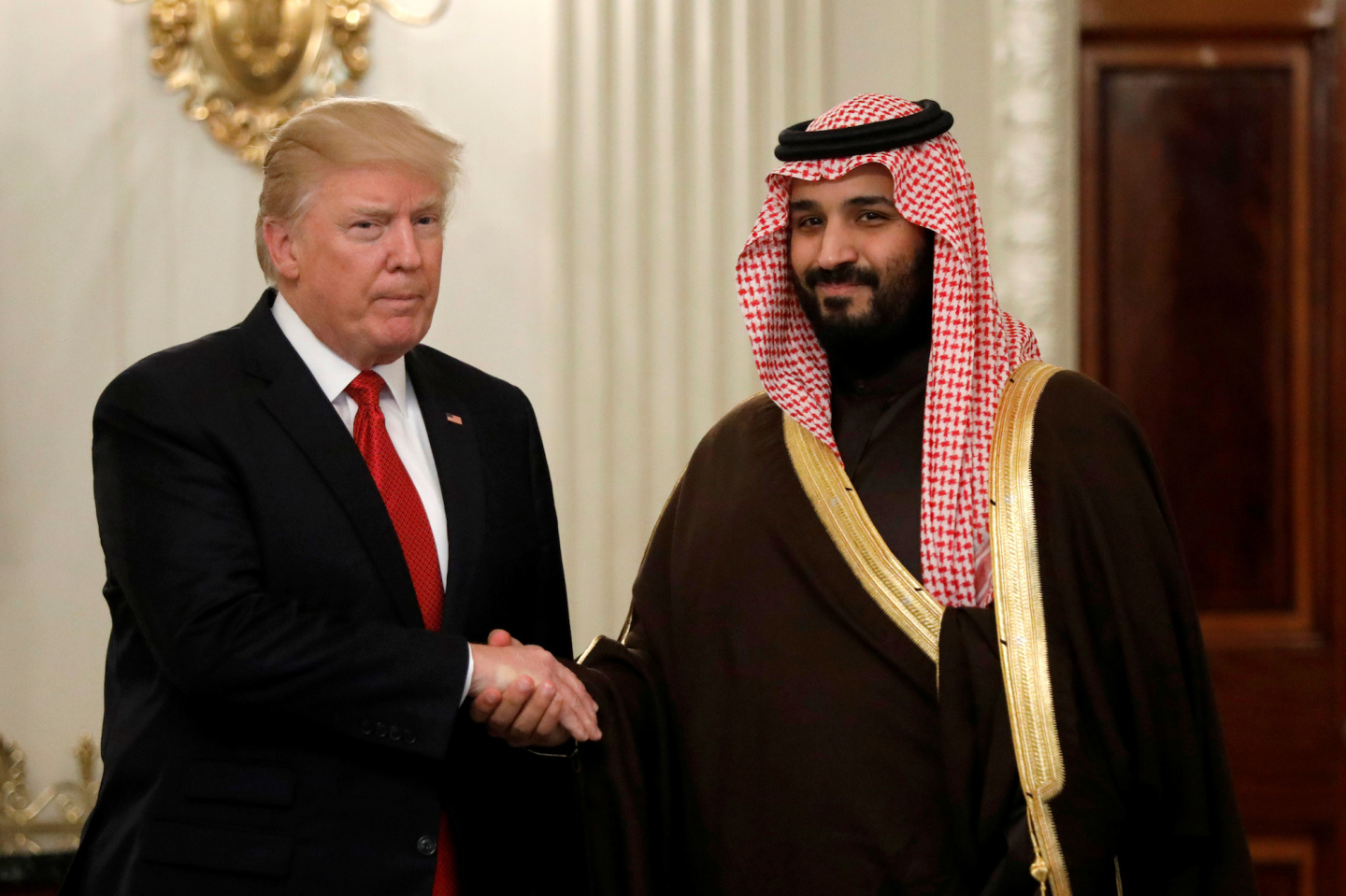 MUST READ: Powerful Analysis Of The Trump-Saudi Arabia Situation

President Trump has received a ton of backlash over his handling of journalist Jamal Khashoggi’s murder, especially after the CIA confirmed Saudi Arabia’s Crown Prince Mohammed bin Salman ordered it.

But is there more to the story?

One person, who appears to be a geopolitical expert, offered his thoughts on the matter, covering not just Khashoggi’s death, but also Iran, oil prices, the stock market, Las Vegas shooting, Deep State and more.

1. Trump had a sit down with the King of Saudi Arabia last year. The king held a sword dance to honor President Trump. Sword dance = big deal in SA.

2. Last November, the House of Saudi Arabia was cleaned up. The Ritz Hotel became a jail. A certain prince who had connections to the Vegas shooting was stripped naked and hung upside-down from the ceiling to tell the others they aren’t messing around. His money was confiscated.

3. While “Deep State” (DS) is an American term, let’s call it “The New World Order” or “Global Cabal” for the international level. The DS lost their men inside Saudi Arabia as Mohammed bin Salman cleaned house (literally).

4. The DS, led by such families as the Rothschilds and Paysuers, needed to get back at Saudi Arabia. Specifically, they needed to take Salman out. They set up a trap and this Khashoggi character became a pawn to be sacrificed.

5. Khashoggi died. Salman was framed. Ideally this was intended to create a rift between Trump and Saudi Arabia since Trump was supposed to give in to pressure and place sanctions on SA.

6. That doesn’t happen. Instead, Salman tells the Rothschilds and Paysuers to F off and immediately tanked the price of oil.

7. This is the last thing the Rothschilds and Paysuers expect. They never thought the Saudi King would play economic warfare and start messing with the petrodollar. They thought all Salman cared about was money. They thought wrong. Trump and the king are now letting the world know they control the petrodollar and will tank the price of oil as much as it is necessary.

8. The Rothschilds and Paysuers are caught short with the unexpected loss in energy costs. Their losses in other industries are huge as they were heavily invested in energy and expecting those stocks and profits to climb. This forces them to liquidate stock assets in response, tanking the stock market.

9. With the Saudis crashing oil, the biggest hurt is placed on Iran since their cost per barrel is the worst of OPEC. Moreover, Trump reinstated sanctions and has closed loopholes that were open for years that allowed Iran to sell oil on the black market. What little oil Iran is selling now is worth a lot less and they are economically placed between a rock and a hard place.

10. The DS can no longer fund rogue agents in Iran as easily anymore, at least not since the CIA has been cleaned up by Trump. Also, Obama isn’t sending plane loads of cash to them (not that all of those cash-loaded planes went to Iran).

11. Ultimately, this means Iran is now in a very dangerous position.

There is Option A: Don’t give in to US pressure, remain a pawn of the DS, and as a result, possibly be overthrown by your own people. If there is an uprising in Iran, Trump and America will support it.

Option B: Walk away from the puppet masters and become a peaceful member of the world community, which will never happen since those in power in Iran have already been corrupted by the DS. If they walk away, the DS will suicide them.