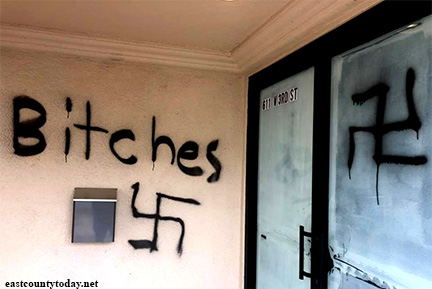 California Police Investigate Hate Crime; What They Discovered Is Disturbing…

East County Today recently reported about some shocking vandalism that affected more than 20 businesses and vehicles in their community. Local police have reported the suspect used spray paint and, in some instances, wrote the word “Bitches” along with drawing a swastika at the affected locations.

Eugene Jackson, a pastor at the Church of God, said the following in response to the heinous crimes which also targeted his organization:

“We just bought this building, we have been in the city for 16 years. What has been so disheartening, I know about the racial legacy and history of racism, especially with black churches. They have been burned, bombed, and black people have been killed. And to see those swastikas as racial hatred and bigotry is the first thing that came to my mind. We don’t want to spread hatred, we want people to know racial hatred still exists which is why they have not yet been covered up.”

Here is a photo of the suspect and his vehicle: 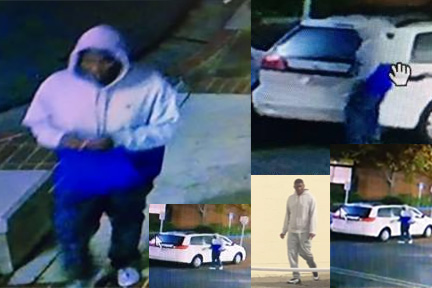