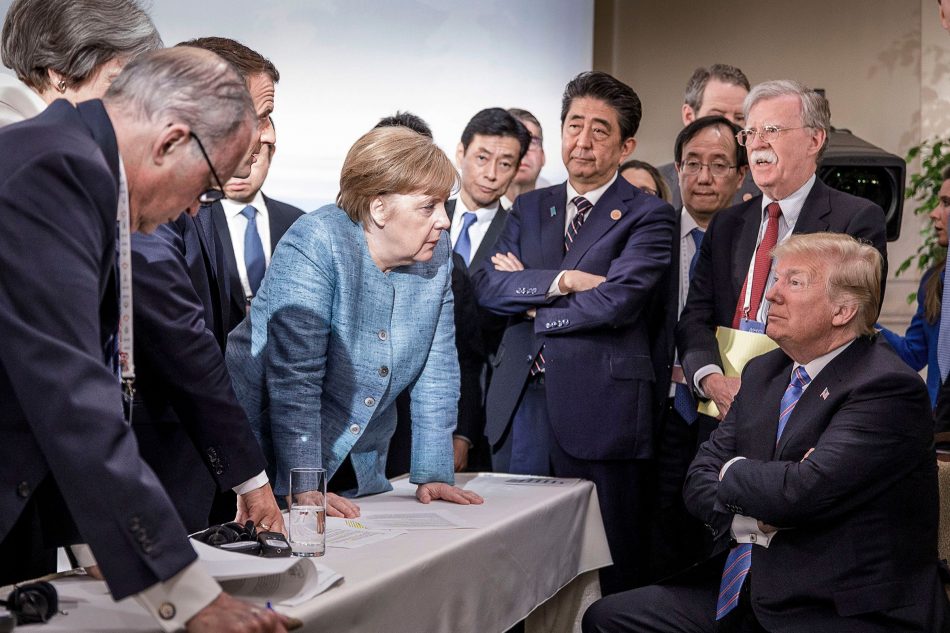 Americans and Germans are worlds apart on the overall state of their relationship, according to Pew Research Center. 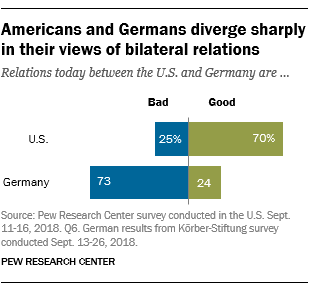 In contrast, only 56% of Germans viewed relations between both countries in a negative light when a similar study was conducted in 2017.

Another chart from Pew Research measured the sentiment of cooperation between the U.S. and Germany and whether one should make an effort to cooperate more or less with the other: 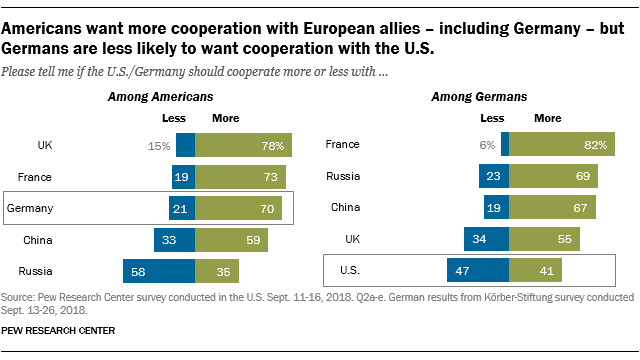 When asked about cooperation with other major powers, Americans and Germans generally agree that their countries should cooperate more with France, the United Kingdom and China.

Russia was a whole other matter. The majority of Americans (58%) want less cooperation with Russians, while 69% of Germans want more.

As for defense spending, both countries’ citizens are, for the most part, in agreement: 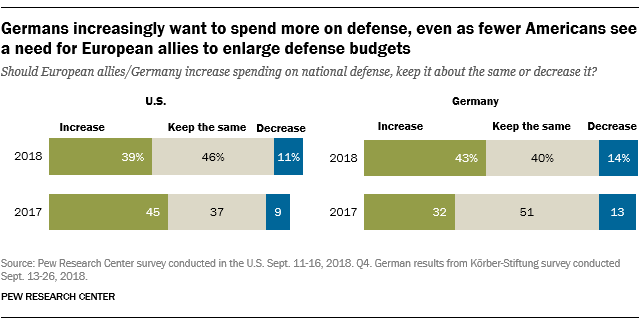