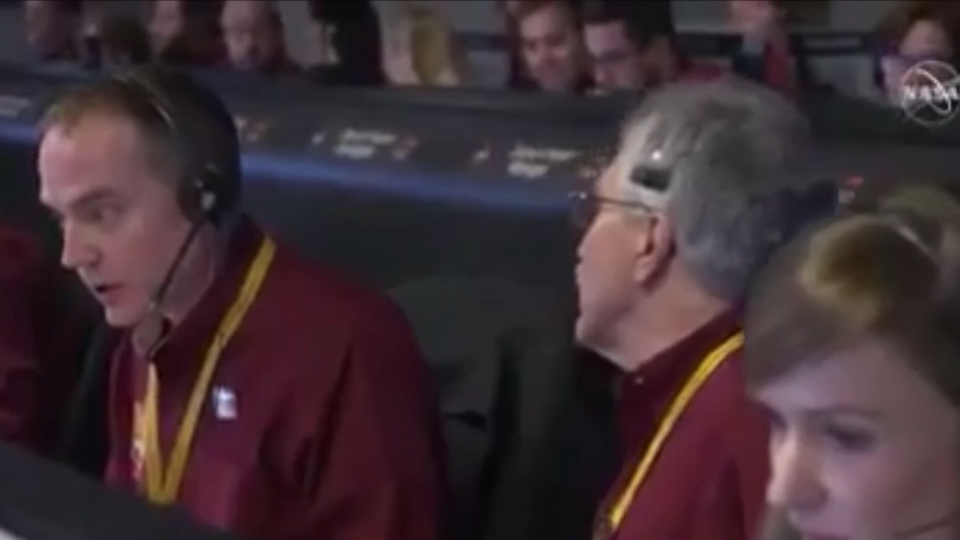 Did We Actually Land A Spacecraft On Mars, Or…

People from around the globe recently celebrated the successful landing of NASA’s InSight spacecraft on Mars.

According to the space agency:

“InSight’s two-year mission will be to study the deep interior of Mars to learn how all celestial bodies with rocky surfaces, including Earth and the Moon, formed.”

The lander launched aboard a rocket from Vandenberg Air Force Base in California on May 5th and successfully touched down on the red planet on November 26th near a smooth expanse of lava called Elysium Planitia.

On Monday, the landing was televised worldwide. Multiple cameras recorded mission control operators during the last few moments of InSight’s descent as it entered Mars’ atmosphere and landed on the Martian surface:

But, isn’t it sort of odd how the focus of InSight’s landing event mostly centered around NASA/JPL employees nervously watching and reacting to their screens and then erupting in cheers, laughter and applause?

There were absolutely no photographs or video – even during InSight’s approach to Mars.

The only photo we were able to see was just after the lander already touched down:

Yes, we know there’s a significant time delay while sending data across long distances. Per Mars-One.com:

“All communication between Mars and Earth goes through satellites. Because of the distance, there is a substantial delay. As communication signals travel at the speed of light, this means that it can take between 3 and 22 minutes for the information to reach the other end…”

The event itself lasted far longer than 22 minutes. We could have at least received an image of the planet from space as the craft approached it. Possibly even choppy video footage.

InSight’s mission partners, the Mars CubeSats (MarCO-B), relayed ONE photograph back to Earth as they were flying away from the planet after InSight had already landed:

Uh, nice quality photos you have there, NASA…

In an age where nearly everyone has a smart phone capable of taking HD photos and videos, as well as streaming crystal clear movies, shows and other programs right in the palm of their hand, wouldn’t you think NASA might have the foresight to invest some of that nearly $1 billion into high quality camera equipment?

Even Elon Musk’s SpaceX seems to be better prepared when it comes to broadcasting their amazing achievements, whether it be landing rocket boosters upright for reuse or launching the Tesla “Starman” into deep space:

Some skeptics believe NASA (and other space agencies) are all a big, fake money laundering operation for other government groups such as the CIA or MI6. They think the moon landings, which took place between 1969 and 1972, were all recorded here on Earth in a Hollywood studio. The Mars rover footage is also supposedly doctored with CGI effects.

We’re not exactly ready to go full bore with those theories, but we do find it a bit odd how NASA, in 2018, can’t get their act together and stream back some live (albeit delayed) footage or even still images of their extremely expensive, months-long space missions.

What are they afraid of? Scrutiny? Criticism? Or perhaps maybe the truth will finally come out after decades of lies and deception.