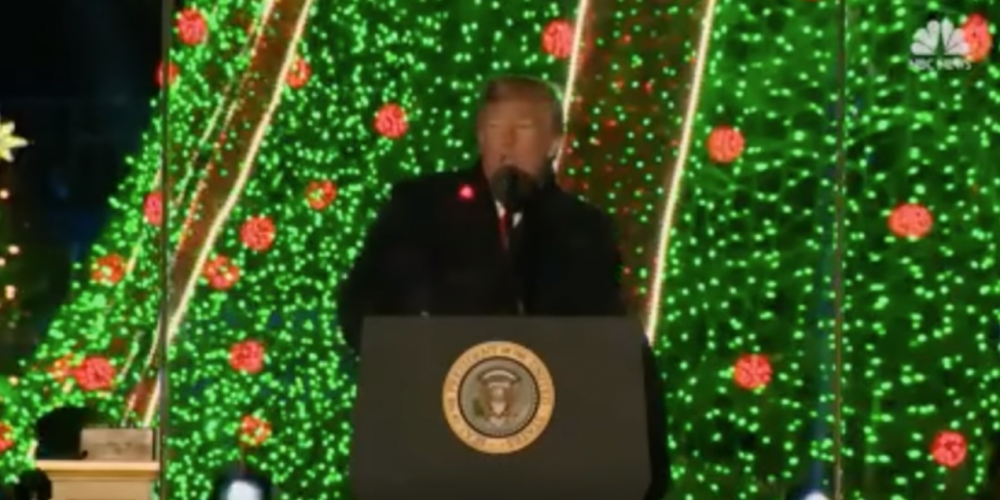 What on Earth is going on? While the POTUS spoke at the annual White House Christmas lighting ceremony last night, strange red dots could be seen appearing on his face and chest. 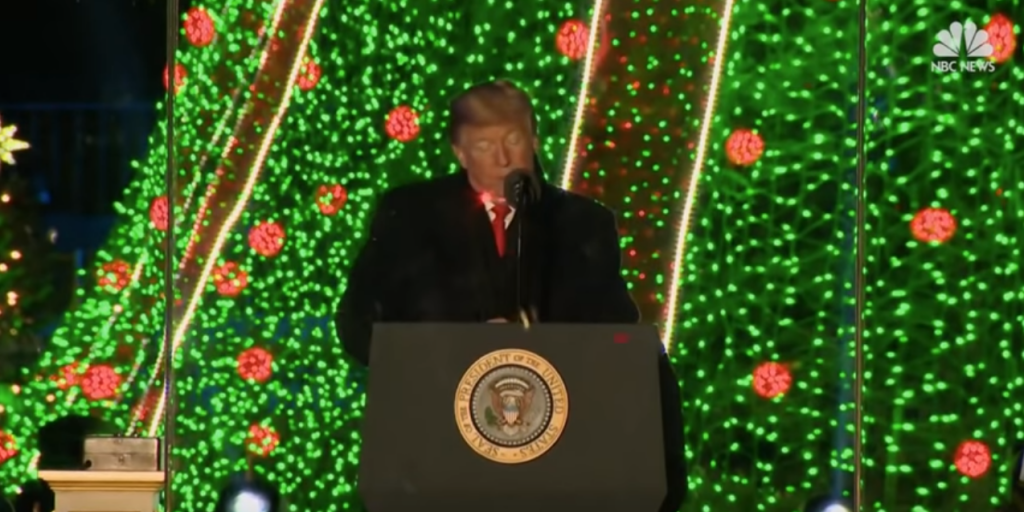 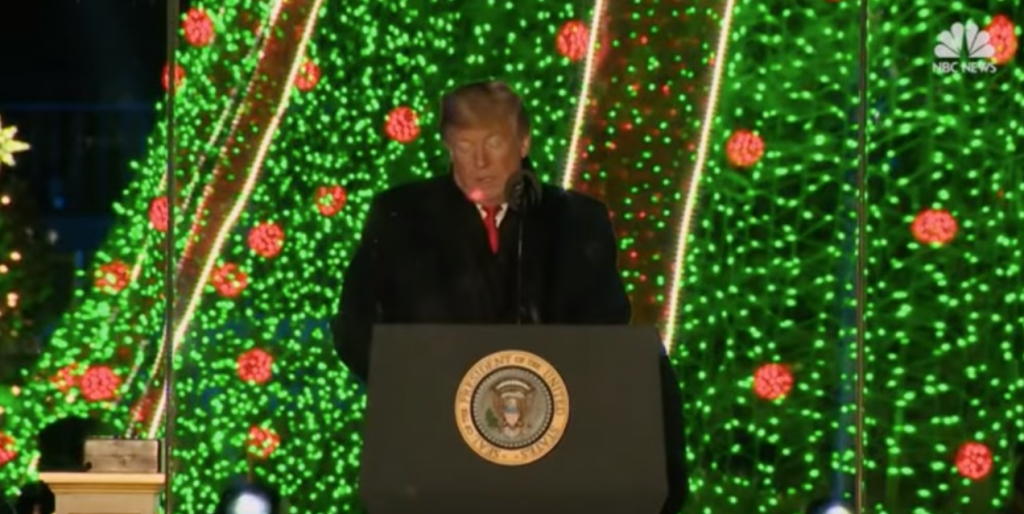 As you can see, each dot flashed and/or moved around erratically. Some viewers thought they were coming from either a laser pen or gun’s laser scope. Later on, it was speculated the red dots were most likely caused by cameras using red-eye reduction features.

Next, after the president took a seat, a local reporter snapped a photo of Trump from behind, but the picture he posted on Twitter included crosshairs aimed directly at the president’s back: 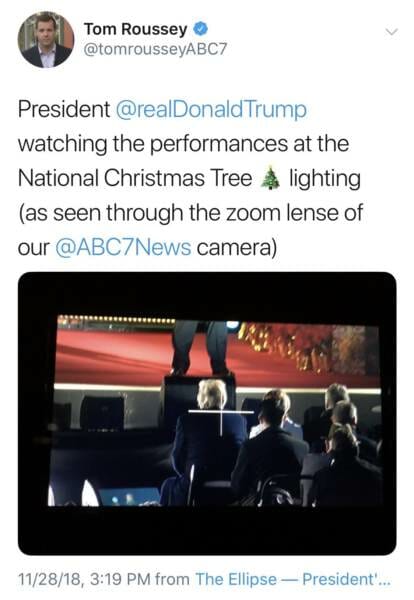 The tweet has since been deleted and Roussey later issued a lengthy apology:

Hi everybody, I just want to apologize and I couldn’t fit it in a regular tweet. I’m really sorry. It’s my fault but I hope you can forgive. pic.twitter.com/U4GfB6guc0

Anybody who knows Tom, and I know Tom very well, knows he would never in a million years do something like this on purpose. Ever! He’s a sincere and serious journalist and one heck of a wonderful guy.

Now THAT is what a true apology sounds like.

I have seen the picture, and quite honestly, it was such a terrible picture from a photography point of view, it is really hard to believe you posted it for any other reason than the cross hairs. Why would anyone post the pic otherwise? To show how a lousy photo one can take?

After JFK’s murder why would we trust anyone?

It was reported earlier that the President left the tree lighting ceremony rather abruptly and left the press pool behind. Could this be why they left like that?