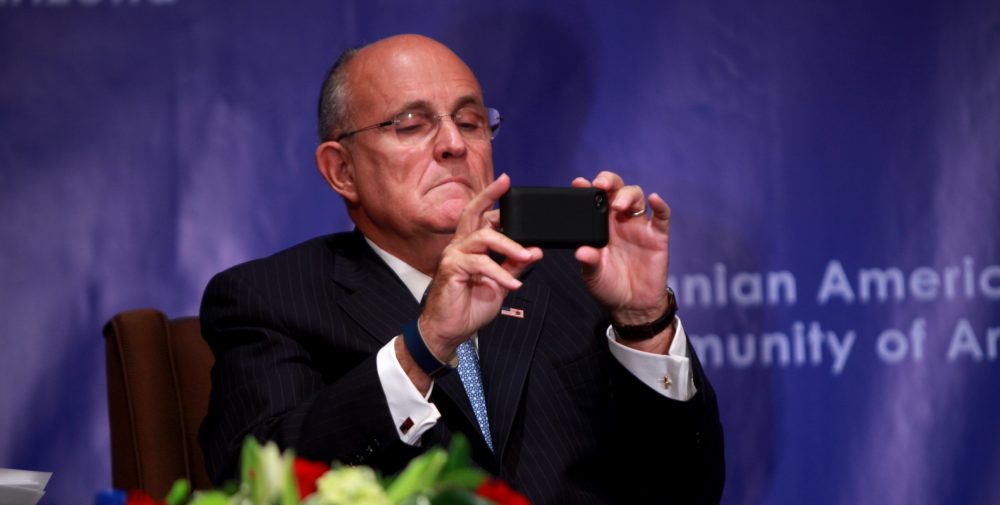 Or was it just a “covfefe” moment?

On Friday, the former mayor of New York and President Donald Trump’s personal lawyer, posted a cryptic-like reply to one of his earlier tweets about the hysterical media coverage over Michael Cohen’s recent plea.

First, the original message posted at 6:38am ET:

Hysterical coverage of Cohen plea. It misses point that ,once again like Corsi leaked documents demonstrate, Mueller’s crew has no evidence of collusion. Along the way,however,he is keeping America safe from false statement makers or people with faulty memories or both.

Next the strange reply:

What does it mean? Anyone?

Of course the mainstream media was quick to tear him apart, pointing out how some are “questioning his mental state” and are mockingly recalling Trump’s “covfefe” moment that went viral. Per Newsweek:

It is unclear how or why Giuliani came to tweet the apparent gibberish, although it had still not been deleted more than 20 minutes after it was sent out to his almost 200,000 followers. It certainly provided plenty of entertainment for Twitter users, who questioned the former New York mayor’s mental state and mockingly recalled “covfefe.”

If you’ve decoded Giuliani’s mysterious message, let us know in the comment section below.