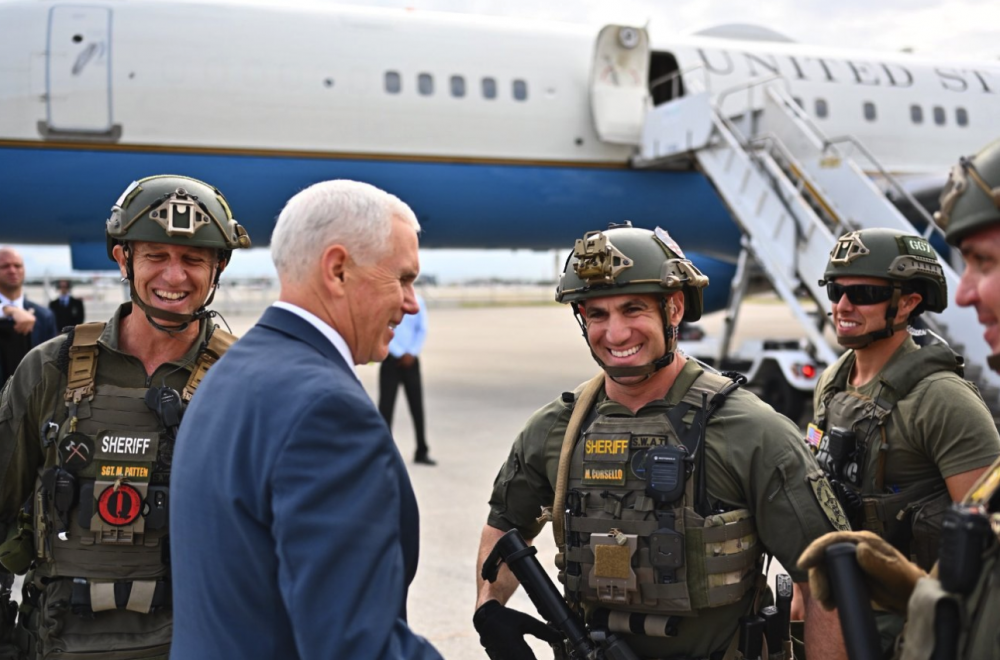 “QAnon Cop” Gets Demoted And Removed From SWAT Team

The VP posted a photo of the moment on his Twitter account, but later deleted it after the connection between the patch and Qanon was made.

View an image of the patch below, which is sold on Amazon:

Today, Mike Pence posted a photo on Twitter with a Flordia law enforcement officer wearing a QAnon patch for sale on Amazon pic.twitter.com/vnOkk1l5Ee

Captain Steven Robson of BSO released a statement addressing the issue and condemning the officer’s actions:

“The symbolism of the patch is very controversial as ‘Q’ is representative of a controversial conservative political conspiracy group identified as Qanon.

“Being a highly political entity with a narrow one-sided scope of positioning, public alignment and representation of such group is in contrast with the core values of political neutrality within the Broward Sheriff’s Office.

“This resulted in negative ramifications on a national platform as a controversy for the Broward Sheriff’s Office, the county, S.W.A.T. team and Sgt. Patten.”