A new commercial from Walmart titled “Let the Good Times Roll” features a controversial symbol that stands for a well-known neo-Nazi saying.

About midway through the video, two women are seen standing near a store shelf containing boxes of the board game “Chow Crown.” One woman picks up a game and shows it to the other, while both proceed to smile and laugh.

In plain view above the women is the price tag in large white numbers: $14.88. 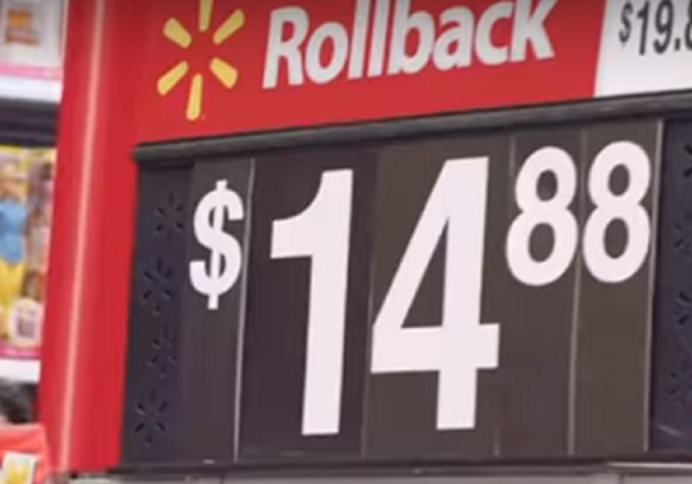 According to Urban Dictionary:

The number 14 symbolizes the 14 words spoken by members of the neo-Nazi movement, “We must secure the existence of our people and a future for white children.”

The number 8 represents the 8th letter of the alphabet, H.

Watch the commercial below (also notice how Walmart used that scene as the video’s thumbnail):

Backup link (in case the video is deleted)

At the time this article was written, the video only had a little over 2,300 views. We expect that number to get higher as long as Walmart doesn’t decide to remove the commercial.

Below are some comments made by viewers who also noticed the “1488” price tag: 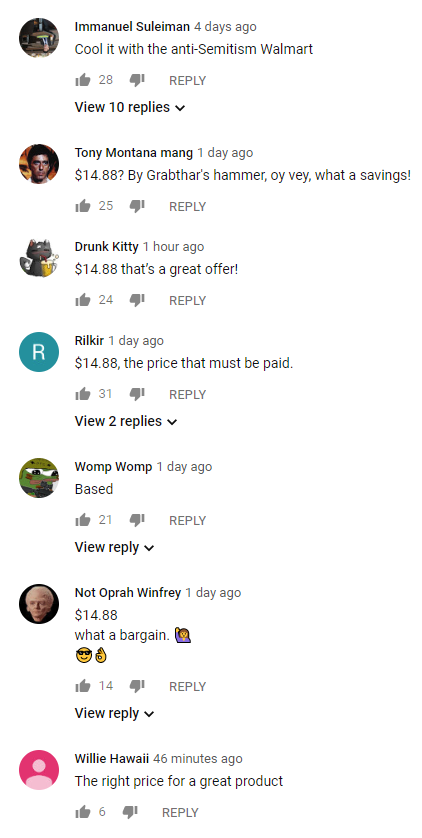