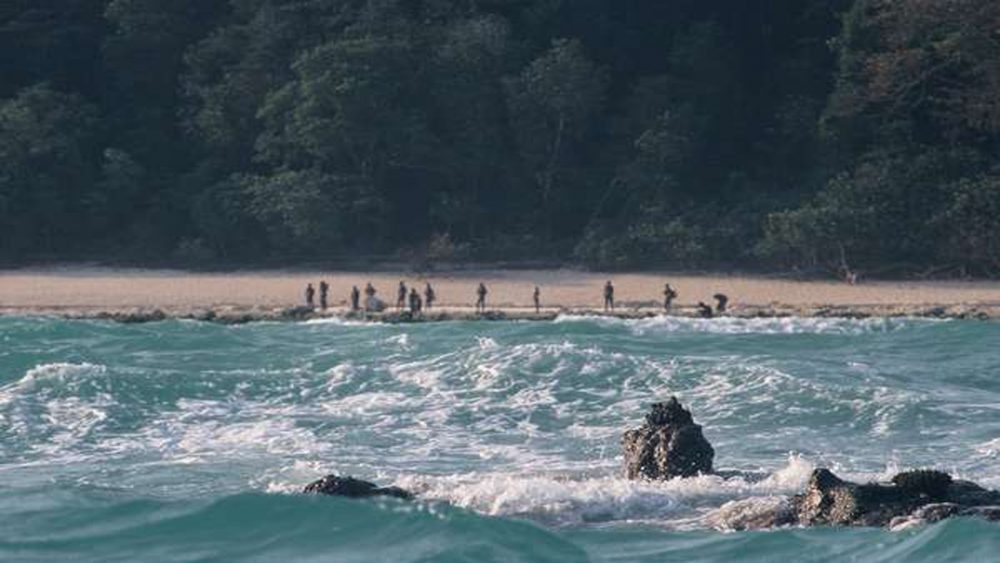 A few folks on 4chan are drawing up some pretty detailed plans on how to invade North Sentinel Island where the indigenous Sentinelese tribe dwells.

“The Sentinelese are the most isolated tribe in the world. They live on their own small forested island called North Sentinel, which is approximately the size of Manhattan. They continue to resist all contact with outsiders, attacking anyone who comes near.”

Last month, the tribe killed American John Allen Chau with bows and arrows when he used a canoe to reach the island’s shore in order to “get to know their way of life” and eventually “share the Gospel” with them.

The thread‘s creator thinks all involved should “train hard” for two years before they begin the attack in which they will don either ancient Roman or medieval armor and weapons.

“First off, we start with the fire ship. We build a ship and rig it with explosives and make it sail into the forest to [distract] the natives.”

Sailing a fire ship into the forest? Hmm…

“Then we attack from the right side like on the map with one regiment armed with pikes and shields in Testudo formation marching towards the sentinelese army which should come out massively towards our vanguard. Then, we send out our main invasion force to flank them on the left side of the island and encircle them. The burning forest could be used as a cover for our troops to get to the other side and take the Sentinelese army by surprise. Then, victory is secure and we can do whatever we want with the island.”

Here is the map he was referring to: 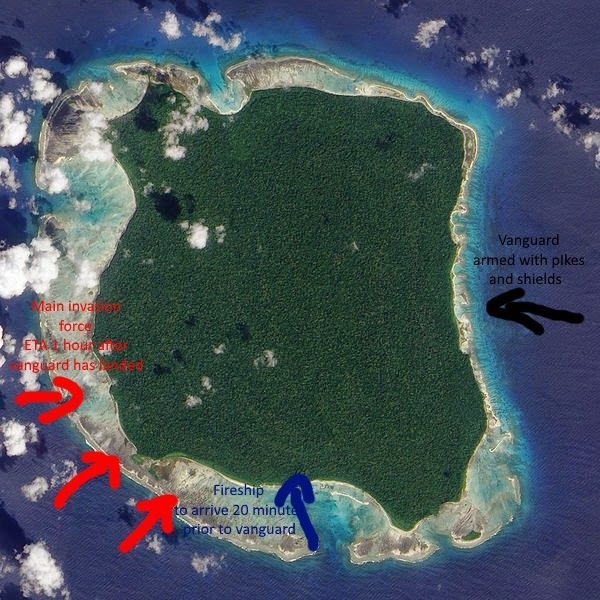 Another user chimed in and mentioned how they should use the “Macedonian Phalanx” formation:

His idea was quickly squashed after the original poster pointed out how the Sentinelese are master archers.

-Load 100 archers and one guy in full plate armor into a longboat.
-Send out a guy dressed in plate armor to soak up the arrows in a kayak.
-Fire volleys of arrows and blacken the sky from the mothership.
-They will eventually realize the armor is tough, and their skin is not.
-Or run out of arrows, whatever is first.
-Archers land the mothership and the armored division joins them.
-Archers (now with spears) form a turtle shell and march across the beach.
-Armored guy walks ahead and checks the area.
-Divide the island into a grid and methodically scour the island.
-Spear everybody.
-Go home.

-Platoon of a dozen soldiers.
-Wear armor to protect from arrows.
-Be armed with AR-15s to maintain fire superiority.
-Pre-invasion, with small aircraft drop bushels of delicious food and candy on beach for 3 days straight.
-Skip day 3 so they get extra hungry.
-On 5th day, poison food with sleeping pills.
-Invade while everyone is knocked out.
-Have tranquilizer on hand to non-lethally take down any stragglers.

And finally, the most creative one which includes using an army of “expendable thots” and “fedora-wearing neckbeards” (click to enlarge): 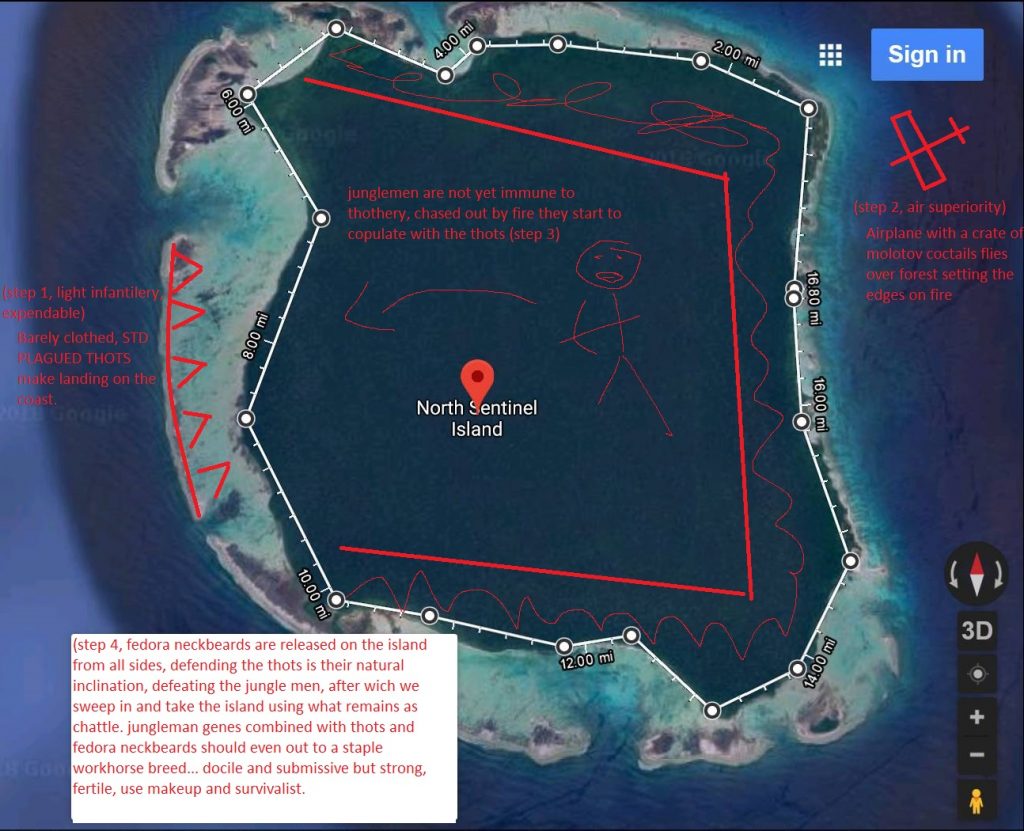