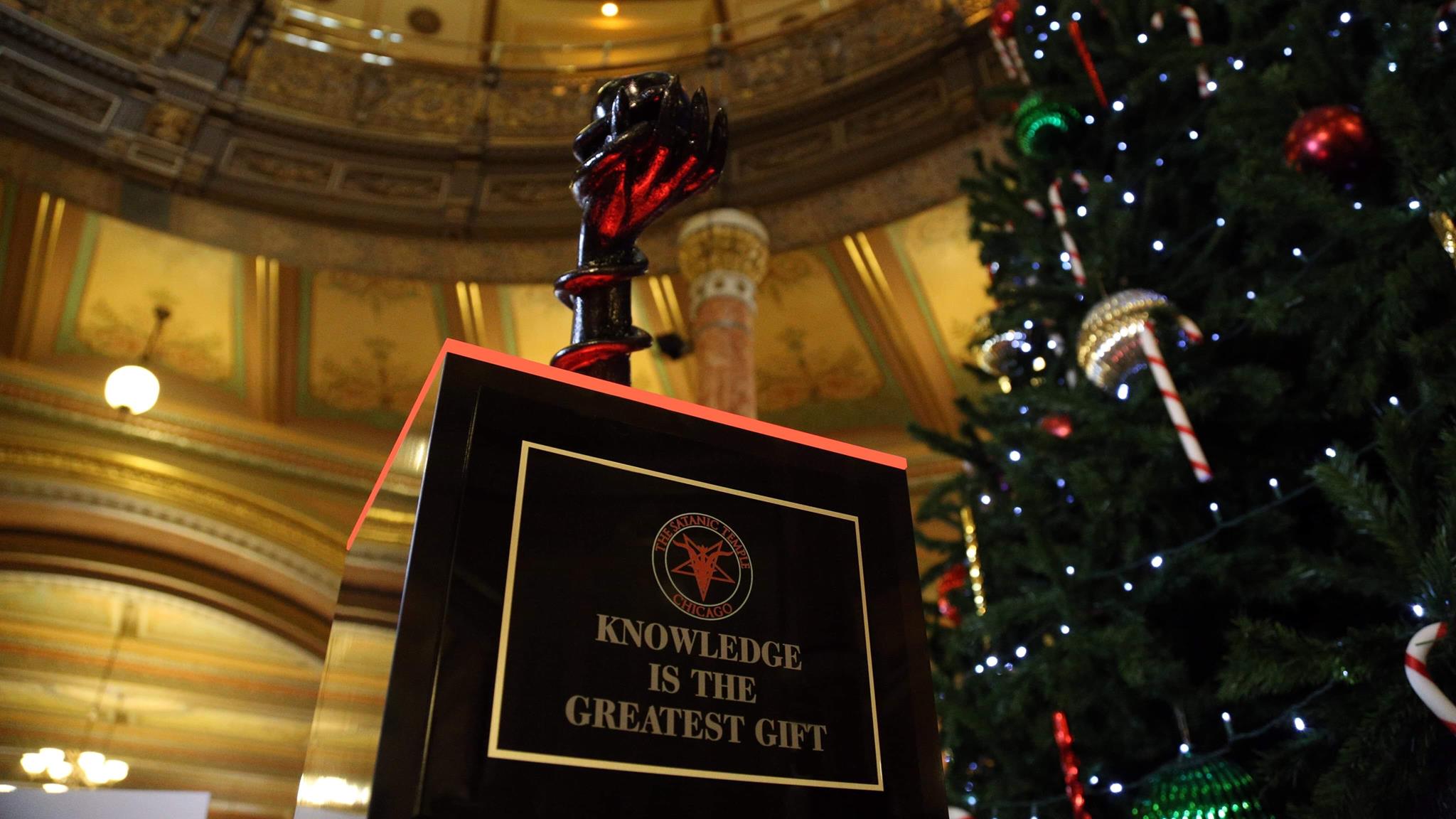 In celebration of the Christmas season, a Satanic sculpture called “The Snaketivity” has been installed at the Illinois Capitol Statehouse.

The sculpture was gifted by The Satanic Temple of Chicago and features a black cube with a protruding hand holding an apple. A snake is wrapped around the hand and below it reads “Knowledge Is The Greatest Gift” along with the temple’s logo, which features an image of the Baphomet.

When asked by SJR to comment on the statue, Illinois’ Secretary of State Dave Druker said, “Under the Constitution, the First Amendment, people have a right to express their feelings, their thoughts. This recognizes that.”

“The State of Illinois is required by the First Amendment of the United States Constitution to allow temporary, public displays in the state capitol so long as these displays are not paid for by taxpayer dollars. Because the first floor of the Capitol Rotunda is a public place, state officials cannot legally censor the content of speech or displays. The United States Supreme Court has held that public officials may legally impose reasonable time, place and manner restrictions regarding displays and speeches, but no regulation can be based on the content of the speech.”

The Satanic Temple was able to raise $1,500+ for the display through a GoFundMe campaign. So far, the page has been shared almost 700 times on Facebook and has the following description:

“The Satanic Temple—Chicago will no longer allow one religious perspective to dominate the discourse in the Illinois State Capitol rotunda during the holiday season.

“We are raising funds for the sculpting, casting, construction, transportation, and installation of a Snaketivity display titled ‘Knowledge Is the Greatest Gift.’

“Please consider what you may do to help us bring Satan to Springfield!

“Any additional proceeds to benefit The Satanic Temple—Chicago.”