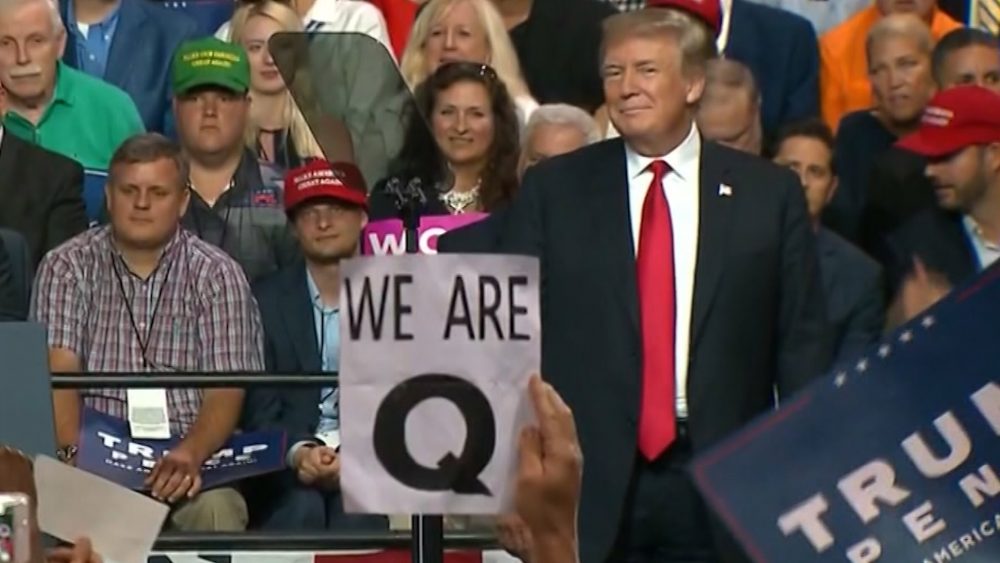 On Monday, President Trump posted a message on social media about Michael Cohen:

“Michael Cohen asks judge for no Prison Time.” You mean he can do all of the TERRIBLE, unrelated to Trump, things having to do with fraud, big loans, Taxis, etc., and not serve a long prison term? He makes up stories to get a GREAT & ALREADY reduced deal for himself, and get…..

….his wife and father-in-law (who has the money?) off Scott Free. He lied for this outcome and should, in my opinion, serve a full and complete sentence.

This particular sentence is important:

“He makes up stories to get a GREAT & ALREADY reduced deal for himself, and get his wife and father-in-law (who has the money?) off Scott Free.”

Trump intentionally misspelled the saying “scot-free” as “Scott Free” (and capitalized the first letter of each word).

“To escape punishment for a crime or wrongdoing.”

But why would he do this?

Scott Free Productions is a British film and television production company founded by filmmakers and brothers Ridley Scott and Tony Scott, according to Wikipedia and IMDb.

It’s a true story about a group of American teenage boys who crew a school sailing ship to gain experience, discipline, or whatever their parents feel they lack. The voyage is a true adventure for them all but it has its downs as well as ups.

In the movie, Captain Christopher Sheldon (played by Bridges) says the following line:

“If we don’t have order, we have nothing. Where we go one, we go all.“

You can hear this particular line in the movie trailer below (0:39) –

QAnon supporters often share the abbreviation or hashtag #WWG1WGA which stands for “Where we go one, we go all.”

we r the army of truth-wwg1wga