Joe Biden, the man who believes he is the “most qualified person in the country to be president” was caught sleeping during George H.W. Bush’s funeral: 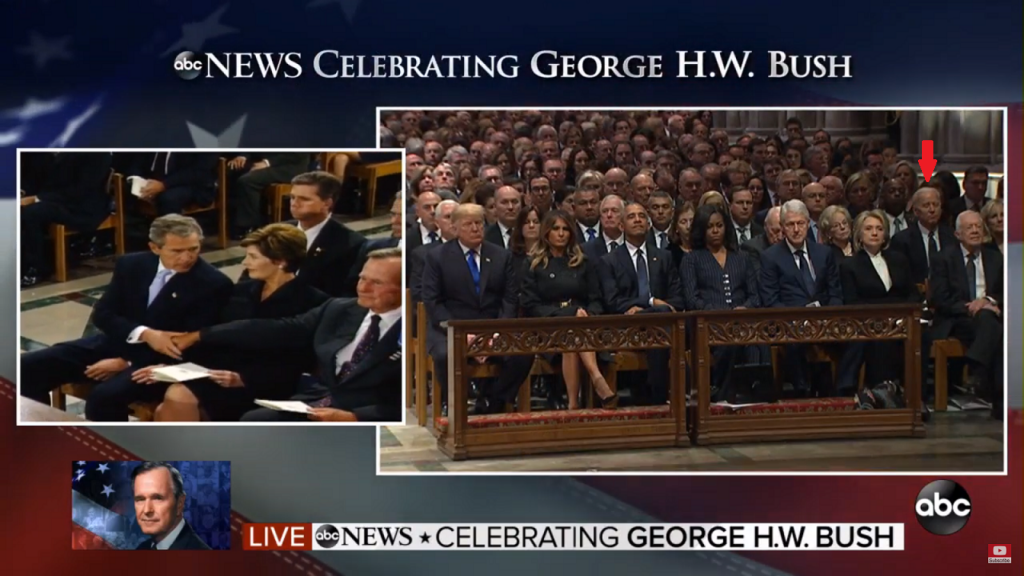 Biden had his eyes closed for two minutes while the other presidents, vice presidents and their spouses were wide awake, including 94-year-old Jimmy Carter.