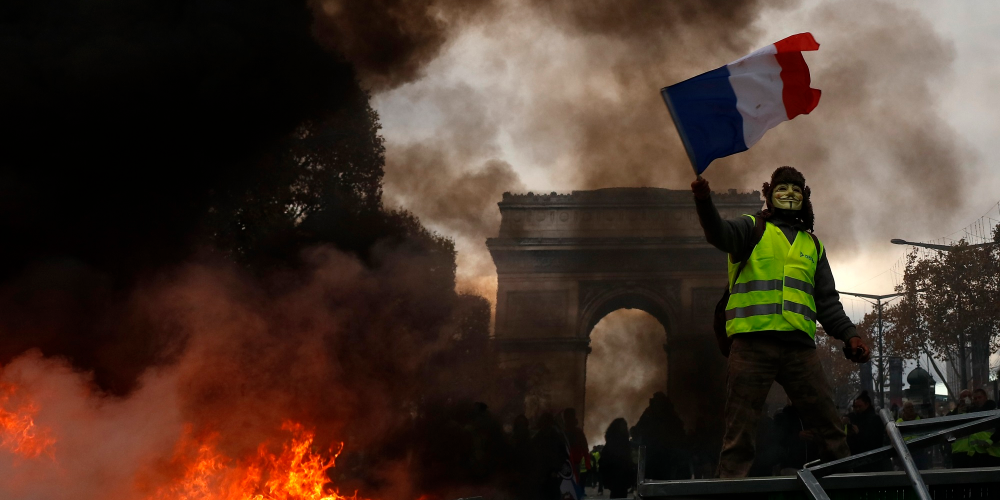 French Military Officer Posts Image Of Himself Holding Gun With Note: “Yellow Vests, Don’t Give Up!”

An unnamed French military officer reportedly posted an image of his hand holding a 9mm Beretta handgun with a note encouraging yellow vest protesters to not give up. 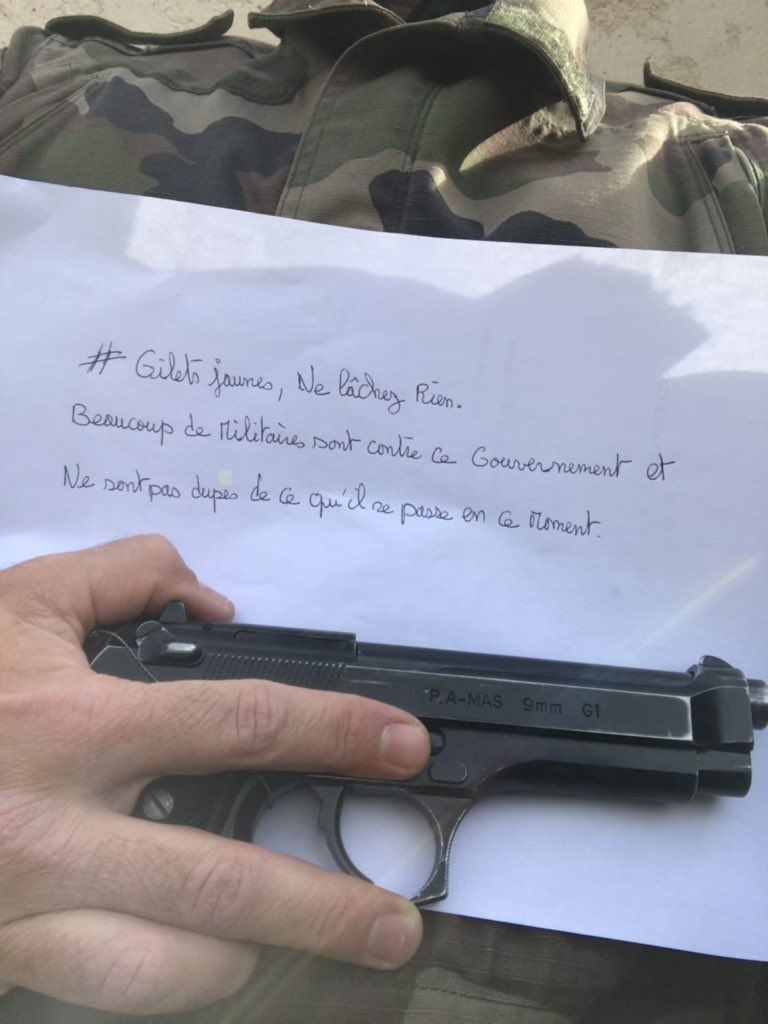 A lot of military men are against this government and aren’t fooled regarding what is happening right now.

#YellowVests, do not let go.

A lot of soldiers are against this government and are not duped from what happened at this moment.