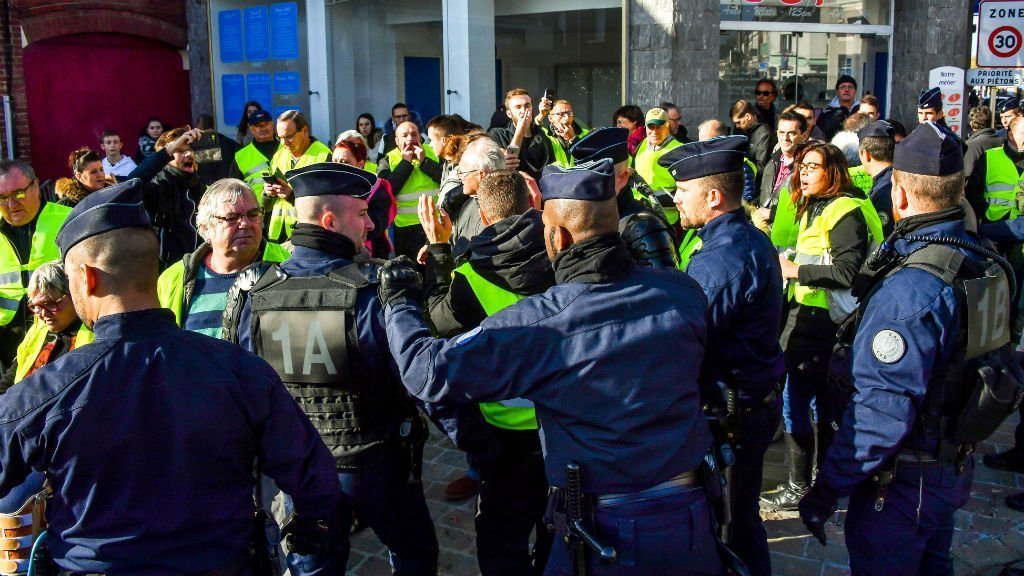 French Police Are Fed Up: “If This Continues, It Will Be The Blue Vests”

After three weeks of the “Yellow Vest” riots in France, the police report they are exhausted.

Mass violence and property destruction was recently observed near Champs-Élysées in Paris, where both officers from the French national police (CRS) and protesters were injured.

When asked by news media outlet RMC, General Secretary of the SGP Police Union Yves Lefebvre commented, “We will unfortunately have an Act 4, at least with the looters and thugs.”

On Tuesday, the government tried to appease the yellow vests by backing down on three fiscal measures, but it was not enough.

“There needs to be a different approach. We need to be more mobile. We must have more judicial officers,” Lefebvre continued.

“The police are fed up. The pseudo-premium announced by Macron won’t satisfy us.”

Lefebvre recalls that no request for an event has been filed and thus “we cannot forbid something that is not requested.” According to him, moving to a state of emergency would not change anything. The most important thing would be to better treat the police who are on the verge of breaking up.

“There is only a small amount of overtime compensation available to pay us. We will restore public order, but after that, if we do not have strong enough support – and here I am speaking directly to Emmanuel Macron – it will be our turn to go down the street after the yellow vests are finished.

“It will be the blue vests of the national police. We cannot wait for him to hear us.”