After Hillary Clinton opened her program brochure at George H.W. Bush’s funeral, an envelope fell into her lap.

Former President Jimmy Carter, who was sitting to Clinton’s left, can be seen looking over at her and then checking if he got one too. He didn’t.

What was in that envelope?

Another video posted by The Washington Pundit shows Jeb Bush smiling with his hand over his heart, but quickly getting irritated after Laura Bush showed him something she was holding:

Jeb Bush’s smile was quickly taken away as Laura Bush shows him something on the paper she was holding. He looks horrified at whatever he saw. pic.twitter.com/rWqGMNgzat

Here’s an interesting observation – While GHWB’s casket is being carried past the family, this secret service agent appears to lean over towards George W. Bush: 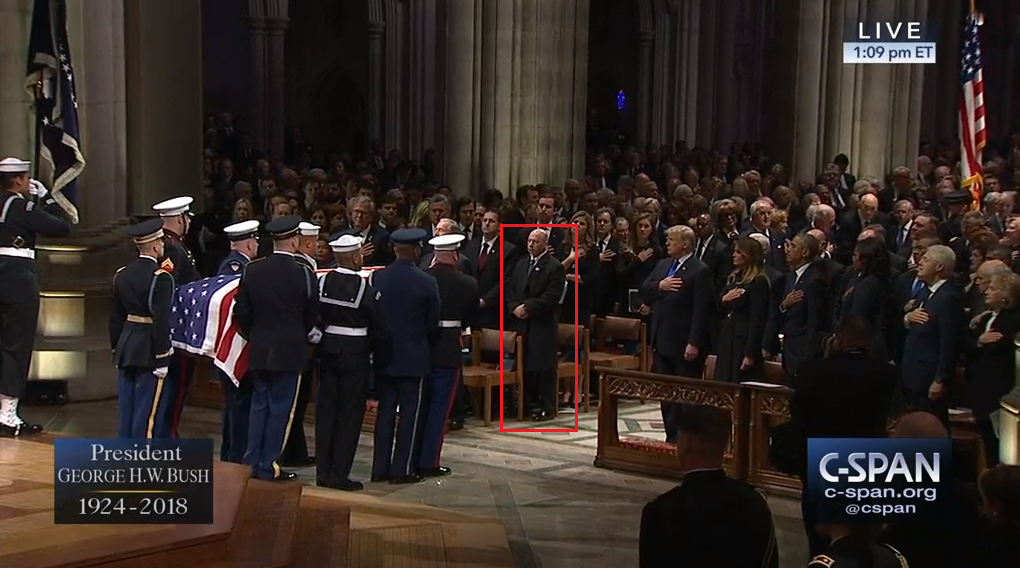 Some think the agent may have passed a note to him. Bush then supposedly gave it to his wife, Laura, and she showed it to Jeb.

Click here to watch an HD version of the interaction. 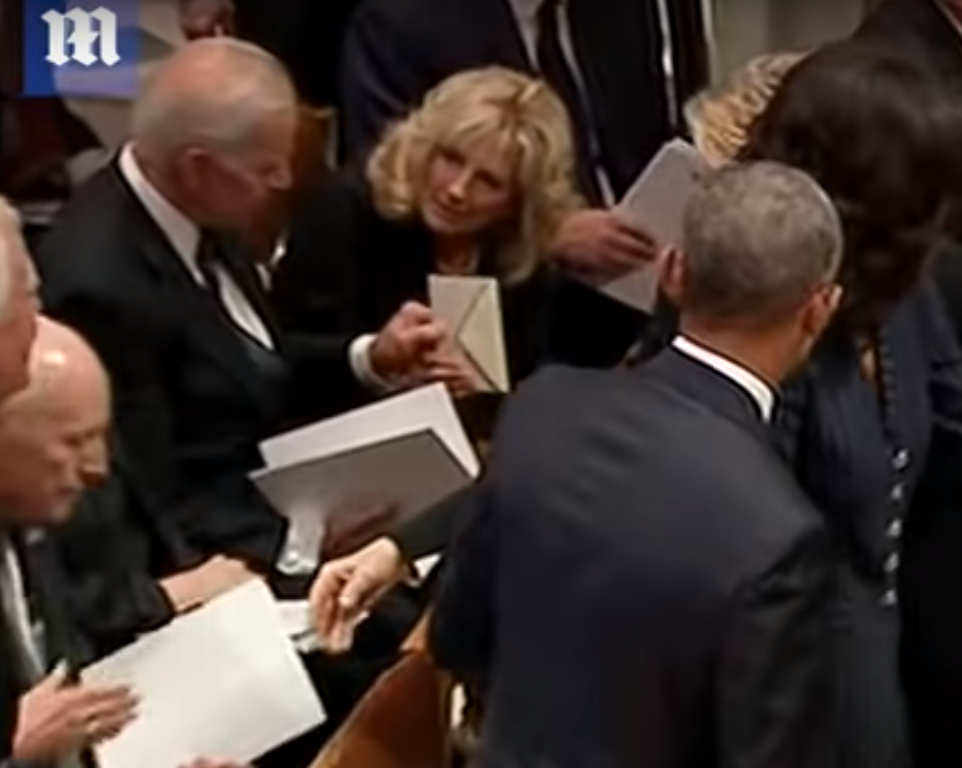 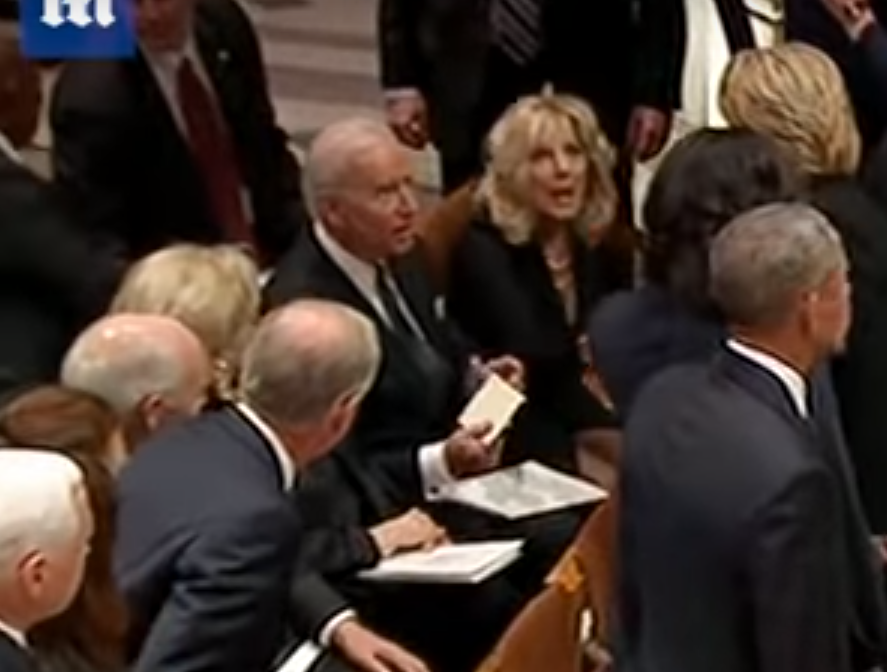 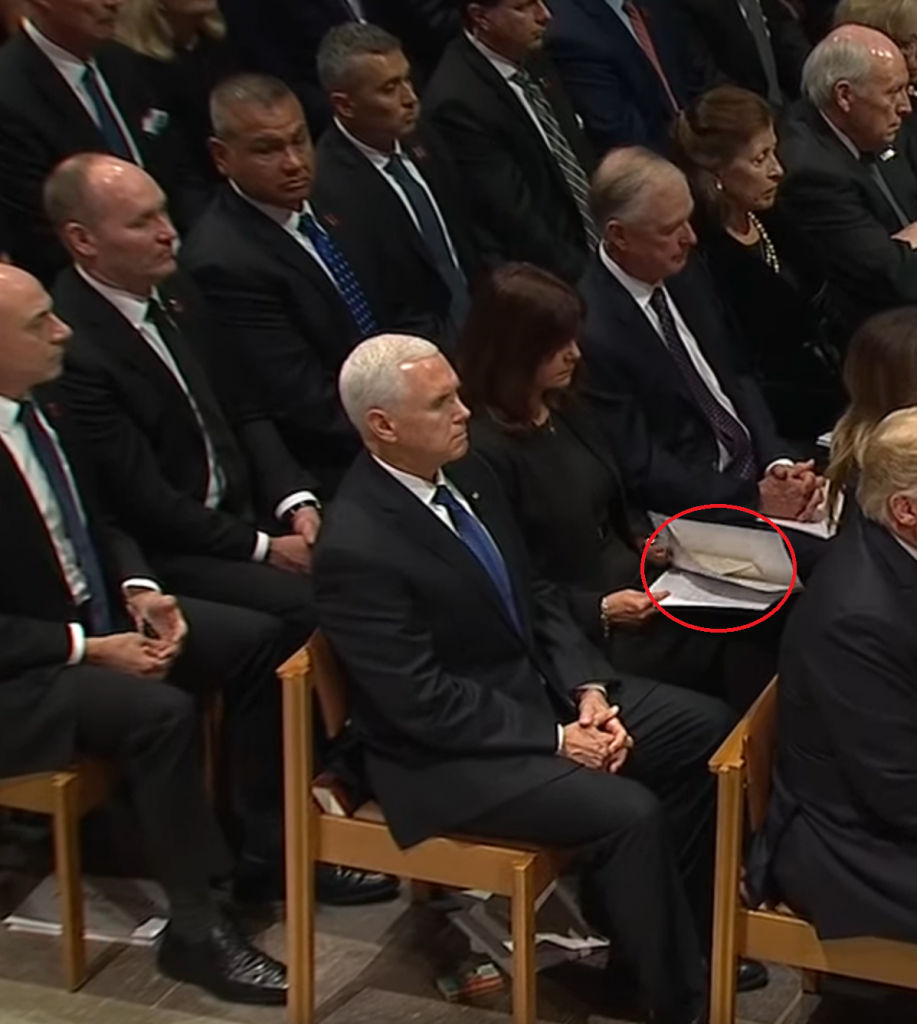 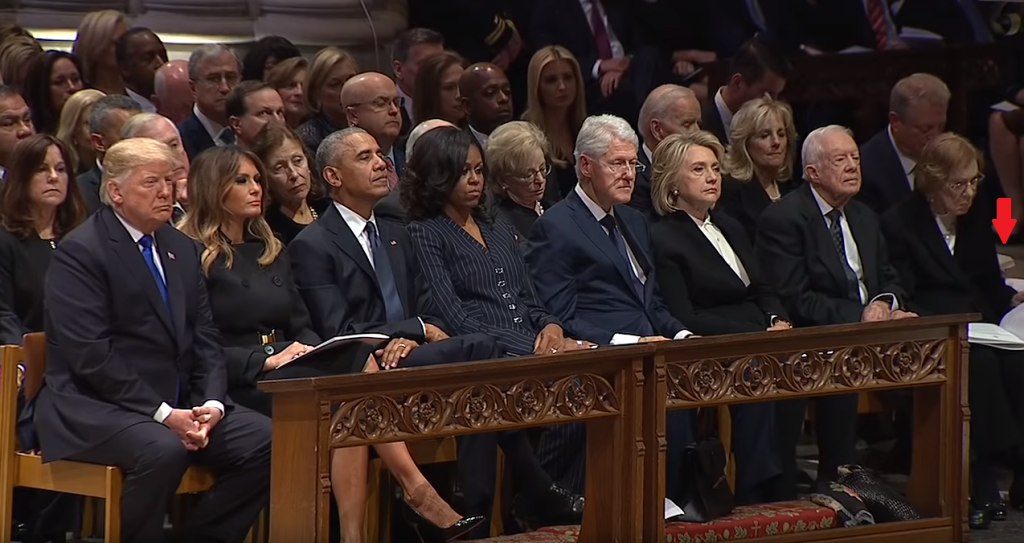 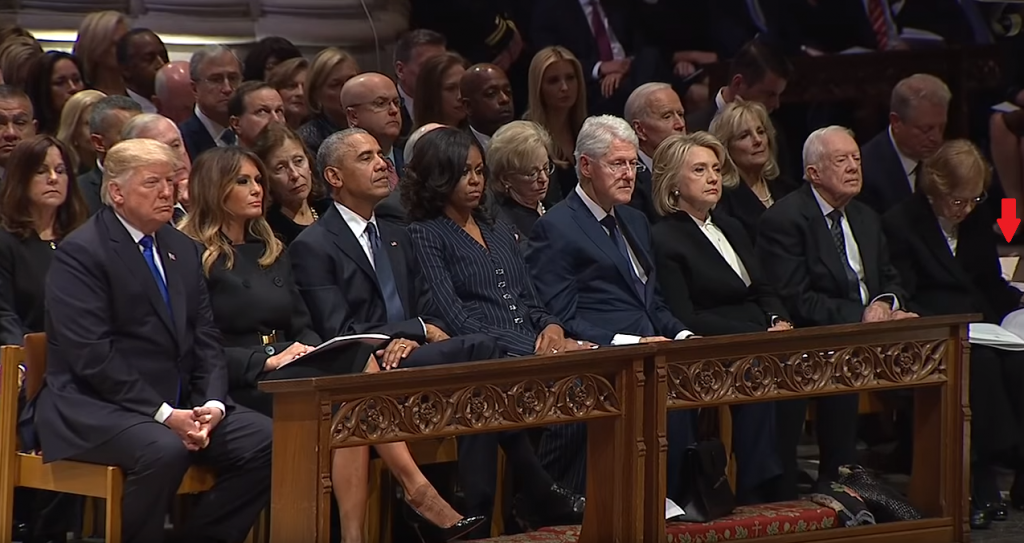 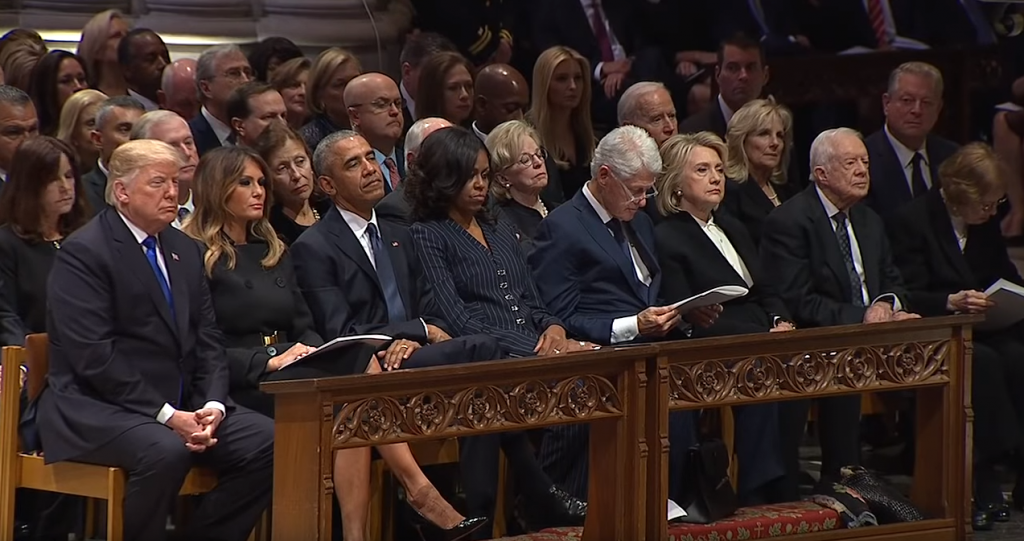 UPDATE #4: Wow! The Obamas got an envelope too. Notice Barack and Michelle’s facial expressions after seeing it (h/t balammb): 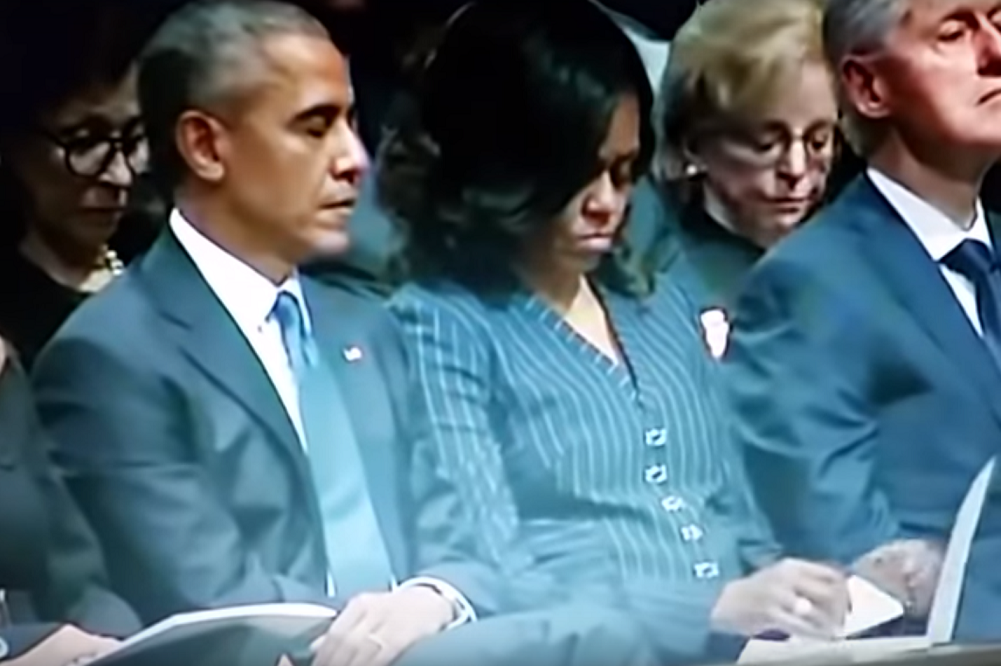 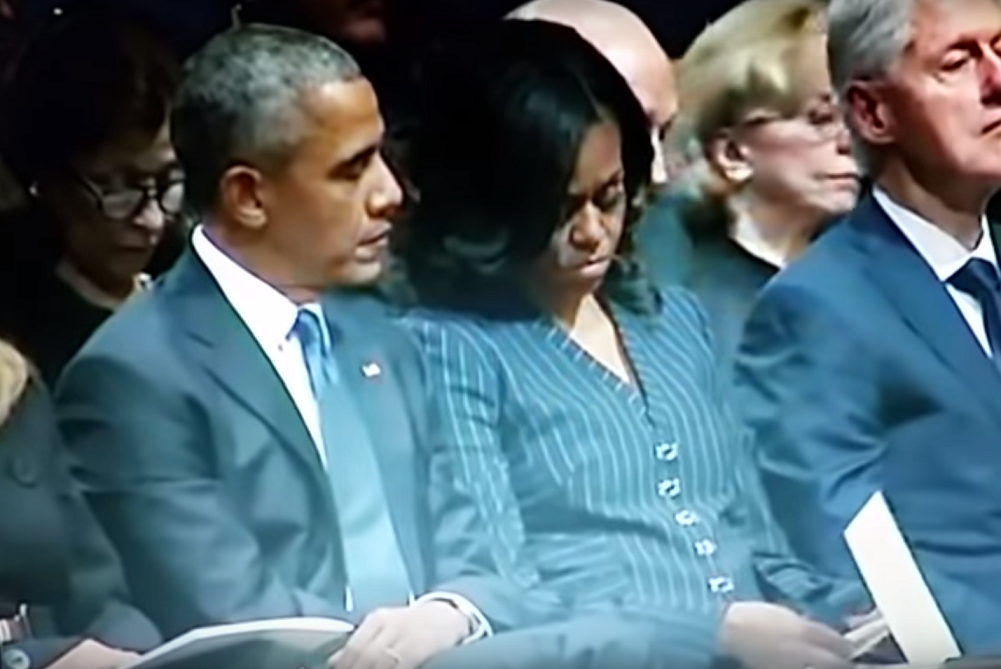 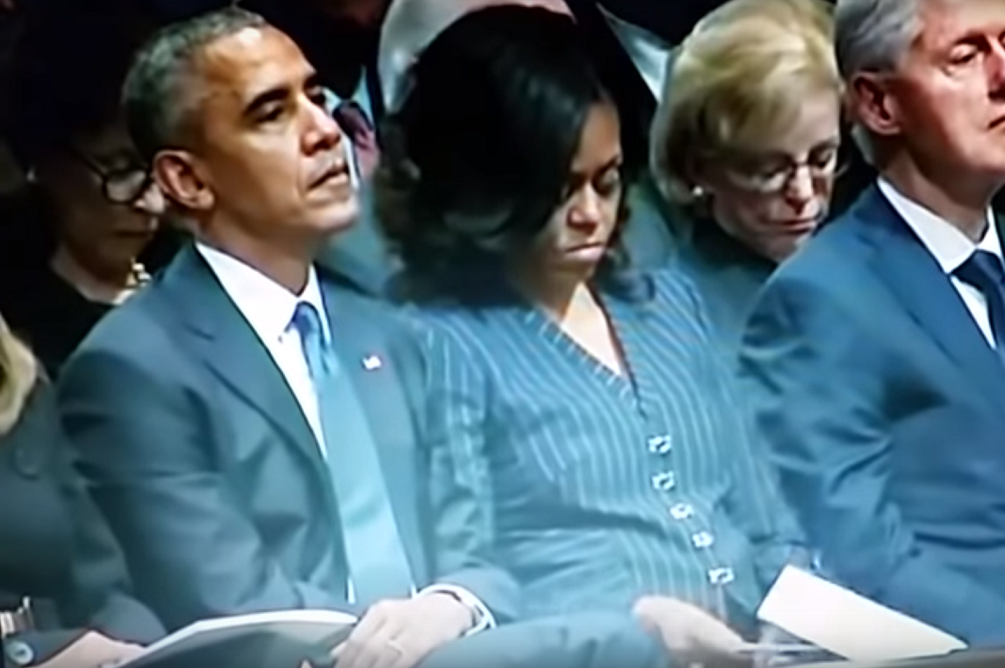 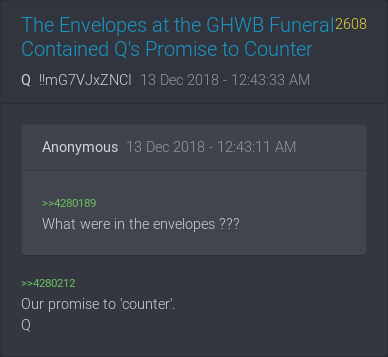 UPDATE #6: In a recent interview, Michelle Obama said “we can’t get indicted.” Maybe these mystery envelopes are telling the recipients otherwise?