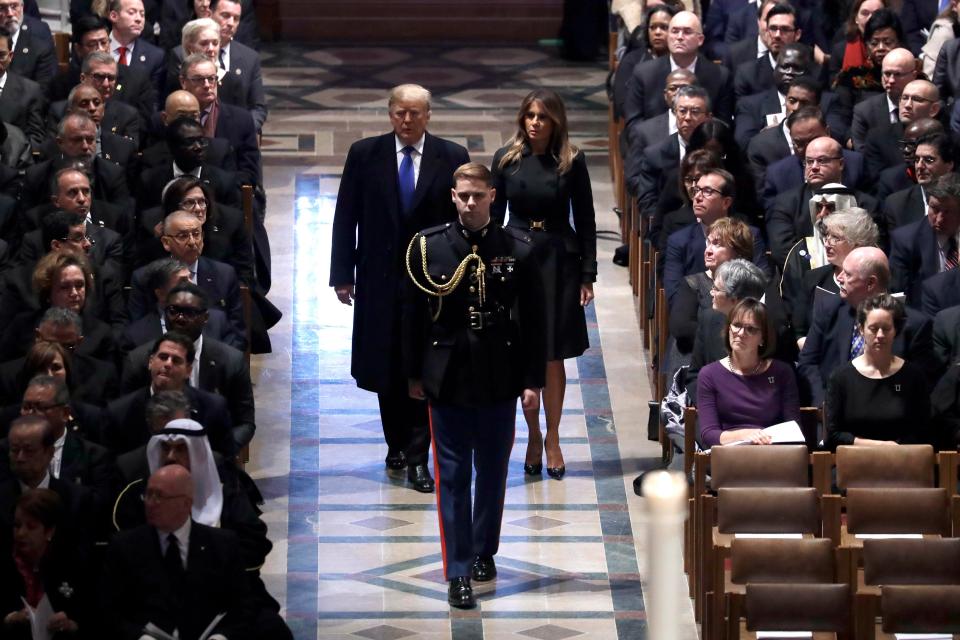 Body Language Expert: “Trump’s Arrival At George H.W. Bush’s Funeral Was Like A LION Startling A Herd Of ANIMALS”

DONALD Trump was like a lion startling a herd of animals when he arrived at George H.W. Bush’s funeral, a body language expert has claimed.

Expert Judi James told The Sun Online: “You could spot the moment Trump arrived in the National Cathedral even before he honed into view of the cameras.”

“Until then the gathering of previous presidents had involved some relatively relaxed displays of sociable body language but suddenly – like a herd of animals sensing a lion – their poses and non-verbal signals morphed into something far more wary and stony-faced.”

The 41st US president died Friday in Houston at age 94. His wife of 73 years, Barbara, passed away in April.