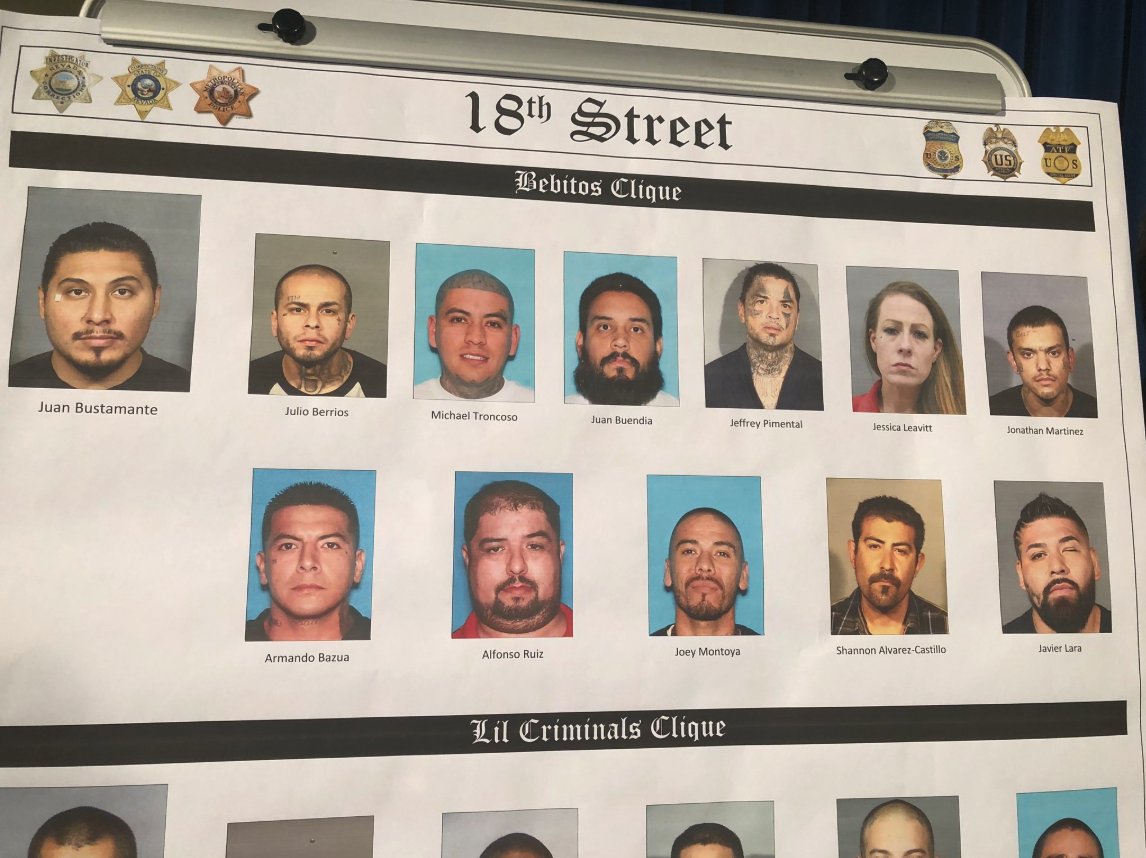 These are the faces of the 18th Street Gang — a transnational criminal group.

LVMPD says the men and women pictured here allegedly brought violence all around the valley dating back to last year.

The suspected gang members are accused of murders, kidnappings, robberies, and drug trafficking.

Police say the gang was involved in 50-plus felony crimes.

News conference is about to begin on the arrest of all these gang members in the city. Watch live feed on https://t.co/vpc84eIN5T @News3LV pic.twitter.com/Im52jzlXl7

“We are a safer community today because of the efforts of this investigation,” District Attorney Steve Wolfson said.

Wolfson praised the actions of LVMPD and other law enforcement agencies that pursued the takedown of this notorious gang.