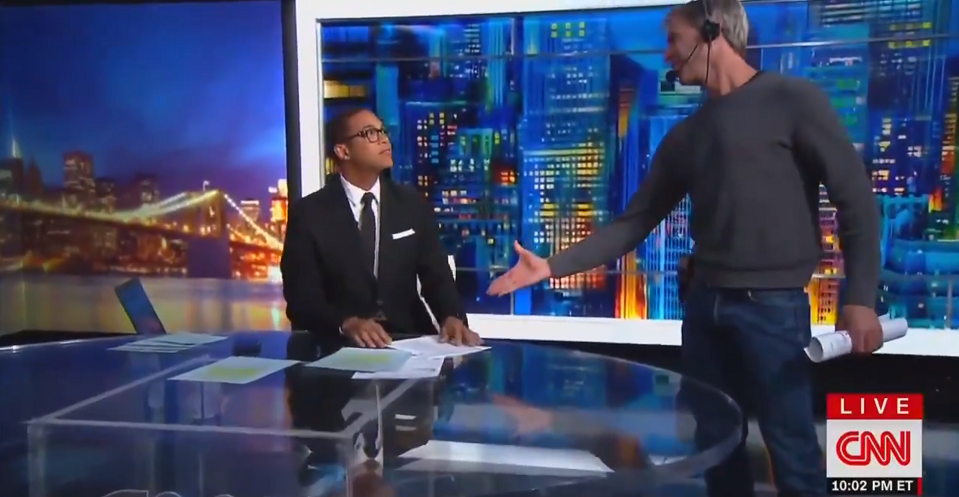 In a conversation about Barack Obama choosing to shake President Donald Trump’s hand at George H. W. Bush’s funeral, CNN anchor Chris Cuomo called Don Lemon “petty and small” after Lemon not only said he wouldn’t have shaken the president’s hand if he were Obama, but also demonstrated exactly what he would do by using one of his production team members as a prop.

WATCH: CNN's Don Lemon says he would have refused to shake President Trump’s hand at George H.W. Bush's funeral if he were Obama.

CNN’s Chris Cuomo then calls him out: "You're petty and small." pic.twitter.com/6cguJPIF6M

Lemon: You don’t have to show respect for that kind of person. Let me show you what I…

Cuomo: You don’t have to…

Cuomo: You don’t have to…

[Production member walks up to Lemon with his hand extended. Lemon refuses to shake it and nods his head then smugly looks away]

Lemon: Nope, it’s not. This is not about ideology. This is about the way someone conducts themselves.