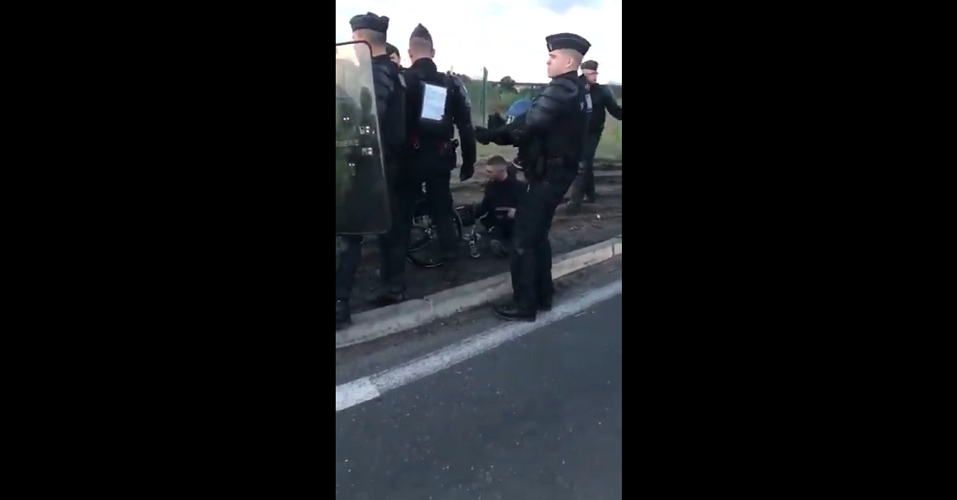 Currently going viral in France is a video that shows members of the Gendarmerie (a paramilitary unit with civil jurisdiction) toss a disabled man out of his wheelchair. The incident took place in Bessan, France:

It’s a bit unclear how things got to this point, but after a verbal exchange and manhandling from the officers physically lifting the man and setting his wheelchair in the mud (where he can’t move it) he tries to yell at them, they spin his chair away so that he can’t.

From there, it becomes clear that he is stuck in the mud and one of the yellow vests and a regular dressed man approaches to help push him. After, an officer seems to decide to intervene again. This one may have been trying to help, it isn’t clear.

The man in the wheelchair isn’t having any of it and seems to attempt to swat the officer’s hand from his chair. That’s when he gets tossed out of the chair from behind by another officer that seems to be reacting to that exchange.

These comments are machine translated so they’re imperfect and you’ll only get the general sentiment but here are some reactions: 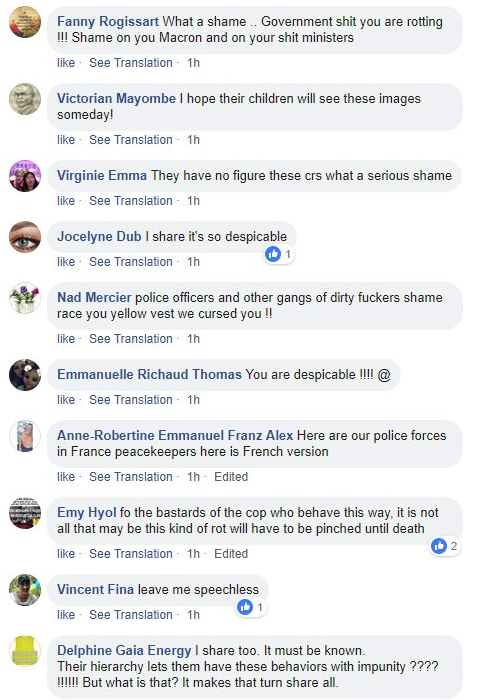 The reaction by the officers here is what the media would call an “isolated incident” but the general structure of yesterday’s protest response is what is really fascinating. The riot officers fully encircled the protesters and made no attempt to de-escalate the situation.