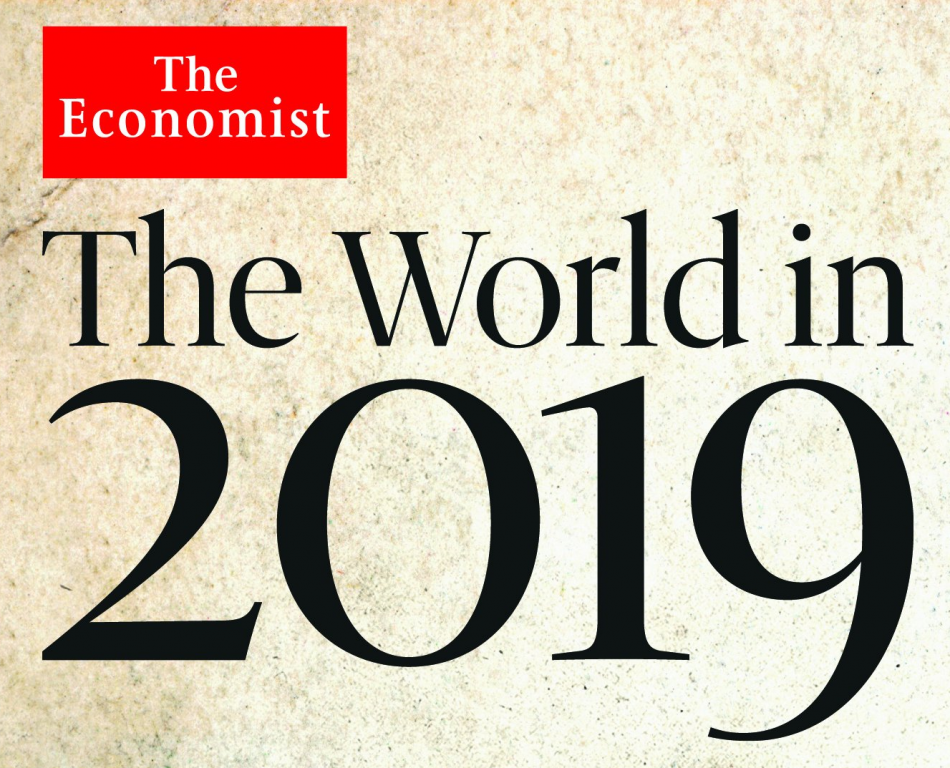 For decades, The Economist has published a special annual cover on their magazine titled “The World in…” which often features various images predicting important events to come. This year was no different; actually, it’s a very memorable year considering they’re celebrating their 33rd anniversary.

If you weren’t aware, the number 33 is important and symbolic in Freemasonry and the occult because it was supposedly Jesus Christ’s age at the time of his crucifixion. It also represents one-third of the “fallen angels.”

Yes, we will be diving into some conspiracy-related topics in this article… 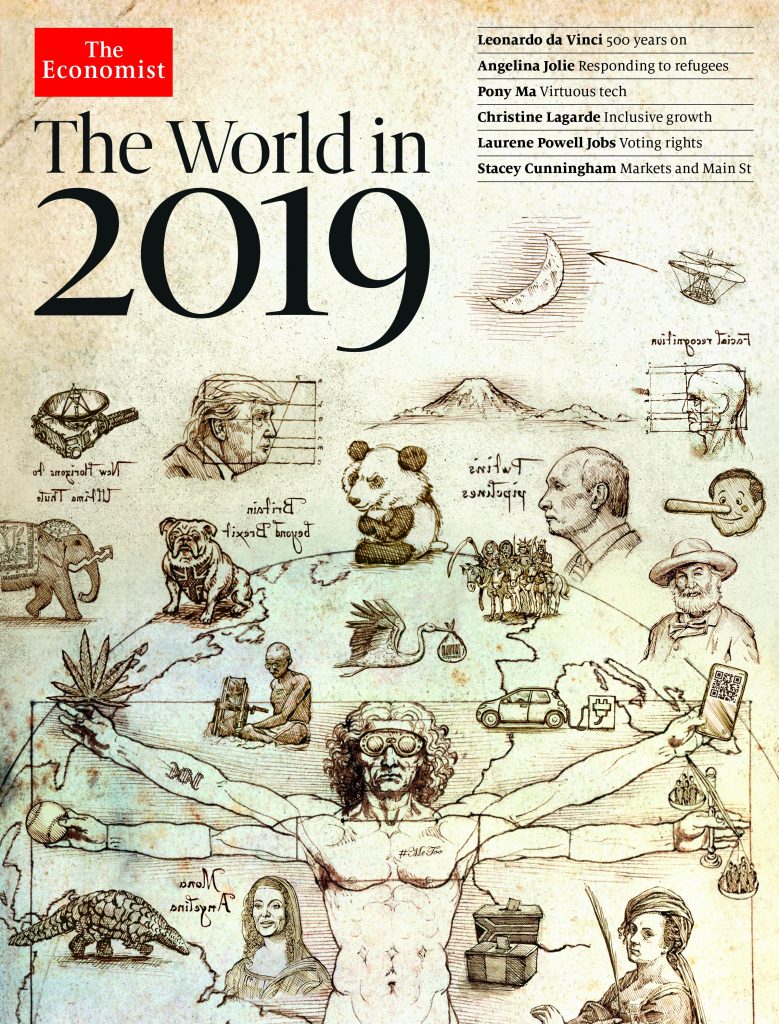 Titled “The World in 2019” you’ll immediately notice in the upper right corner a list of names and subjects, such as “Angelina Jolie – Responding to refugees” or “Christine Lagarde – Inclusive growth.” The magazine even provided a brief description outlining the items they covered in this particular issue:

The World in 2019 will build on three decades of publishing success: this will be the 33rd edition. It will look ahead to the Trump administration’s prospects with a new Congress, the reality of Brexit, elections in India, Indonesia, Nigeria and across Europe, tech disruptions from AI and China (could 2019 mark “peak Silicon Valley”?), space travel 50 years after the Moon landing and culture 500 years after Leonardo da Vinci.

All of this isn’t too significant considering our main focus at the moment is symbolism.

Take a look at the cover again. Did you notice that nearly everything is written backwards? 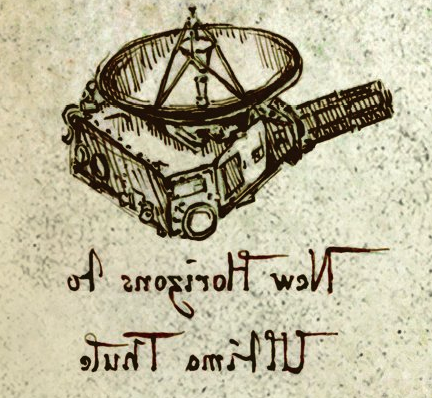 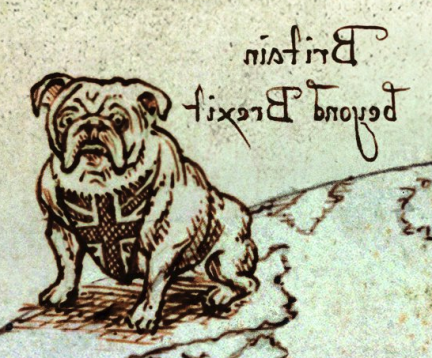 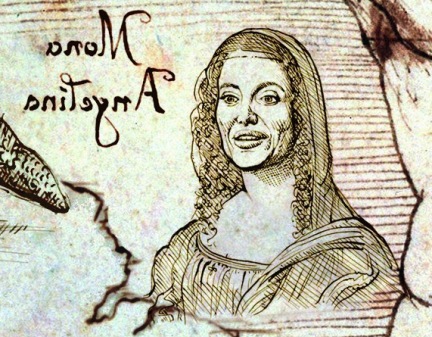 Some believe this method of writing is commonplace in secret societies. The purpose? To either secretly communicate with each other or subliminally program unsuspecting readers.

Most folks who have seen The Economist’s 2019 cover probably didn’t even catch this. If they did, they likely shrugged it off as some type of artistic expression or simply no big deal.

Well, it actually is a big deal. The practice of writing things backwards may have started with Leonardo da Vinci, but was adopted and amplified by Satanist Aleister Crowley and his teachings decades ago (which many wealthy elites and prominent types still research and believe to this day).

Crowley taught the practitioners who came to study with him that if they wanted good fortune and control over evil/demonic forces, they had to practice everything in reverse, which included thinking, speaking, writing and even walking.

Just a few examples of this:

While continuing to inspect the cover, you’ll see located between the panda and Putin’s head something unusual: an image of the Four Horsemen of the Apocalypse: 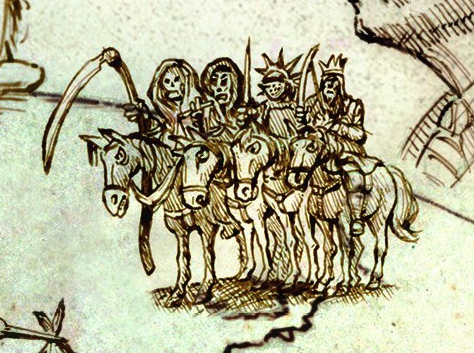 This is a very odd thing for The Economist to place on their annual cover. What does it mean?

Some think they’re just saying “we’re living in a crazy world” considering the polarizing political climate in not only the United States, but throughout the planet. Others believe they are predicting the biblical “end of days” is near, which isn’t too far-fetched if you’ve been keeping up with some recent religious developments.

Next is an image of a stork carrying a strange looking bag: 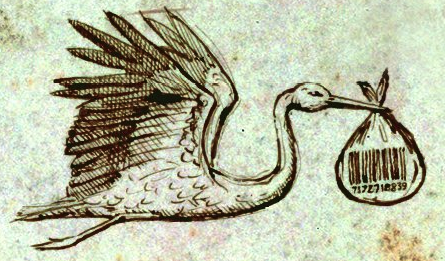 We all know how babies are made. The stork can be seen flying over rooftops with a little cloth bundle before landing at the doorstep of a happy couple who then unwrap their precious, smiling newborn—right? This myth was once a common story to tell children who were deemed too young to be told anything different.

So, why is this particular stork carrying a bag that has a barcode stamped on it? The code itself is most likely referring to the “mark of the beast” and transhumanism. The Economist is predicting the next generation of children born on Earth will be the trendsetters for transhumanist technology, which includes being microchipped (much like how pets are). They will be the pioneers for this new movement and eventually normalize it.

From left to right:

There are quite a few other images on the cover, such as portraits of Trump and Putin, Pinocchio with his nose extended as if he told a lie, ballot boxes (one of which has the South African flag design) and more.

H/T A Call For An Uprising

Published in Conspiracy, Opinion and Weird