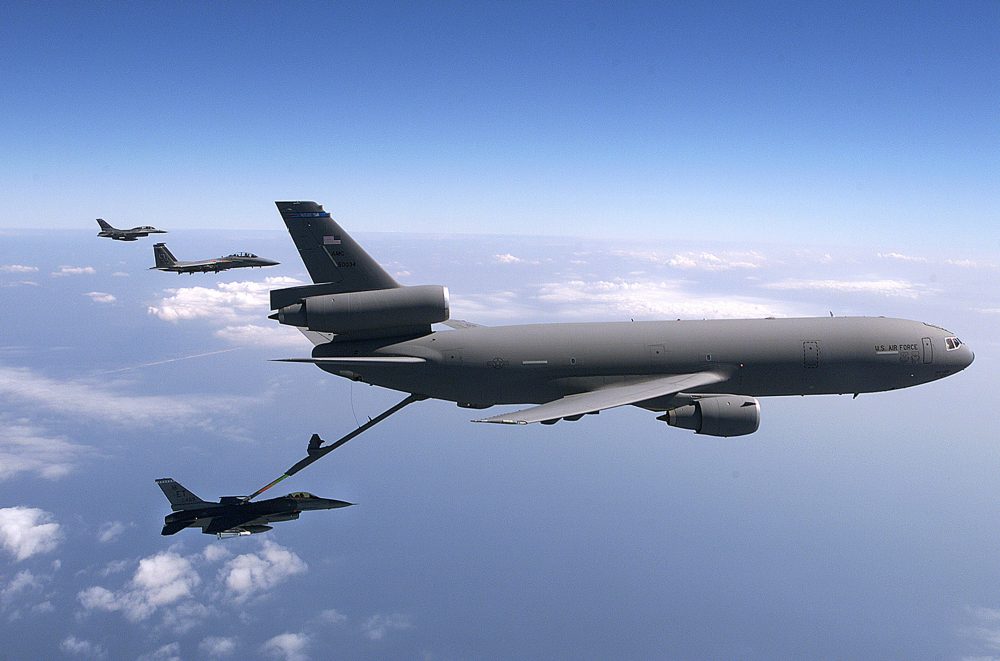 For Over Three Years, American Tax Payers Have Been Footing The Bill For Saudi Jet Refueling Missions Over Yemen Due To “Accounting Errors” At The Pentagon…

U.S. defense officials recently reported the DoD has failed to properly charge Saudi Arabia and the UAE for refueling missions conducted over Yemen by Air Force tankers due to “errors in accounting.”

In an article posted on Saturday by The Atlantic, the authors explain how ever since the Saudis intervened in the Yemen war against Iran back in March of 2015, American tax payers have been footing mid-air refueling costs:

Getting heavy U.S. tankers into the air and carrying out this job is enormously expensive. The recipient country is required by law to pay the costs, but that isn’t what happened here. In a mea culpa of sorts, the Pentagon’s November 27 letter states that while the Defense Department “believed” Saudi Arabia and the United Arab Emirates “had been charged for the fuel and refueling services, they in fact had not been charged adequately.” How inadequately, the Pentagon will not yet say; it is “currently calculating the correct charges,” the letter states.

Pentagon officials confirmed the DoD “received some reimbursement,” but nowhere near the amount they expected after they recently reviewed their records and found numerous accounting errors.

Senator Jack Reed, a top member of the Senate Armed Services Committee, said the DoD has failed to live up to its obligation to keep Congress informed about these particular costs.

“U.S. aerial refueling assistance was provided to the Saudi-led coalition for more than 3.5 years, activities that likely cost tens of millions of dollars. We must ensure that U.S. taxpayers are fully reimbursed for that support,” Reed told The Atlantic.