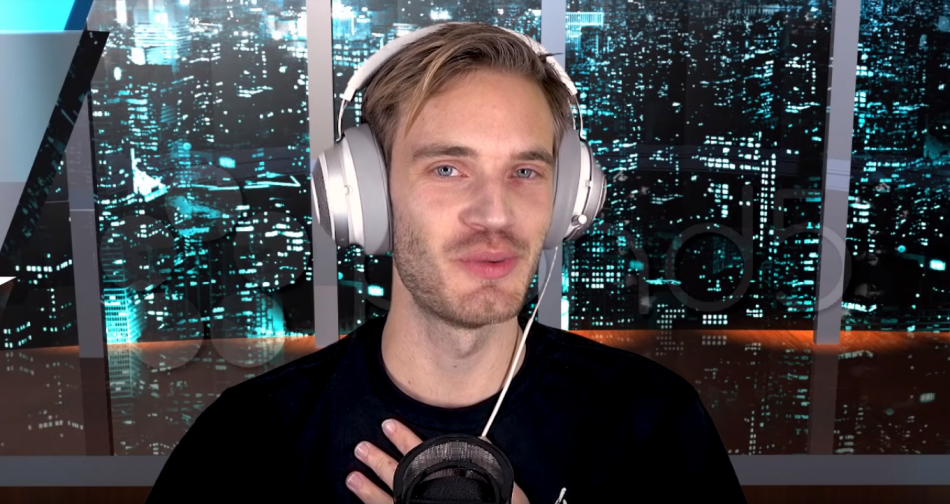 The video in question is titled DON’T Subscribe to Pewdiepie and at around the 12:54 mark, Kjellberg starts recommending countless other YT channels to his 75 million subscribers:

His first recommendation is ‘James Lee,’ where he describes the channel as having “incredibly cool videos” and animations.

Next is ‘NakeyJakey,’ a channel with over 640K subscribers that focuses on covering video games.

Eventually he gets to channel ‘E;R’ where he says verbatim:

“What’s up, E;R, who does great video essays about… he did one on Death Note, which I really, really enjoy.”

That’s it. He then moves on to a number of other channels before the video ends.

The mention about E;R lasts for exactly 8 seconds (from 15:08 – 15:16), but for some reason, a number of social media users and “media outlets” are losing their minds over it:

On Sunday, he promoted the channel of a racist anti-Semite. Pewdiepie's shout-out earned the channel more than 15,000 new subscribers at the time of this post.https://t.co/FA9LQlXbQr

Pewdiepie steps on the Nazi button every few years. That’s why I quit watching his channel. Then he went pay per view.

Pewders 👏WILL👏NOT👏STOP until he too gets banned from YouTube. I guess he made so much money that he’s bored with it and wants to try dying as a chud martyr

Others quickly came to his defense:

he promoted alot of channels in this video and promoted this particular one for reasons completely unrelated to politics. Is there any evidence that he even knows about these bad quotes?

Right wing watch…does that mean Christian watch and good moral values watch. If so, count me in!

E;R just is a joker. He doesn’t actually mean a good chunk of what he says. Take his Steven Universe video. He legitimately doesn’t like the show, but it’s obvious he is exaggerating. He just wanted a response from the toxic parts of the fandom in order to make a better video.

Felix: *raises a quarter of a million dollars to help indian children so tha they don’t have to miss out on their education* RWW: a channel he shouted made a joke we didn’t like so both are nazis… 🤦‍♂️

In February of 2017, The Wall Street Journal wrote an article about Kjellberg titled Disney Severs Ties With YouTube Star PewDiePie After Anti-Semitic Posts. The move came after the paper asked Disney about alleged anti-Semitic jokes and Nazi imagery found in one of the YTer’s videos.

It is yet to be known what will come of this latest “debacle” (if it even qualifies as one).