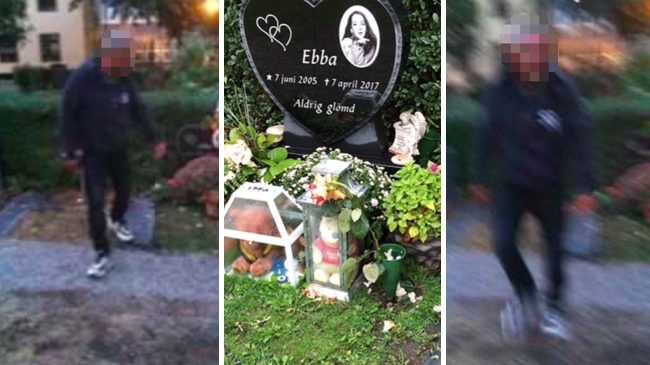 Ebba Åkerlund, an 11-year-old little girl who was brutally killed in the 2017 Stockholm truck attack, has had her gravesite vandalized daily by an illegal immigrant who was sentenced to be expelled from the country in 2014.

Thank you very much, P ** tr, for spitting on my clothes tonight!

This just gets sicker and sicker. When I visited my beloved daughter’s tomb tonight, he was there and was extremely threatening. He looks even more terrifying when one of his eyes is missing. Considering that he has previously confronted the cemetery maintenance worker, I suspect he is capable of any action.

This time he spit on me, was in close contact and appeared more threatening than the last time I encountered him. For 15 minutes, I followed him while I had the police in the phone.

But they won’t do anything! What a surprise…

Getting so tired of this! It never ends. Will he continue this way until the trial in March? He was sentenced to expulsion in 2014, but his lawyer went to the Court of Appeals and he might stay.

Absurd! He will be judged again. Will he be expelled this time? Nooo!

It may end up being so bad that I do Ebba [justice because of?] his mental illness. At last, the police may finally act. 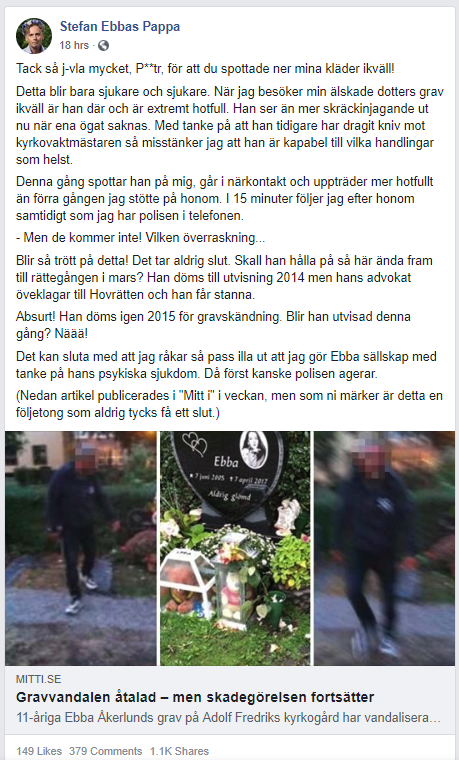 Ebba’s father blames his daughter’s death on the Swedish state, which allowed Rakhmat Akilov, the terrorist who killed her, to stay in the country.