Earlier today, the National Science Foundation reported two technicians who were working on a fire-suppression system at a scientific station in Antarctica were found dead.

According to the AP:

The two had been working in a building at McMurdo Station, which is on Ross Island. The foundation said they were found on the floor by a helicopter pilot who had landed after spotting what appeared to be smoke from the building.

This comes days after an odd QAnon-related photograph that reportedly originated from the same station was posted on social media.

The image features a person kneeling next to an American flag and the “Geographic South Pole” board while holding a sign that said “Q WWG1WGA”: 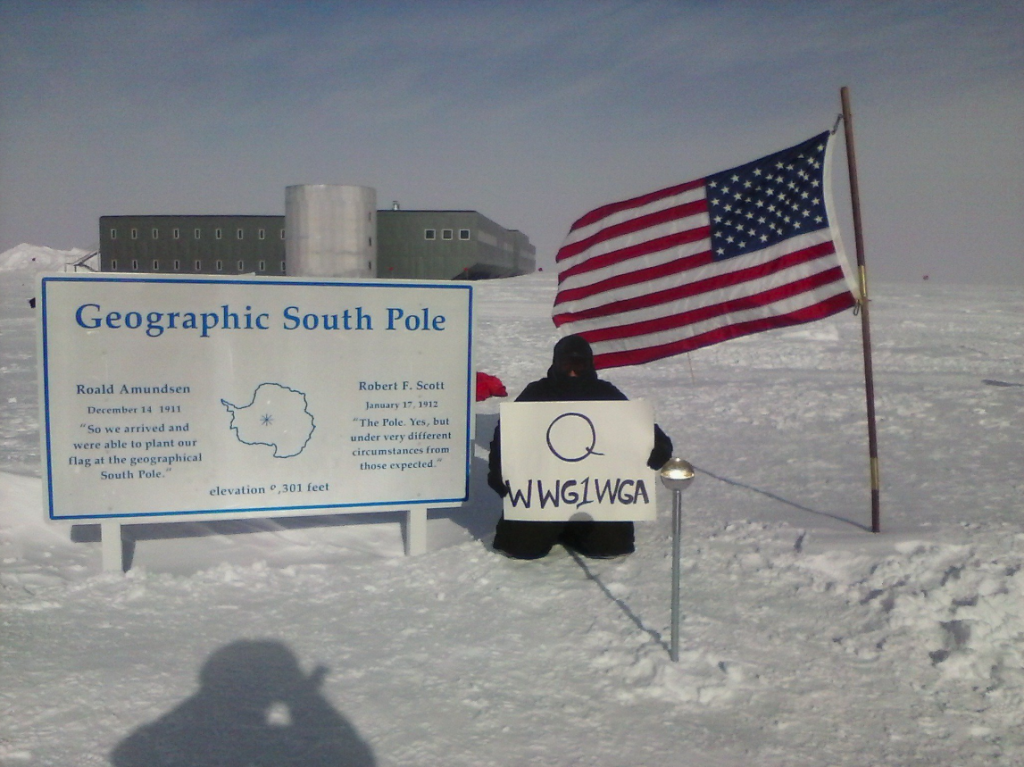 Both deaths are currently under investigation.