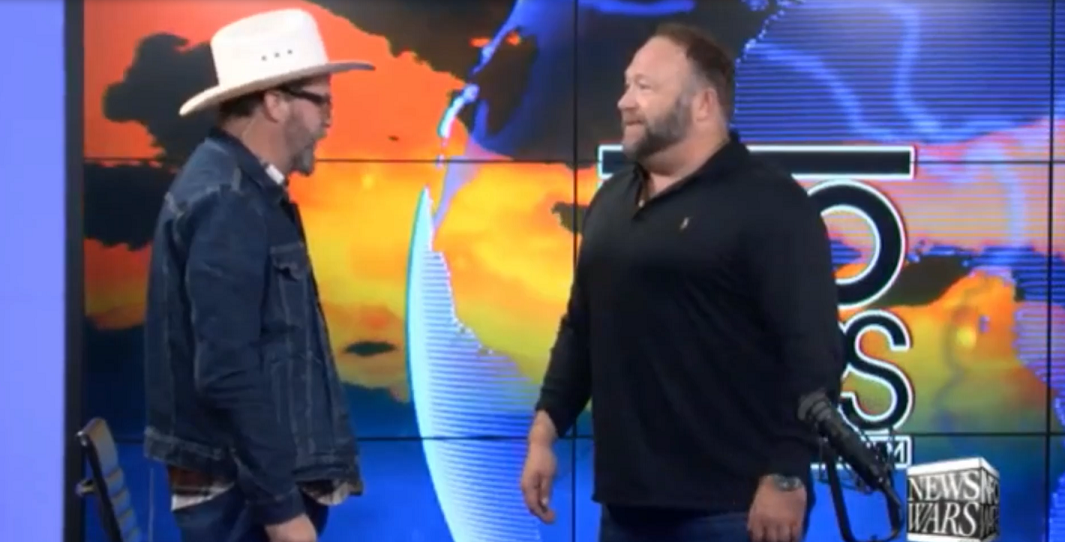 On Thursday, political commentator and comedian Gavin McInnes and Alex Jones met up in the Infowars studio and discussed quite a few topics, including the mass censorship that is happening to conservative and right-wing figures.

Near the end of their interaction, Jones asked McInnes to initiate him into the Proud Boys, a nationalist group.

After the beatdown, Jones was given the nickname “Honey Smacks” which is interesting because that particular cereal’s logo is a frog (watch Jones talk about about “gay frogs” in this video).