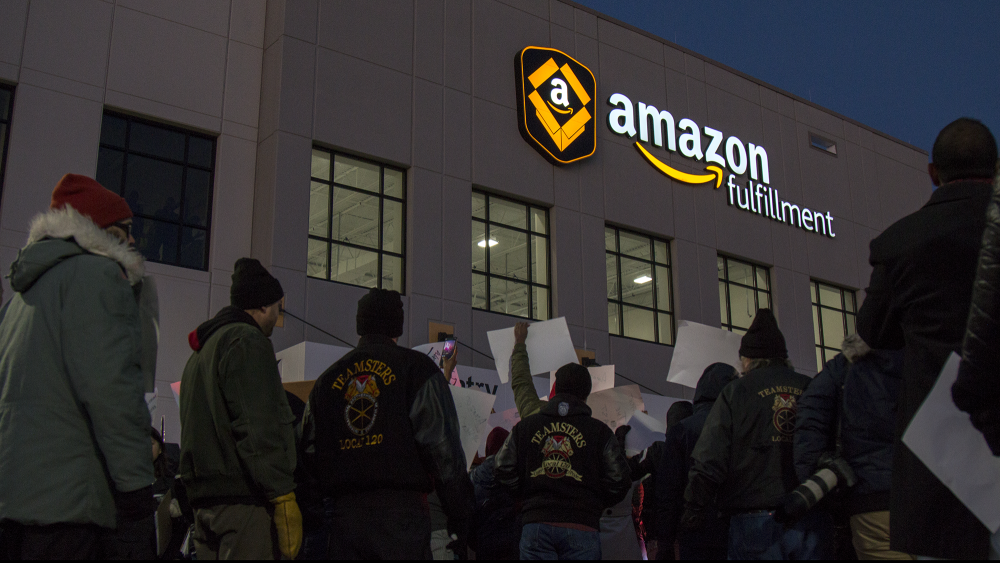 Thanks to the notoriously brutal working conditions at its fulfillment centers, Amazon has become a lighting rod of criticism from the American labor movement and the Democratic Socialists of America, who claim to champion the rights of workers (despite the fact that most of the organization’s members are college students and creative-class workers relying on handouts from their parents to pay their expensive Brooklyn rents). The e-commerce giant even won the dubious distinction of being specifically called out in a bill proposed by Socialist champion Bernie Sanders (his “Stop BEZOS” act).

As investigative reporters on multiple continents have burnished Amazon CEO Jeff Bezos’ reputation as a ruthless capitalist by exposing some of the company’s more extreme labor abuses, like effectively forcing employees to pee in bottles to avoid taking unpaid bathroom breaks and hiring ambulances to wait outside some of its warehouses to cart away workers suffering from heat stroke.

As the debate about what, exactly, Amazon owes its workers and the municipalities that host its facilities has taken on renewed relevance following the backlash to the generous tax breaks offered by NYC for Amazon to build a new headquarters in Long Island City (the city’s subway is crumbling, but Amazon is getting taxpayer-funded handouts to build a helipad!), more Amazon workers are rising up to protest their brutal working conditions.

This month, workers at the Amazon’s MSP1 fulfillment center in Shakopee, Minnesota gathered outside the facility on a cold Friday evening to protest several of these ‘abuses’, including the company’s refusal to accommodate Muslim workers by not providing adequate space and time for prayer as well as its refusal to accommodate workers observing the Muslim holy month of Ramadan, which this year coincided with the company’s Prime Day sale.

The reason given by Amazon for refusing to provide the air conditioning? The robots in its facility can’t function optimally in cold weather.

MSP1 is a fairly new and heavily-roboticized factory, much like the facility on Staten Island, New York, where workers recently announced their intention to unionize with the Retail, Wholesale and Department Store Union (RWDSU). One worker at the Staten Island facility, in a protest outside New York’s City Hall last week, expressed concern over long shifts, non-functioning smoke detectors and sprinkler systems, and inhumane temperatures. “We have asked the company to provide air conditioning,” she explained to the crowd, “but they told us that the robots inside can’t work in the cold weather.”