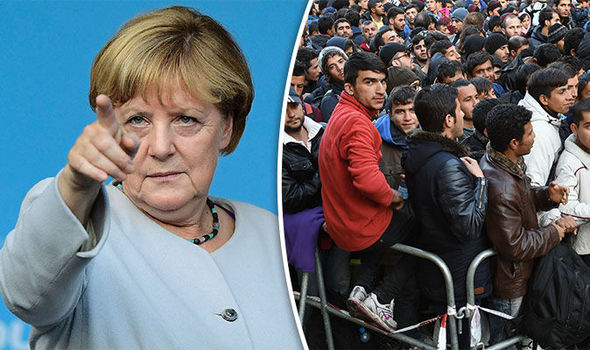 On Friday, German Chancellor Angela Merkel admitted the UN Migration Compact will be legally binding after she was confronted by Parliament Assembly Member Martin Hebner.

Speaker: The AfD has the next question.

Hebner: Madame Chancellor, concerning the refugee and migration policy, you have always emphasized the significance of a European solution. Now the one-sided confirmation of the Global Migration Pact [has] deeply divided Europe. Countries neighboring Germany have rejected this pact; an overwhelming majority. In this way, you have further isolated Germany. Why do you condone this? And to ensure that this pact was not legally binding, the German Parliament, in this case namely, the coalition government adopted a motion for resolution. Why didn’t you submit that as a letter of intent in the name of the German Parliament or in the name of the German government while in Morocco?

Merkel: The motion underscored what the German government negotiated. In addition to that, the motion intensively dealt with false information that originated from [one] side of the room. Allow me to point out, or actually I have to assume on your part that you understand that from the 28 member states, the number that accepted the migration pact is larger than those that did not. And thirdly, certain countries that withdrew from the pact were involved in the negotiations on behalf of the EU right up until the last moment. Obviously, I must accept that. However, those countries leaving are the ones violating the unity among those accepting the pact, with the exception of Hungary which did not accept the pact from the beginning.

Hebner: In this case, many countries, not just Hungary, that have withdrawn from this pact: Austria… should we both count through them?

Hebner: Gladly, we can count them. I can see how nervous you’ve become, because you insist on interrupting me. You can see for yourself clearly that during the conference, the spokesperson for Morocco emphasized that the agreement was legally binding. He said clearly, in a literal sense, that there is a corresponding legal bond for all nations taking part as well as an obligation of implementation. You and your delegation did not raise a single word of objection to that statement, but idly accepted it. I would like to emphasize that the parliamentary motion was not presented at the conference.

Speaker: I will remind you to submit your inquiry. Yellow turned to red already, hmm? Now Madame Chancellor.

Merkel: Of course, I want to excuse myself for the interruption, but I had to say, as a physicist, when it comes to numbers, they need to be the truth. So then, during the UN General Assembly next week, the pact will once again be up for debate and a decision will be made on whether to accept it. At this time, a member state can demand a vote. When two-thirds of the represented countries agree, then it is valid for all. That’s how majority decision-making works.