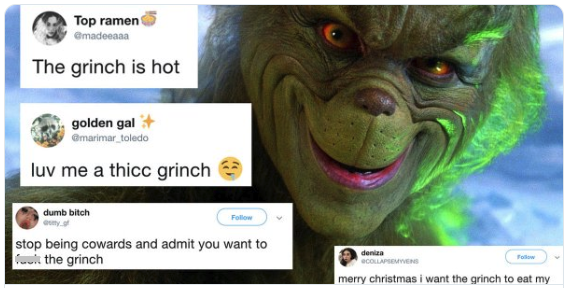 As Usual, VICE Is Asking The Important Questions…

VICE, a Canadian-American magazine and website that prides itself on being “the definitive guide to enlightening information,” posted the following question to their Twitter followers on Tuesday:

“It’s time to ask yourself: Would you f**k the Grinch?” 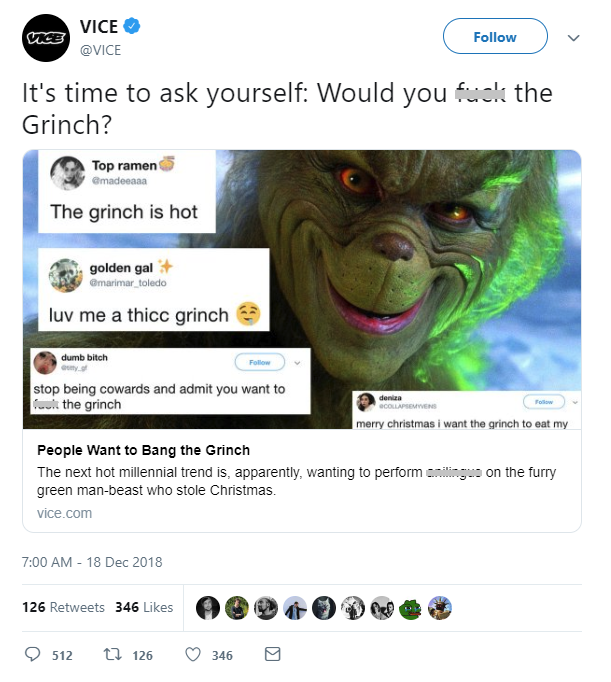 “The next hot millennial trend is, apparently, wanting to perform an****gus on the furry green man-beast who stole Christmas.

Damn the Grinch is thicc pic.twitter.com/R5BJjwEHyn

We get it. Sensationalist clickbait stories are great for views and ad revenue, but is there no limit to the degeneracy?

Would you want your young children to see this kind of language and content?

Here’s a link to their article if you really want to read it (Warning: NSFW)