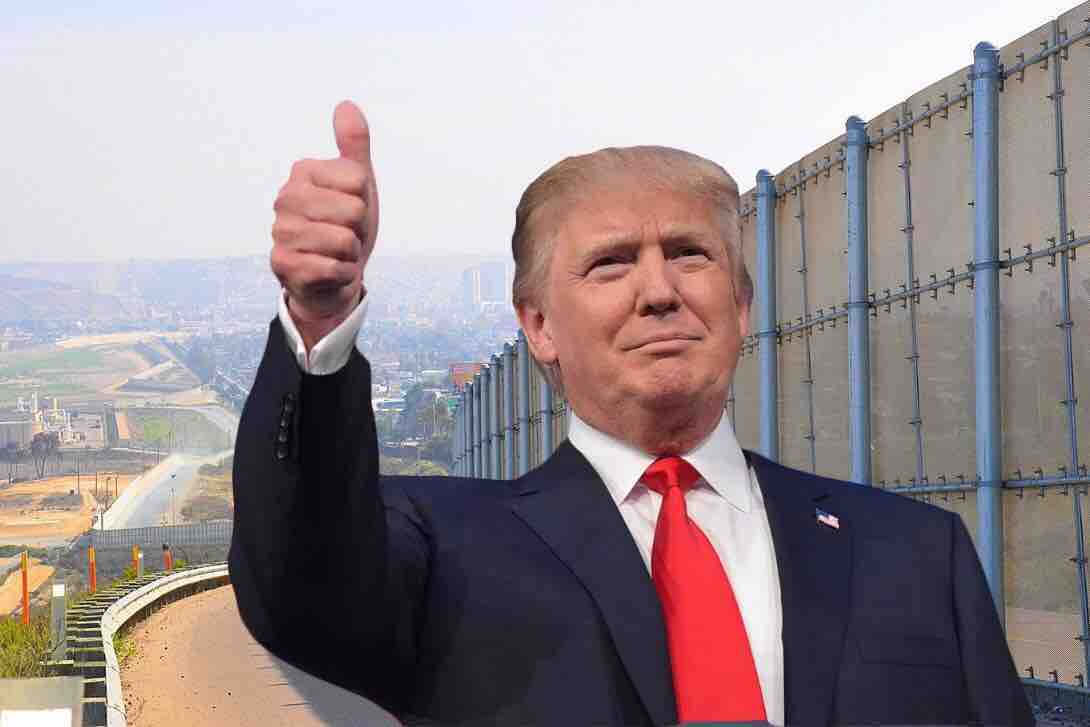 “We The People Will Fund The Wall” Is Trending On GoFundMe, Nearly $2 Million Raised So Far

Kolfage, who describes himself as a Purple Heart recipient triple amputee veteran, has provided personal information, links and photos on the fundraiser’s page to prove it is legitimate and not just a scam:

How do you know this is not a scam? I’m using my real name, my real information, you can contact me and hold me accountable. People who try to scam you will not be upfront with their information, they will hide and not use their name. I have a public figure Facebook page with a blue check  mark issued by facebook that verifies my identity.  I’m a retired United States Air Force member who was wounded in Iraq, and lost 3 limbs. I have a website BrianKolfage.com where you can verify more about me.  I will respond. I’ve been on Fox News many times, you can see I’m credible and a real person. The Gary Sinise Foundation also built me and my family a home. Do your research before donating, and contact me if you have any questions.

A recent update also hints at a possible interview with Fox News’ Laura Ingraham on either Wednesday or Thursday evening:

Here is the fundraiser’s story:

The government has accepted large private donations before, most recently a billionaire donated $7.5 Million to fund half of the Washington Monument repairs in 2012; this is no different.

Like a majority of those American citizens who voted to elect President Donald J Trump, we voted for him to Make America Great Again. President Trump’s main campaign promise was to BUILD THE WALL. And as he’s followed through on just about every promise so far, this wall project needs to be completed still.

As a veteran who has given so much, 3 limbs, I feel deeply invested to this nation to ensure future generations have everything we have today. Too many Americans have been murdered by illegal aliens and too many illegals are taking advantage of the United States taxpayers with no means of ever contributing to our society.

I have grandparents who immigrated to America legally, they did it the correct way and it’s time we uphold our laws, and get this wall BUILT!It’s up to Americans to help out and pitch in to get this project rolling.

“If the 63 million people who voted for Trump each pledge $80, we can build the wall.” That equates to roughly 5 Billion Dollars, even if we get half, that’s half the wall. We can do this.

Democrats are going to stall this project by every means possible and play political games to ensure President Trump doesn’t get his victor. They’d rather see President Trump fail, than see America succeed. However, if we can fund a large portion of this wall, it will jump start things and will be less money Trump has to secure from our politicians.

This won’t be easy, but it’s our duty as citizens. This needs to be shared every single day by each of you on social media. We can do it, and we can help President Trump make America safe again!