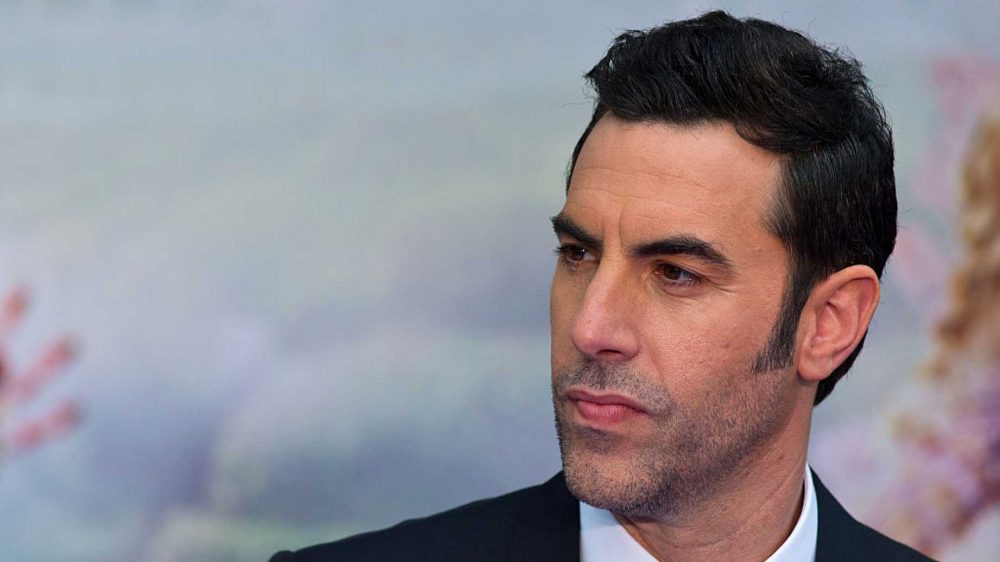 On Wednesday, Mike Fleming Jr. from Deadline met up with actor Sacha Baron Cohen to talk about his Golden Globe-nominated series ‘Who Is America?‘

Midway through the interview, Fleming Jr. asked Cohen about a scene from the movie ‘Bruno’ that involved singer Paula Abdul.

Here’s what was said:

DEADLINE: I recall that moment in Bruno, where you brought in Paula Abdul for an interview. She went along when asked to sit on a Mexican laborer on all fours, but when that smorgasbord came out, canapes spread across the body of a naked Mexican man, that was too much and she left in a hurry.

And there was an interview that didn’t make it in, with Gio. We were shooting some of this at the time of Harvey Weinstein. We wanted to investigate how does someone like Harvey Weinstein gets away with doing what…get away with criminality, essentially. And the network that surrounds him. We decided that Gio would interview a concierge in Las Vegas. During the interview, I revealed that basically Gio has molested an eight-year-old boy. Now, mind you, this is extreme comedy and we thought that the guy would leave the room. Instead, this concierge stays in the room and I go, listen, you’ve got to help me get rid of the problem. And this guy starts advising Gio how to get rid of this issue. We even at one point talk about murdering the boy, and the concierge is just saying, ‘well, listen, I’m really sorry. In this country, we can’t just drown the boy. This is America we don’t do that.’ And then, in the end, he puts me in touch with a lawyer who can silence the boy. I became really dark stuff. And then at the end of the interview I say, listen, I want to go out and celebrate now. Can you get me a date for tonight? He says, ‘what do you mean, a date?’

I go, you know, like a young man. He says, ‘well, what kind of age?’ I say, lower than Bar Mitzvah but older than eight. And he says, ‘yeah, I can put you in touch with somebody who can get you some boys like that.’

DEADLINE: None of this remotely qualifies as comedy. What did you do?

BARON COHEN: We immediately turned over the footage to the FBI because we thought, perhaps there’s a pedophile ring in Las Vegas that’s operating for these very wealthy men. And this concierge had said that he’d worked for politicians and various billionaires. But in the end the FBI decided not to pursue it.

DEADLINE: Not surprising you didn’t put it in the show…

BARON COHEN: It was too dark and wrong. In a journalistic way it was fascinating, but it was so extreme and so dark that it was too unsettling for the audience.

Perhaps the biggest takeaway from this conversation is the fact that the FBI decided not to investigate this alleged pedo ring (which might still be operating today).

Link to the full interview