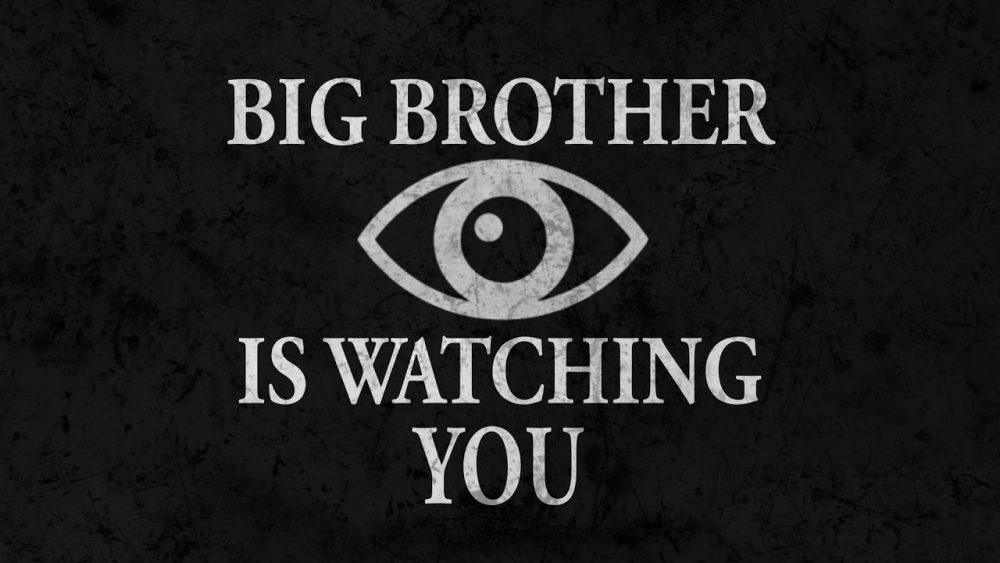 “We know that no one ever seizes power with the intention of relinquishing it,” came a warning from George Orwell’s novel, 1984, that is rapidly, wickedly, becoming prophecy with new Amazon eye-in-the-sky technology and a dark and disturbing twist. The American Civil Liberties Union (ACLU) is poking that eye with a sharp stick.

And Jeff Bezos is not feeling the love.

In what appears to be Bezos’s latest strategic move in the quest to replace God as knower of all things is a hybrid monster of facial recognition software and a doorbell camera widget manufactured by Ring, a company that Amazon bought earlier this year.

In a gross assault on the right to privacy, a patent filed months ago essentially describes a product that captures information on people who as much as walk past a doorbell, sending real-time information to police databases. It also will allow customers the ability to upload to law enforcement photos of anyone they deem might be a sketchy individual.

What does a non-sketchy, normal person wear when ringing a doorbell?

Jacob Snow, a technology and civil liberties attorney for the ACLU, is fired up and fighting:

“It’s rare for patent applications to lay out, in such nightmarish detail, the world a company wants to bring about. Amazon is dreaming of a dangerous future … ”

Or perhaps Bezos dreams of ruling the world.

But attaining an unlimited collection of facial snapshots is just the beginning. A deeper dive into the patent application reveals that Amazon is prepping to expand its unlimited munitions stash of photos with other biometrics. And what it plans to extract from unsuspecting folks will horrify freedom-loving Americans.

Amazon plans to advance data collection that will include fingerprint scans, skin-texture analysis, DNA information to rival that of Ancestry.com, palm-vein analysis, hand geometry, iris recognition, odor/scent recognition, voice recognition, and if you have a hitch in the giddy-up, it will be able to track that as well.

An authoritarian surveillance police state in the making?

But let’s talk about Rekognition, another program Amazon sold to law enforcement agencies and pitched to Immigration and Customs Enforcement (ICE). It’s fatally flawed against people of color. A test found the program misidentified 28 lawmakers as police suspects, including six members of the Congressional Black Caucus. Oops, discriminatory, much?

On top of concerns by activists, community leaders, and politicians, 450 of Amazon’s employees signed a letter of protest to Bezos to “demand that we stop” sales of the controversial software immediately, and one brave soul published, anonymously, a heartfelt call to arms in an editorial on Medium:

“Amazon talks a lot about values of leadership. If we want to lead, we need to choose between people and profits. We can sell dangerous surveillance systems to police, or we can stand up for what’s right. We can’t do both.”

As critics fear Amazon is pushing for a world policed and governed through automation, Bezos software continues to rack up sales, potentially removing human judgment from the law enforcement tool kit.

Members of Congress, employees, and civil rights organizations all have requested answers from Bezos, and they have been met with only the chirps of crickets. Amazon refuses to talk. But Teresa Carlson, vice president of the worldwide public sector of Amazon Web Services, is on record stating that Amazon “unwaveringly” supports law enforcement and the U.S. government defense and intelligence services. That may tell us all we really need to know.

As soothing words from 1984 tell us, “But it was all right, everything was all right, the struggle was finished. He had won the victory over himself. He loved Big Brother.”

America, Big Brother has your six. Look out.

TCC Editor’s Note: How have we gotten to the point where private companies have become more dangerous and intrusive than the government itself? 10+ years ago, everyone was freaking out over the Patriot Act, NSA data centers, etc. Now, it seems like all of the big tech companies have MORE power than the government; they are worth billions/trillions, have unlimited resources, their users are ADDICTED to the platforms they created… it never ends. Are we already living in a 1984 dystopia or is it right around the corner? Congress isn’t doing anything to stop the madness; most likely because of lobbyists filling their corrupt pockets. The POTUS isn’t intervening…

As common citizens, is it even possible to fight back against these behemoths, or is it too late?

Published in Opinion, Technology and U.S.