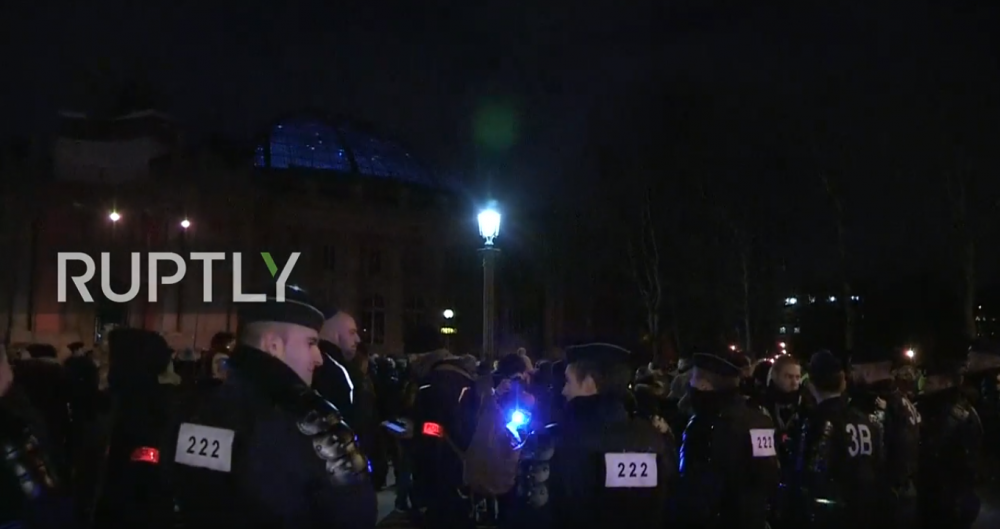 French police officers are gathering in Clemenceau, in front of the police station of the 8th district of Paris on the Champs-Elysees on Thursday, December 20, to protest against their working conditions after weeks of ‘yellow vest’ protests.

Lesgyrosbleus, as they call themselves on social media, are protesting against unpaid overtime, and are calling for better equipment, as well as more psychological and social support.

The French government offered to give a €300 ($342) bonus to police officers deployed to control the ‘Yellow Vest’ protests that began last month.

The protests, named after the fluorescent safety vests the demonstrators wear, started in November over rising fuel prices but have since morphed into a mass show of dissatisfaction involving pensioners, the unemployed, those just getting by, and small business owners.