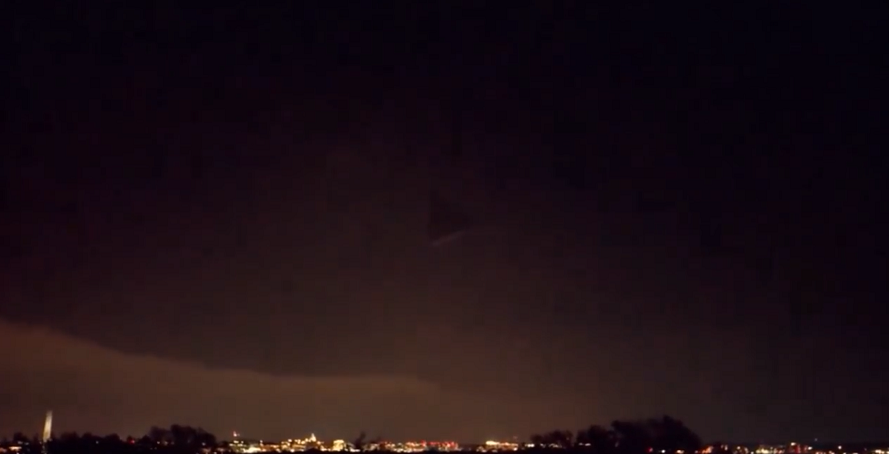 A rotating, triangular-shaped UFO was recently spotted hovering over the Pentagon in Washington D.C.

Screenshots of the UFO:

An almost identical looking object was caught on camera flying over the Kremlin in 2013: 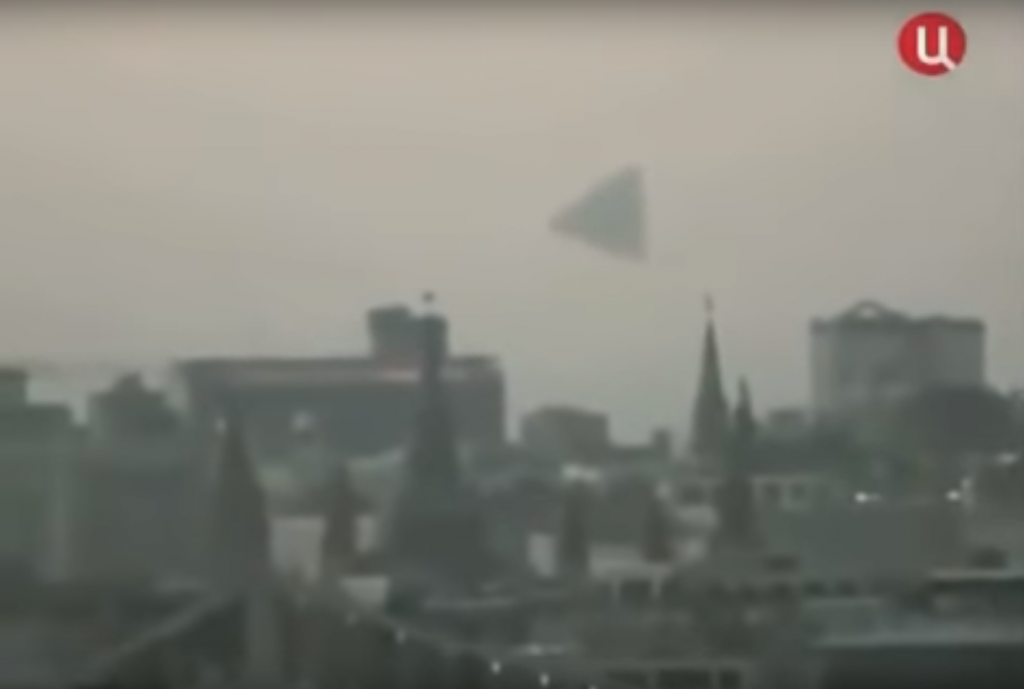 On Saturday, December 8th, SpaceX’s Dragon CRS-16 spacecraft was filmed during its rendezvous with the ISS.

At timestamps 1:33 and 4:20, a strange triangular and metallic-looking object can be seen passing near CRS-16: