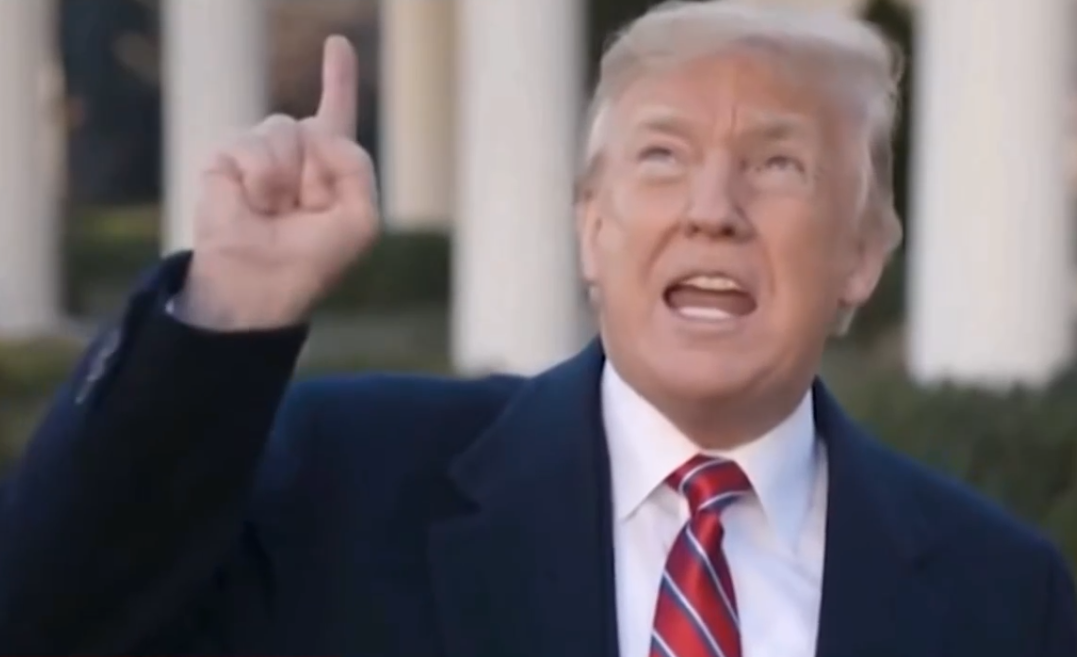 Troop Withdrawal: What Did Trump Mean When He Said “And That’s The Way THEY Want It” While Pointing At The Sky?

The White House recently released a video of President Donald Trump speaking about his controversial decision to withdraw troops from Syria and Afghanistan.

In the clip, Trump stated the following:

As the POTUS said “…and that’s the way THEY want it,” he looked up and pointed at the sky.

Some have speculated he was talking about the thousands of U.S. soldiers who have died in the Middle East.

Others believe he may have been referring to something else…

What do you think he meant? Who are “they”? Leave a comment below.