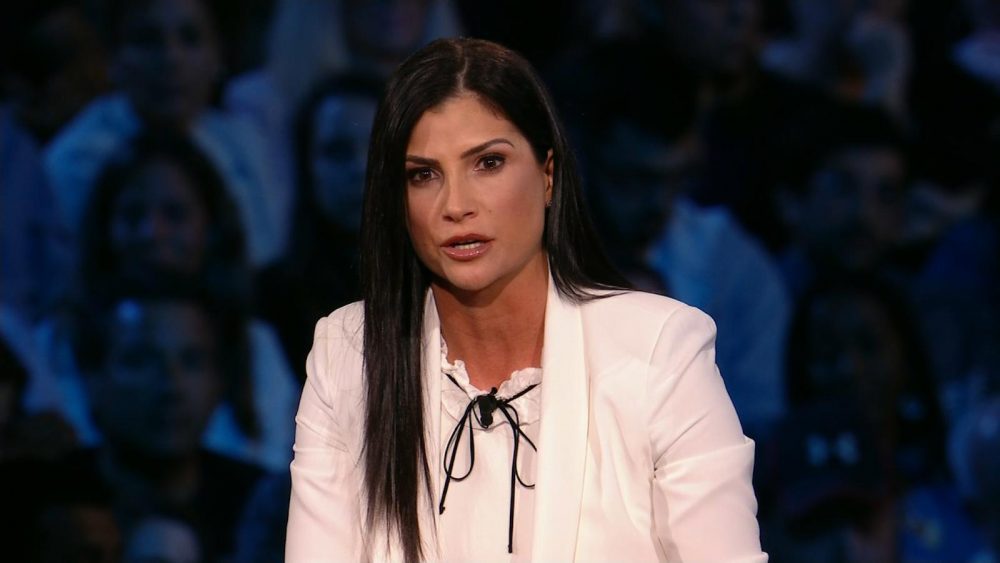 On Saturday, Michael Harriot, a columnist at The Root, posted a very disturbing message on Twitter directed towards NRA spokesperson Dana Loesch.

“I hope she dies in a car fire with the windows open so she doesn’t pass out from smoke asphyxiation and has to burn slow. 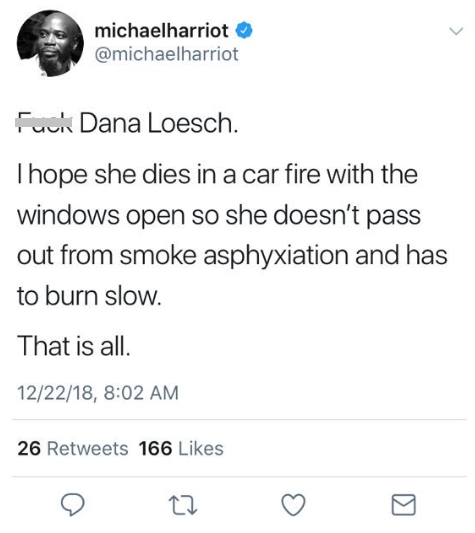 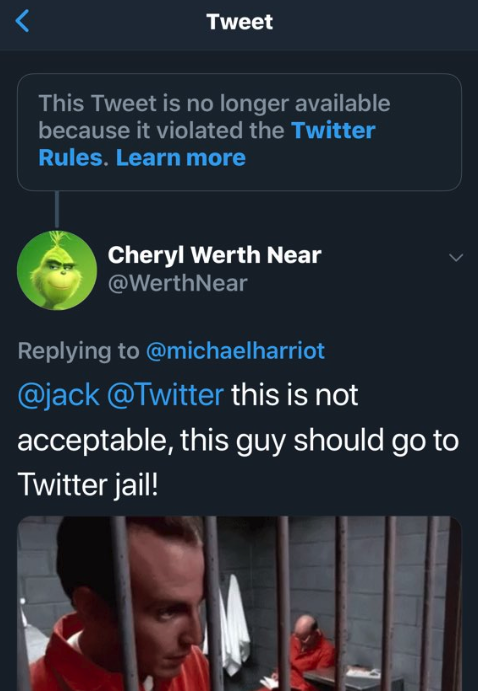 When a former follower confronted Harriot, he defended his previous message: 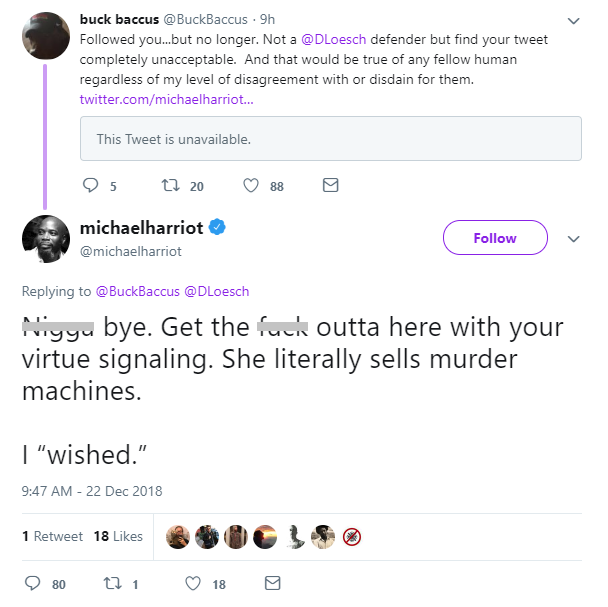 Also, why is Harriot still a verified user?

Social media companies need to start enforcing ALL of their policies, no matter who violates them. At this point, it’s entirely one-sided when it comes to bans and censorship; conservative accounts are far more likely to face their wrath.

The bias and double standards need to end.