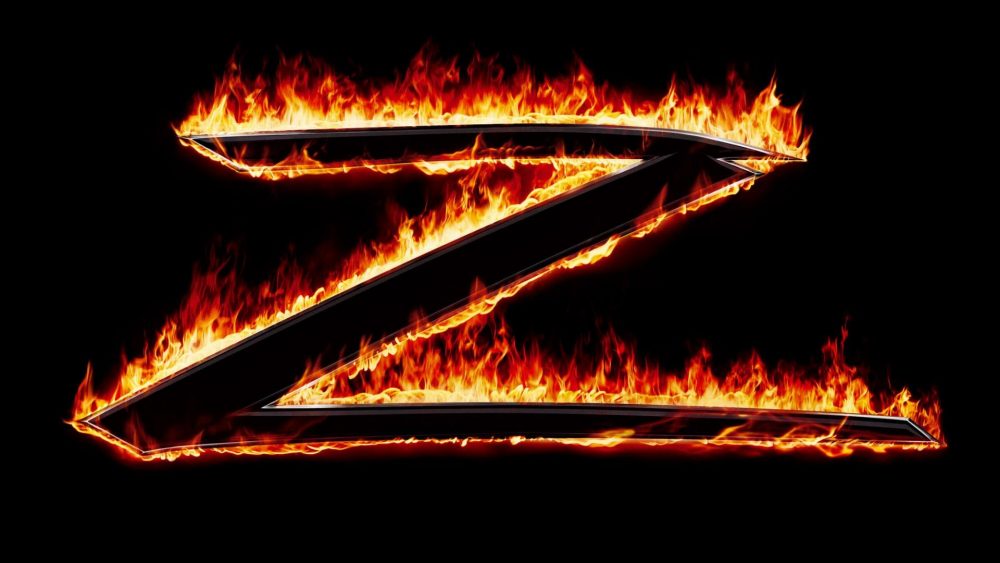 In October, an anonymous image board user who calls himself “ZAnon” posted a dire warning:

The IPCC report has the elites panicked.
They know we are about to go extinct.
They are currently frantically planning their depopulation agenda.
It is called the TRIDENT solution:

Very soon, markets will begin to free fall. The elites are hoarding the food in their bunkers so expect grocery stores to close down without warning forcing people to drive further and further for food. Banks will fail. The credit card system will fail. Businesses will close, people will be hungry, broke and angry.

They want an immediate cease to procreation so there will be a mass outbreak of Zika and the media will bombard women to abort and avoid sex entirely. You will be strongly encouraged to vaccinate for a new disease, do not get the injection, it is live culture. Coal fired power station will be shut down. Gas will be cut off. There will be fuel shortages. There will be mass cullings of livestock due to this new disease. 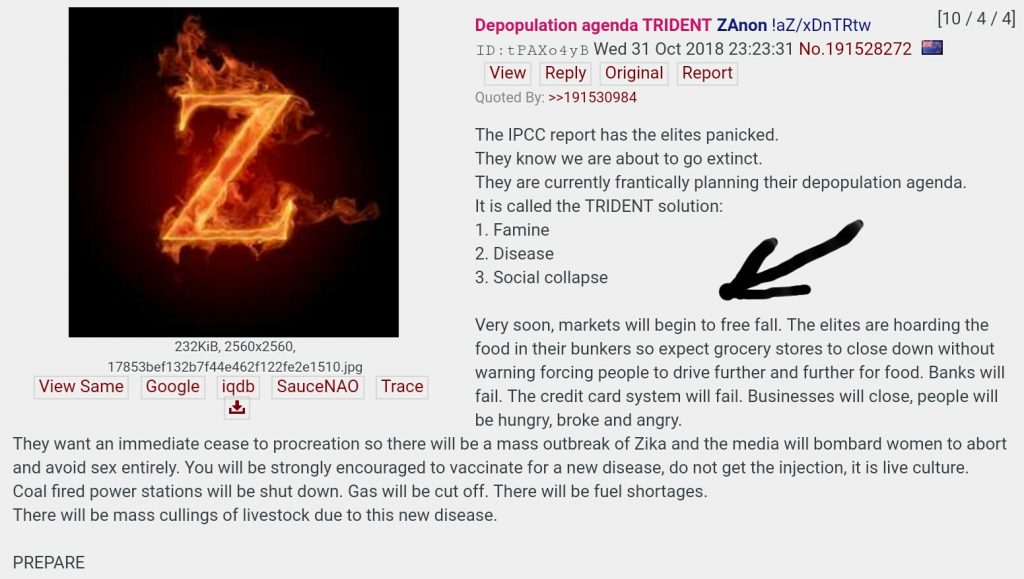 Just hours ago, he made a new post titled “I tried to warn you”:

It’s all going as planned.
In the new year, you will start to see just how bad the world can get.

ZAnon then provided some evidence that his predictions are coming true: 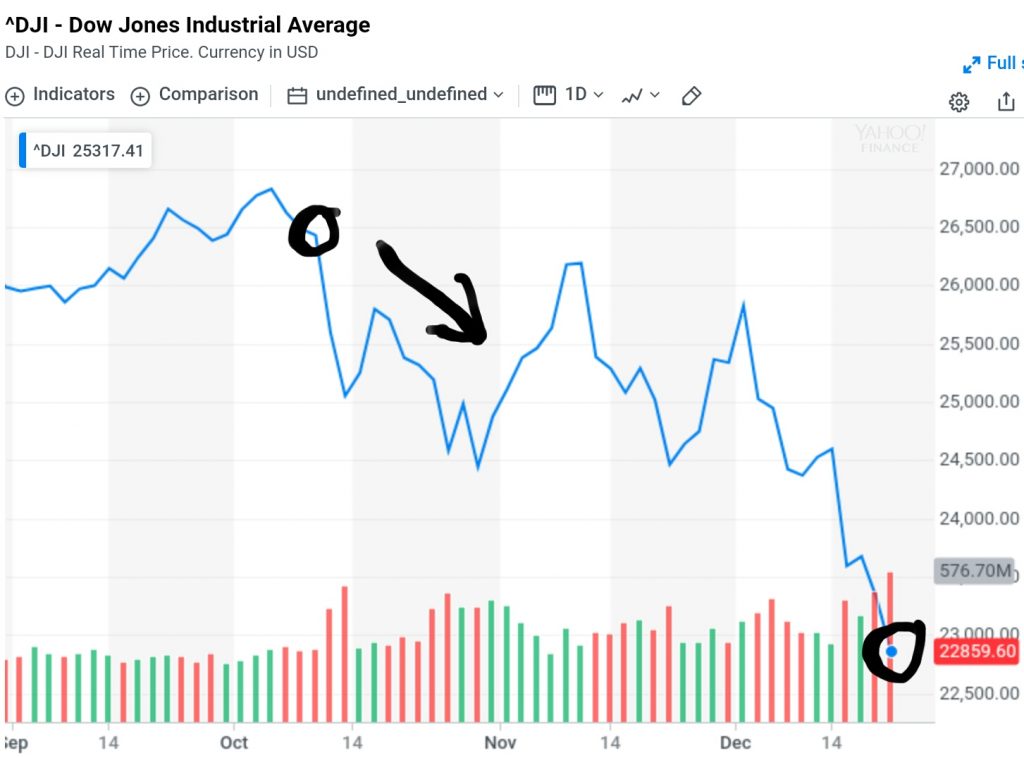 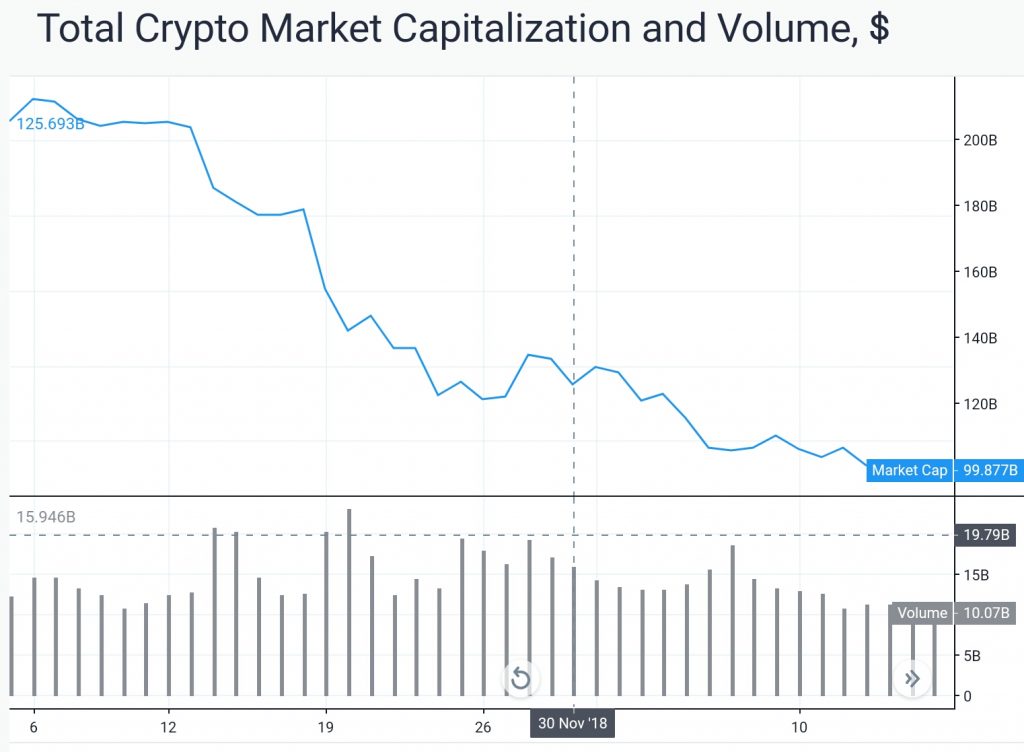 He offered advice and other information related to the inevitable doomsday-tier event that will occur next year:

Buy the biggest freezer you can and fill it with meat and veggies. Buy lots of tinned food, especially sardines. Buy toilet paper, toothpaste, razors etc.

Get your own power.

The food will run out before the power does.

You might as well have a freezer full of food because either the food is going to run out, or there is hyperinflation, or you don’t want to battle everyone else when the sh*t hits the fan.

Crypto all going to ZERO.

We have 8-12 years before drought, heat waves, wild fires and storms destroy the food crops and we go extinct.

Look at how f**ked up the world is RIGHT NOW.

Social collapse in parts of Europe and parts of South America. US government is a shambles. China ready to f**k America up. Everyone warning that we are about to have an economic collapse.

Read the IPCC report.
Then realize it’s dated.
Then realize the 1.5C target for 2050 was already hit in 2016.
Then realize that it completely ignores 45 feedback loops such as permafrost melting ejecting billions of tons of methane into the atmosphere, and methane is 30x worse than CO2.
Realize that’s it’s already too late, and eventually the masses will stop ignoring the scientists daily warnings and there will be panic.

Now realize that the 450 nuclear power stations will go into meltdown without human supervision, bathing the entire planet in ionizing radiation killing all complex life. 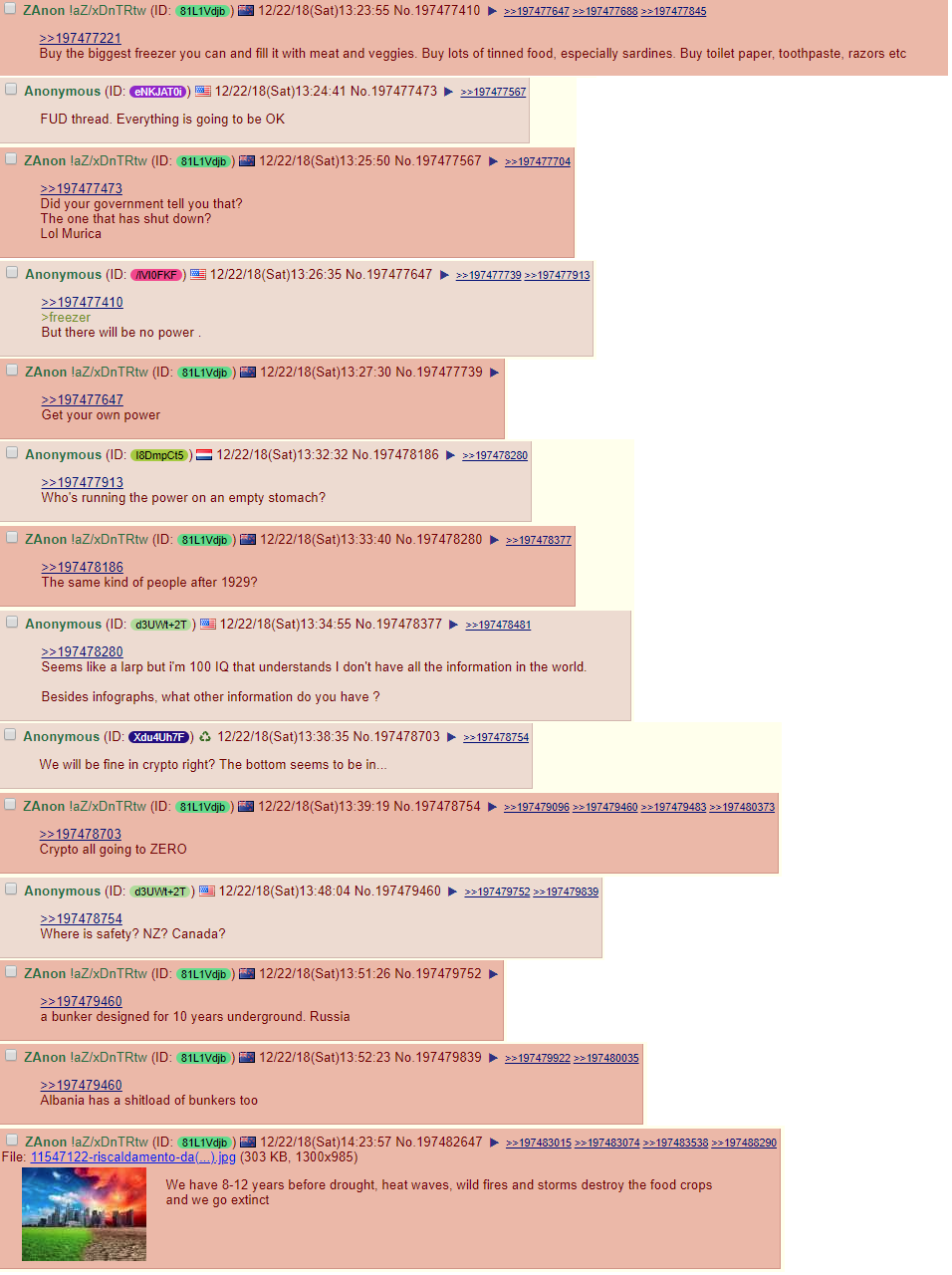