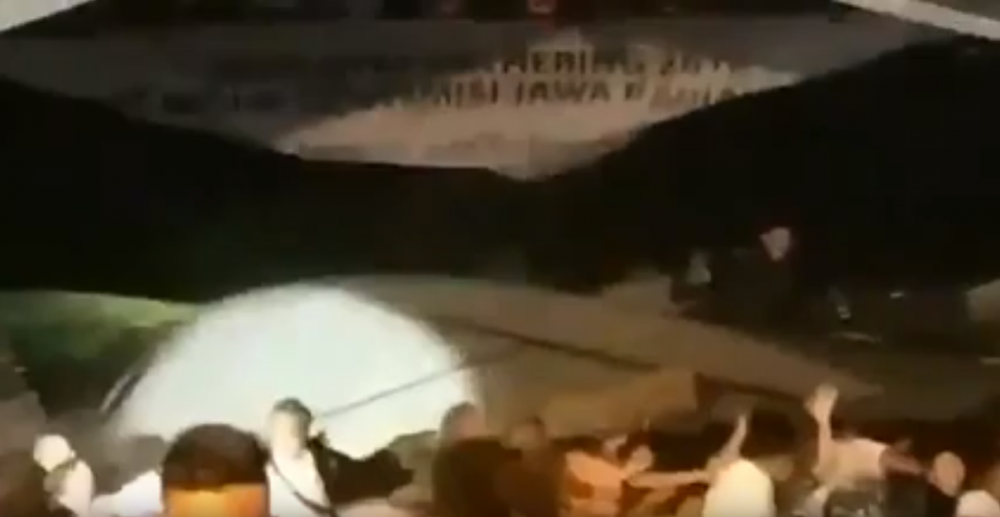 A video uploaded by YouTube channel Smilin Politics shows the deadly tsunami that killed over 160 and injured hundreds more crashing through a live music concert.

“The water washed away the stage, which was located very close to the sea,” the band said in a statement.

“The water rose and dragged away everyone at the location. We have lost loved ones… and others are missing.”

Seventeen’s bassist, Bani and manager, Oki are believed to be among the dead.

In a tearful Instagram post, the band’s lead vocalist Riefian ‘Ifan’ Fajarsyah said that his wife, actress Dylan Sahara and other band members are among the missing.

Watch the unbelievable footage below: