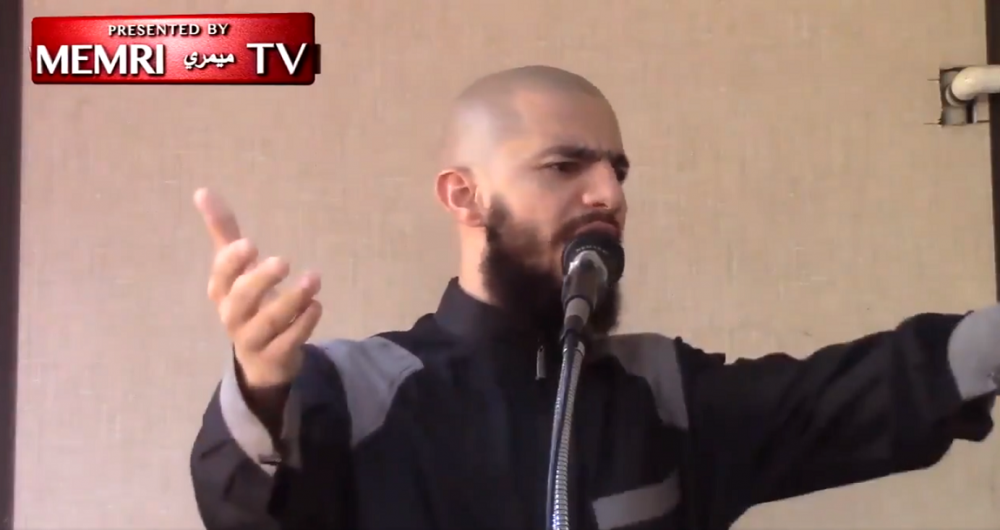 Islamic Cleric Tells Christians: “Your Whole Religion Is A Joke”

Scroll down to watch the video

“How many times in your life have you had to say ‘Merry Christmas’ to someone just to be… nice?

“And if I don’t believe something, then it’s all good.

“That would be nice if you were in some other religion.

“If it’s not endorsed by the Divine entity, it is from the words of the [Shahada?]

“And therefore that acknowledgement of yours is problematic. You are indirectly acknowledging a Satanic festivity. A Satanic holiday, which Allah has… [unknown]… did not legislate.

“When we establish that you may not be returned the favor, if we may use this term and say ‘Merry Christmas’ back to you, you can actually use this as an opportunity to inquire.

“Instead of saying back – say, ‘That’s interesting, can you tell me more about it?’ You have the right to learn. Of course he’s going to think ‘Are you a fool? You’re going to tell me you don’t know about Christmas?’ I mean look, they have Christmas trees everywhere and Santa Claus is about to come down the chimney… which has nothing to do with Christianity, by the way.

“I mean, they’ve invented so much into this, it’s almost like a big joke and a big gimmick and people continue to buy into it. It’s business at the end of the day. It’s a business.

“If the situation does not allow this type of dialogue – because I understand. Then, sometimes you just have to be slick.

“Being slick is changing the subject. And, trust me if you master the skill, it will work 80% of the time.

“And they say, ‘Well, I tell you [unknown], you cannot say Merry Christmas to me?’ Well, you don’t have anything that you adhere to. I do. I mean, your whole religion is a joke. Mine is not. I’m thinking about [unknown]. When was the last time you thought about [unknown]?

“I mean, you [unknown] in your life from the time you’re born until you die, now you want to tell me that we’re the same? We’re not the same.”

American Islamic cleric warns U.S. Muslims: "Do not be weak. By saying 'Merry Christmas,' you acknowledge a Satanic Holiday; Your whole religion is a joke. Mine is not."pic.twitter.com/wE2GL6rwPv