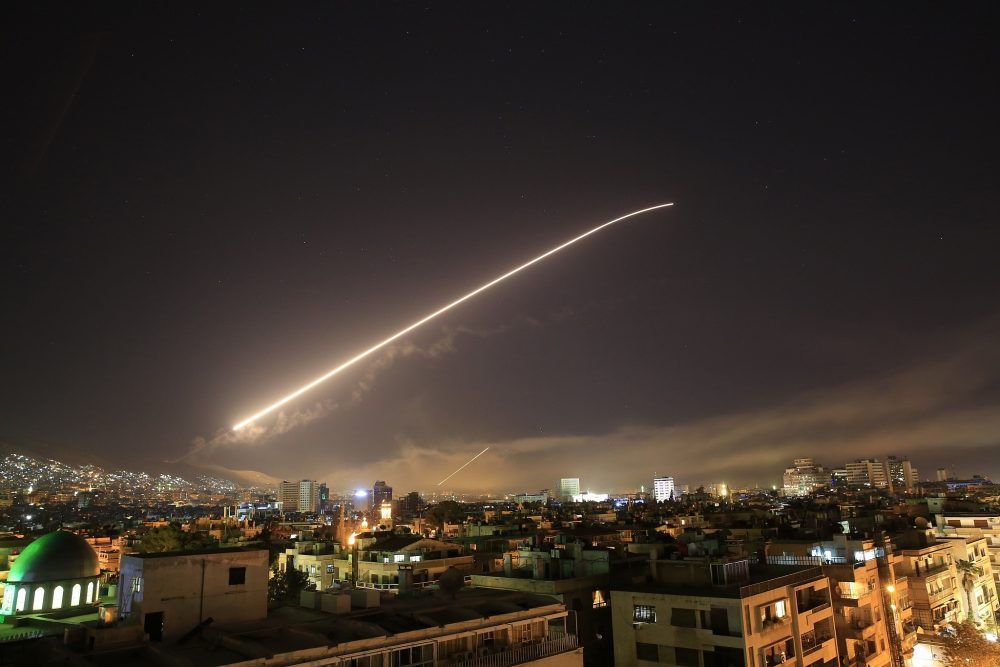 Syrian air defenses were triggered on Tuesday evening to what appears to be a missile attack around the capital Damascus, state TV reported.

From The Times of Israel:

Syria said it deployed its air defenses against “enemy targets” near Damascus Tuesday night, in what was alleged to be an Israeli airstrike.

Videos shared on social media purported to show missiles being fired from near Damascus into the night sky.