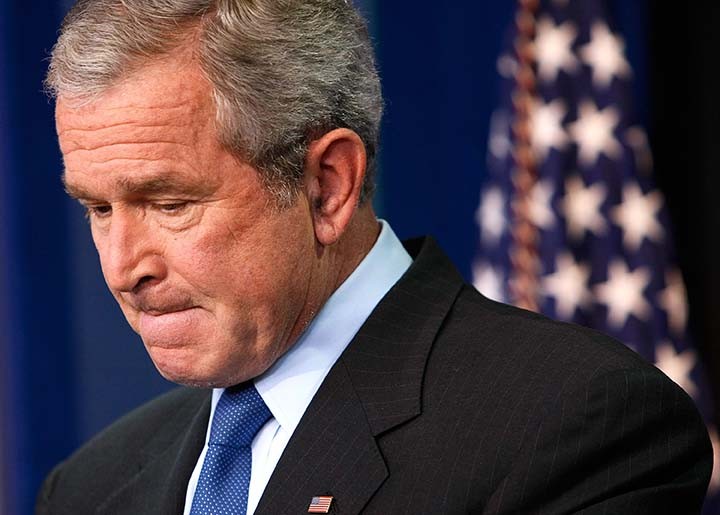 On Tuesday, George W. Bush, the 43rd President of the United States, set his Twitter account to “protected”: 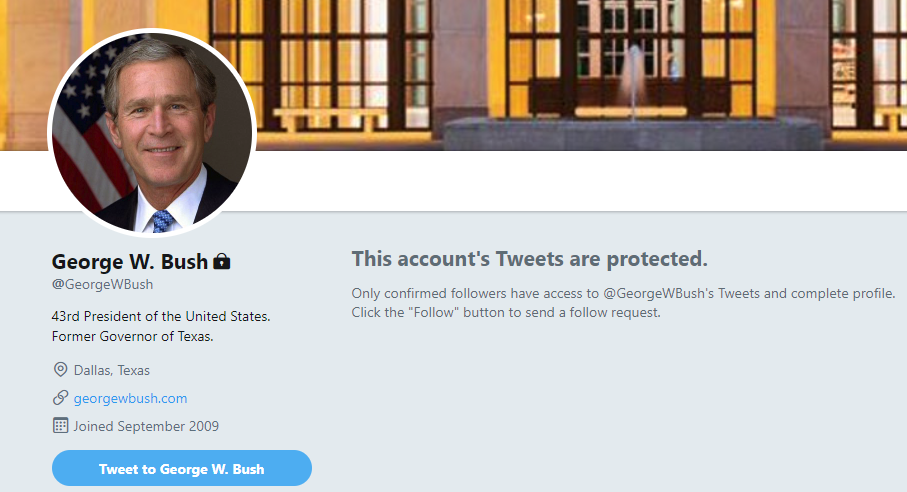 The move confused many as Bush has reportedly not been seen in public since his father’s funeral on December 6th.

I just said the same thing about an hour ago…. I’m searching for answers

That’s something a lawyer would advise. Delete your social media accounts. Something is on the move here.

Hillary and Obama sent out tweets from last Christmas. Something is afoot.

Hillary tweeted Merry Christmas with a photo of Bill, her, and Chelsea from 20 years ago…Obama tweeted same thing with a 4 year old photo, Comey been silent 4 days along with Jeb and Brennan! George Bush Twitter has been deactivated! They've been arrested I believe

Is it possible the alleged “indictments” a few GHWB funeral attendees received forced some elites (i.e. George W. Bush) to go into hiding? 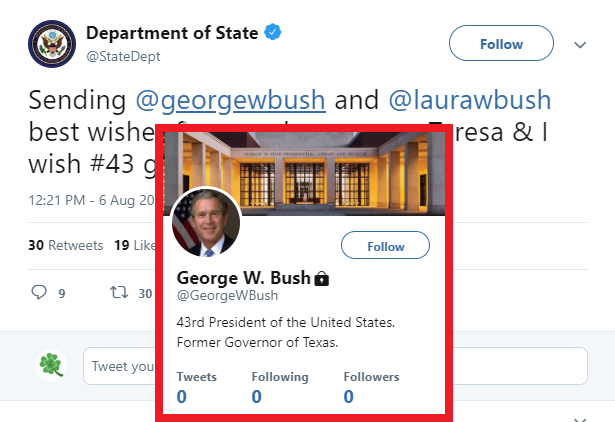