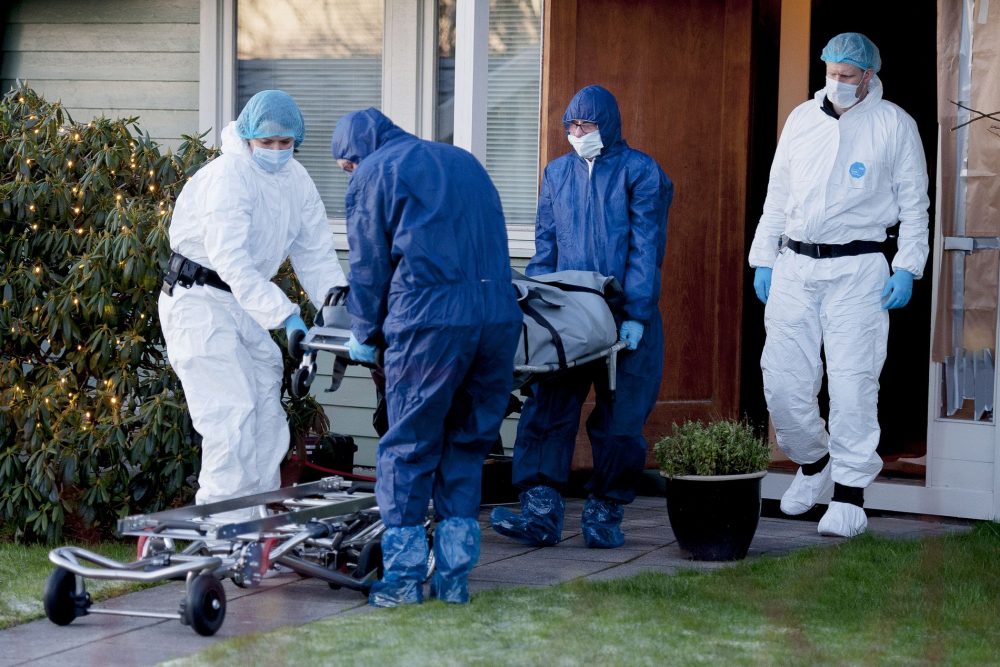 It turns out a man in Rogaland, Norway who made a number of threatening posts on popular image board 4chan (/b/ Random) actually ended up murdering his father while he was sleeping.

The suspect, who is in his 20s, was arrested and charged with murder after he reportedly called the police on himself after the grizzly incident.

Norwegian news outlet VG spoke to police Thursday morning and they said the cause of death was due to “blunt force injuries to the head.” This correlates with the man’s alleged 4chan posts AND a picture he provided showing a bedroom with blood splattered on the walls and a fire extinguisher lying next to a dead man’s body.

In the photo’s caption, the suspect said “OP here. I’m about to call the police for myself.”

Click here to view the image (Warning: may be unsettling for some viewers)

How it all started

In the beginning of the 4chan thread, the man stated this:

“Sorry guys. Two beers left and I will go for it. It will ruin my life for years so I need to get some courage.”

He attached a picture which provided the date and time, along with the forum (/b/) written on a piece of paper. This is a common method anonymous posters use to prove they are not “larping.”

His next message revealed his father was “abusive” and he was waiting for him to fall asleep:

“I’m going to kill my abusive father. Just need to make sure he dies. Waiting for him to fall asleep.”

After being asked the method he will use to murder his father, he said this:

“I’m going to hit him in the head with fire extinguisher and then strangle him.”

Another user called him a “chicken” and he responded with more details about his father:

“Tell it to the man who abused multiple women and me [throughout] his life. He is violent rapist. I will be doing the world a favour.”

The thread continued to get more and more grim as the suspect appeared upset and posted additional photos, including one of a fire extinguisher with a knife next to it and another of his father’s bedroom doorway:

Some people in the thread, all anonymous, began to realize the OP (original poster) was serious and about to commit a heinous act. Others, most likely desensitized from previous murder/suicide threads, actually encouraged the suspect.

See an archived version of the “/b/ murderer” thread here (Warning: NSFW)