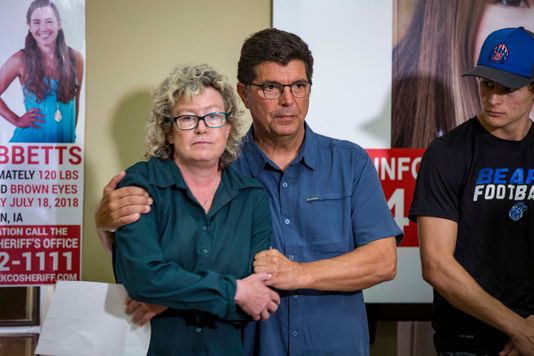 The mother of Mollie Tibbetts, the University of Iowa student whose disappearance and killing attracted national attention, has taken in the son of Mexican immigrants who worked with her daughter’s accused killer, according to a Washington Post report.

In a story published Friday, The Post reported that Laura Calderwood brought Ulises Felix, 17, into her home. Ulises’ parents worked alongside murder suspect Cristhian Bahena Rivera at a dairy farm in Brooklyn, Iowa.

After Bahena Rivera’s arrest, Ulises’ parents fled town for Illinois and left behind their American son, a high school boy, according to the Post. When Tibbetts’ younger brother, Scott, asked Calderwood whether they could take in Ulises, the 55-year-old woman wondered what her daughter would do, Post reporter Terrence McCoy wrote.

Ulises has been living in a spare bedroom in Calderwood’s house. Mollie’s brother, Scott, also lives there.

Mollie Tibbetts was found dead Aug. 21, her body hidden in a cornfield in rural Poweshiek County, Iowa, after a month of searching for her.

Authorities charged Bahena Rivera, a 24-year-old farmhand, with first-degree murder, saying the undocumented immigrant confessed to abducting Tibbetts while she was on a run July 18, just outside of her hometown of Brooklyn.