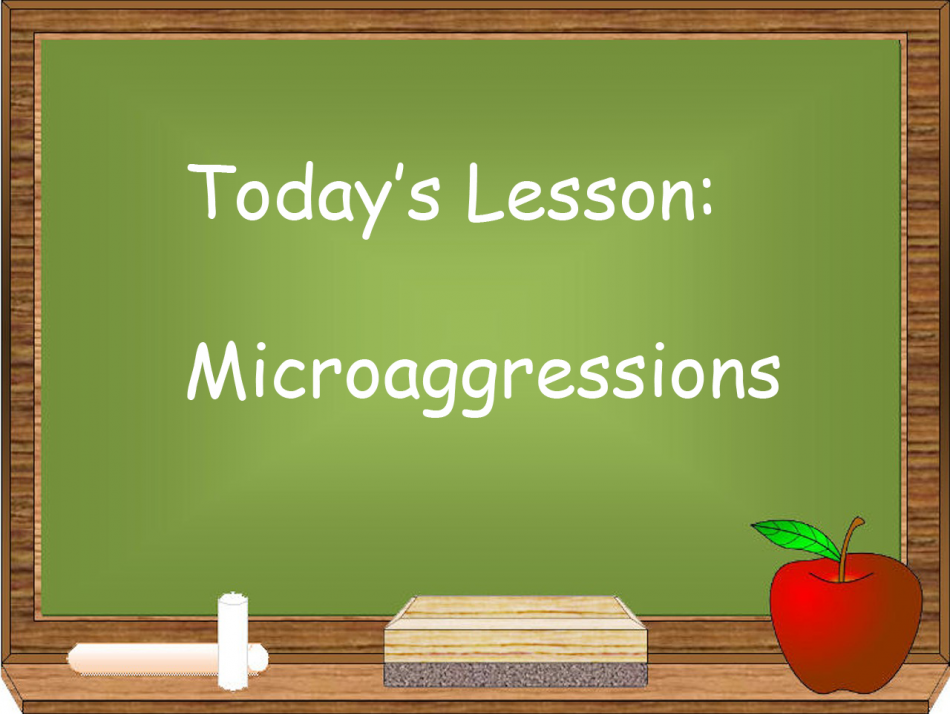 A second-year medical student at the University of Virginia was suspended for one year after he apparently offended lecturers, staff and some students by expressing his concerns in a conversation about “social issues in medicine” and “microaggressions.”

In a letter sent to the student by the Chair of the university’s Academic Standards and Achievement Committee (ASAC), he stated the student’s behavior was “thought to be unnecessarily antagonistic and disrespectful.” The Chair also suggested the student should “consider getting counseling in order to work on your skills of being able to express yourself appropriately.”

Two weeks later, the student received another letter stating he was being suspended from the school and could “apply for readmission to return to class no earlier than August, 2019.” It even mentioned how ASAC decided the student’s “offensive” actions necessitated the calling of an emergency meeting to determine his future:

The student posted audio recordings of the lecture and ASAC hearing on SoundCloud (the “offensive” interaction can be heard from 28:45 to 34:00 in the recording titled ‘Microaggressions presented by AMWA’):

The student has also contacted Senator Tim Kaine (D-VA) as well as a lawyer for assistance on this matter:

UPDATE #1: Here is the complaint that allegedly started this whole debacle: 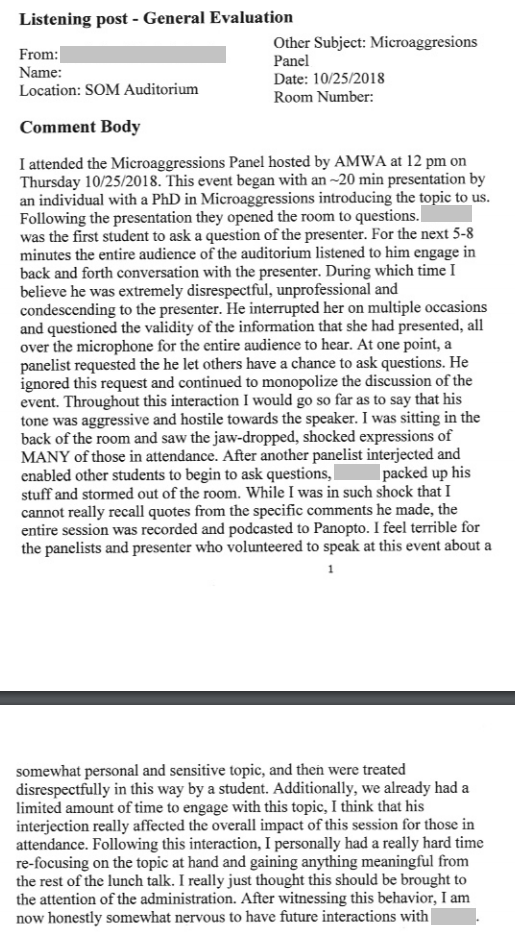 UPDATE #2: Below is an audio clip of a transplant surgeon who reportedly attended the lecture and talked about her life-altering “microaggression” experience with a severely ill patient…

UPDATE #3: It appears the university also offers a one-credit hour COURSE called Microaggressions: Why Are “They” So Sensitive? – 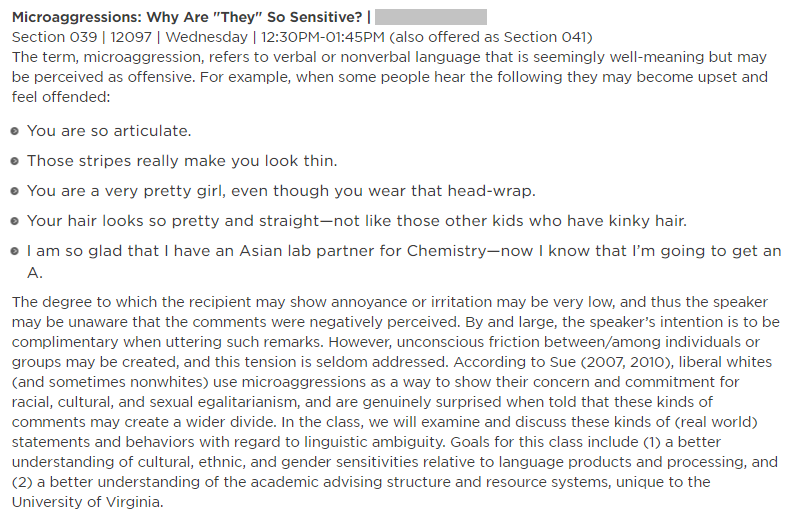 Med Student Kicked Out of University After Questioning SJW Lecture 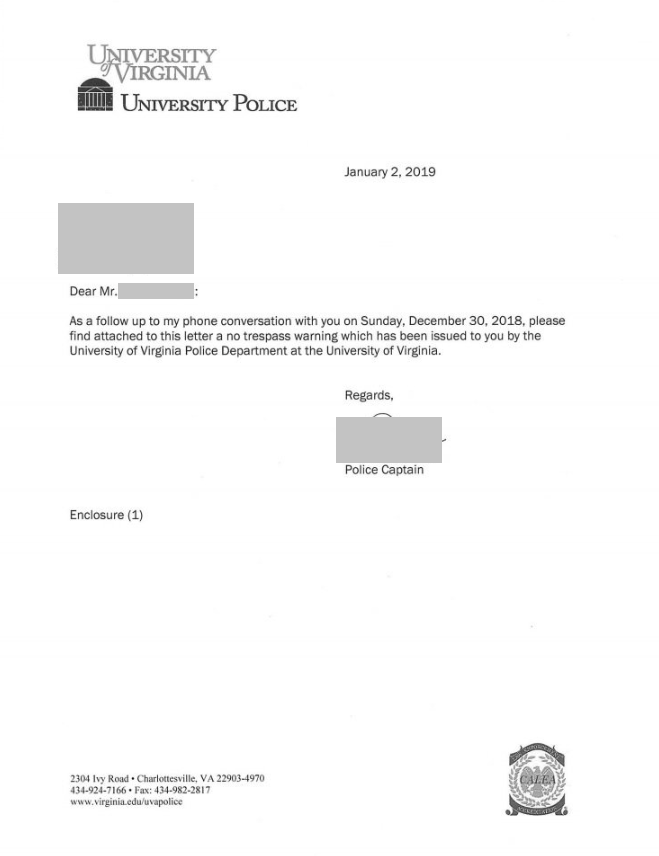 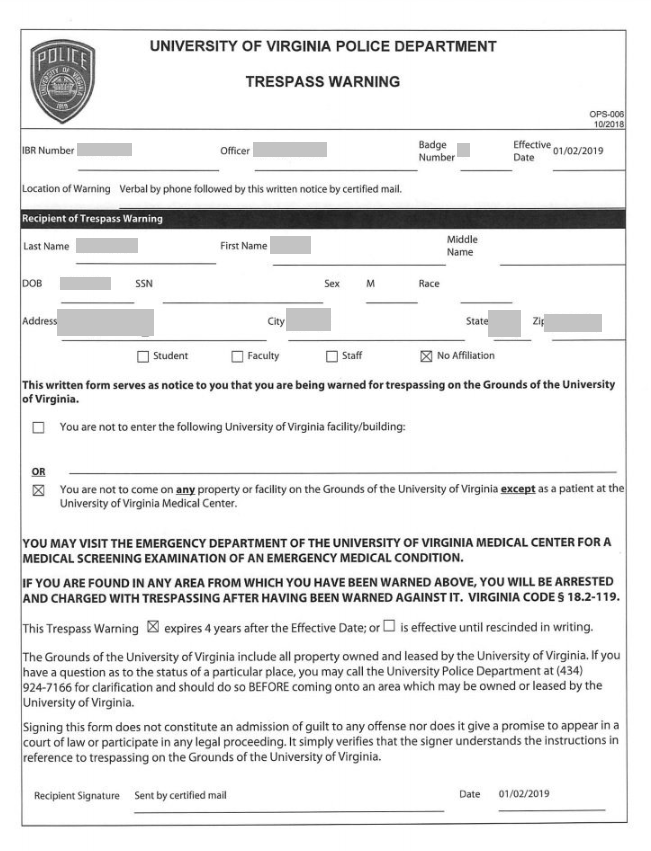 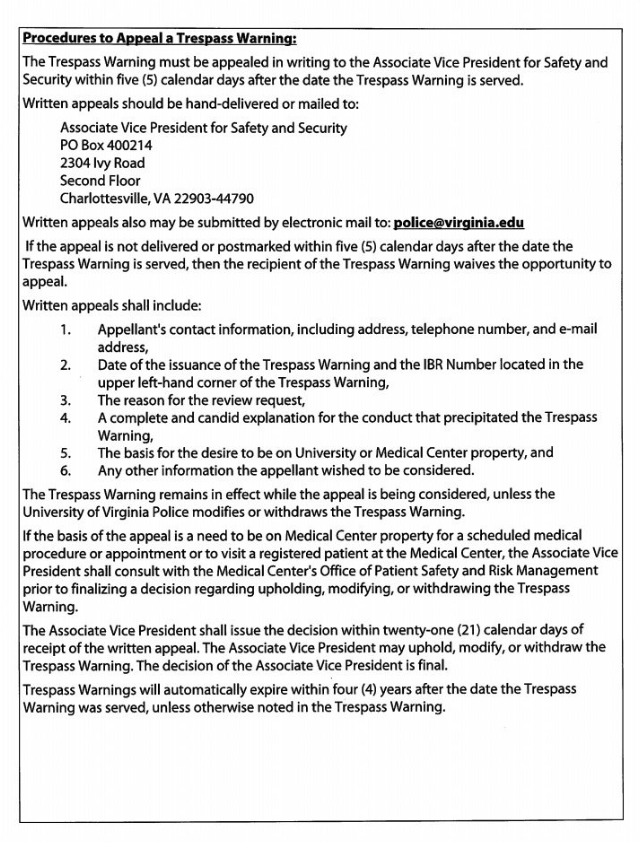 Interesting observation: the warning citation (second screenshot) shows the student as having “no affiliation” with the university, even though he has only been suspended.

It is unknown at this time why the student visited the campus.